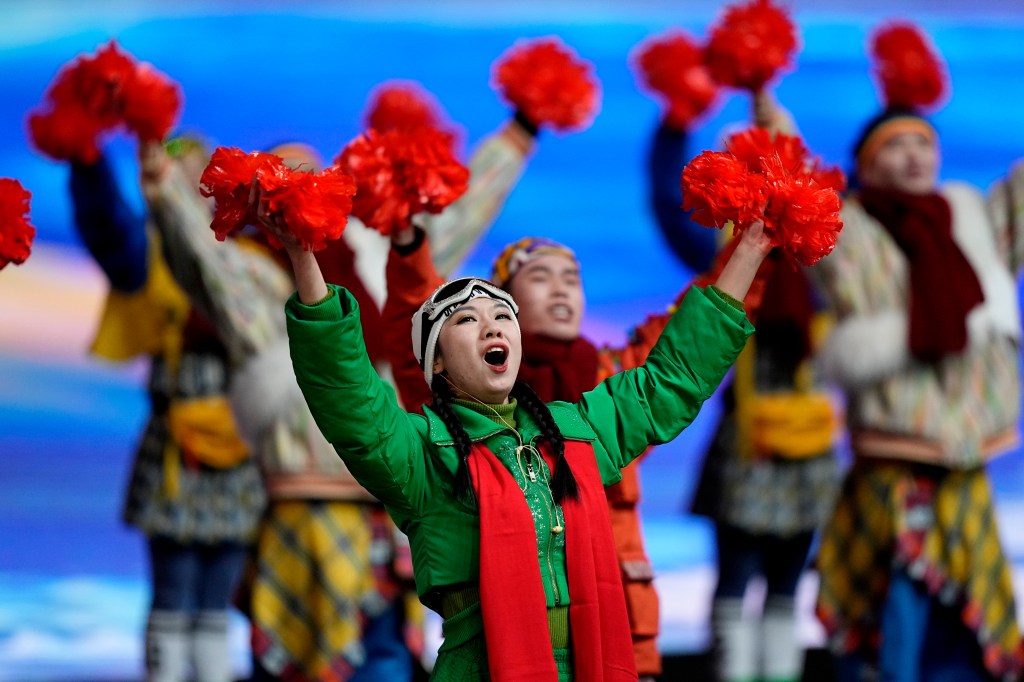 
The opening ceremony of the 2022 Winter Olympics is just getting under way in Beijing. Overseeing the event is filmmaker Zhang Yimou, back after directing the 2008 Summer Games opener to global acclaim. This time around, Zhang has said the ceremony will have a romantic tone that he hopes will “amaze the whole world.”

Speaking to China’s CGTN recently, Zhang said, “By expressing a romantic feeling at such a grand opening, we are hoping to depict the romantic perspective, which is in fact a perfect reflection of cultural confidence… If we create a romantic moment… then we are going to amaze our audience and amaze the whole world.” See the full video below.

Attendees began filing into the Bird’s Nest stadium in Beijing this evening local time, with strict controls including multiple temperature checks and proof of negative Covid tests, according to reports from French media. The arena can hold 91,000 people, but will be far from capacity, with spacing of one seat between each person.

The Games are opening under a cloud of tension between China and the U.S., which along with other countries has implemented a diplomatic boycott over the PRC’s “ongoing genocide and crimes against humanity in Xinjiang and other human rights abuses,” White House press secretary Jen Psaki said in December.

For Chinese President Xi Jinping, these games may not be quite the victory lap following the success of 2008. They also come at a time when China seems to be turning more inward, a fact that’s certainly been evidenced at the box office.

USC professor and China expert Stanley Rosen says, “2008 was the big coming out party… 2022 was meant to be the victory lap, but with COVID uncertainties, the Olympic bubble separating the games from the rest of China, and the Peng Shuai case still likely on the minds of at least some athletes, China just wants to get through the games unscathed.”

Rosen adds of the local audience, “I suspect that everyone will be interested in Zhang Yimou’s opening ceremony, comparing it to 2008, but most people will be interested in any events where Chinese athletes have a chance to do well. I think these Olympics are about China showing they can host an Olympics during COVID and make a great success of it with their ‘zero tolerance’ policy.”

Do the games have the potential to help Xi and China in soft power terms? Rosen doesn’t think so, “unless they have a strong athletic showing and the politics go very smoothly. But the eyes of the democracies and human rights organizations will be on China looking for any slip-ups.”

Here’s the interview with Zhang Yimou: