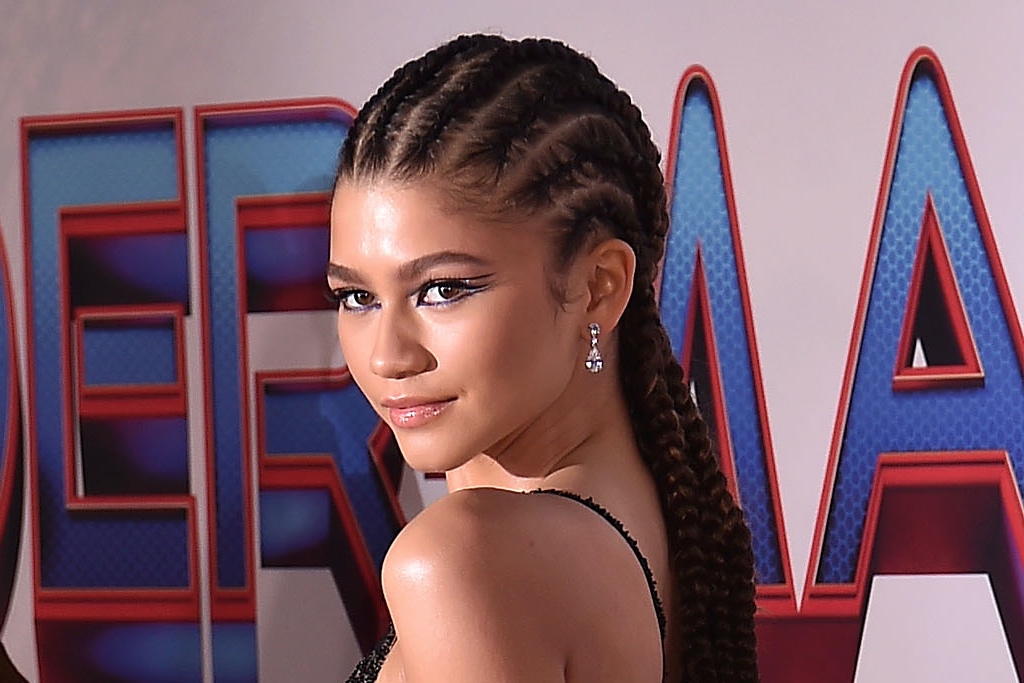 
Zendaya was sharply dressed ahead of the 2022 NAACP Image Awards in Los Angeles. Though the actress chose a different outfit for the evening—a 1956 Balmain strapless gown with glittering Bulgari earrings, to be exact—a second outfit was also in the mix, as seen in her stylist (and 2021 FNAA Style Influencer of the Year) Law Roach’s latest Instagram Reel.

The “Euphoria” star strutted and twirled before the Awards in the clip, dressed in full Valentino Couture. Zendaya’s outfit consisted of a sequined silver minidress with thin straps and a low neckline, as well as a sharp cream coat. Both pieces were dotted with 3D floral appliqués, which included shiny silver embroidery and clusters of pearls. The duo created a slick and glamorous statement, united by their matching blooms.

For footwear, the “K.C. Undercover” actress slipped on a pair of white Christian Louboutin pumps. The style featured pointed toes with leather uppers, as well as daring 4-5-inch stiletto heels. The pair was finished with Louboutin’s iconic glossy red soles, adding a pop of daring color to Zendaya’s monochrome ensemble.

However, this wasn’t Zendaya’s only bold Valentino moment as of late. The actress also starred in the brand’s spring 2022 “Rendez-Vous” campaign, alongside Piccioli and Roach. In the clip, Zendaya searches for her perfect outfit with the help of Roach and Piccioli in colorful Valentino jeans, suiting, draped and 3D floral shirts, flowing jackets and more, as well as standout sets of studded gladiator sandals. You can view the full video below.

Pointed-toe pumps—particularly Louboutins—have become a style staple of Zendaya’s. The actress frequently wears pairs with stiletto heels that coordinate with her red carpet ensembles. The pair adds a streamlined and sharpened effect to a range of outfits due to their sleek pointed silhouettes. In addition to Zendaya, Lily-Rose Depp, Amanda Seyfried and Karlie Kloss have also worn pairs by Chanel, Saint Laurent and Manolo Blahnik in recent weeks.

When it comes to shoes, the former “Shake It Up” actress has been spotted in strappy sandals, boots and pumps from Jimmy Choo, Roger Vivier and Casadei. She also serves as a frequent collaborator with fashion brands including Tommy Hilfiger and as a brand ambassador for Valentino, Bulgari, Lancôme and Covergirl Cosmetics. The actress has even ventured into designing, having launched her affordable clothing line, Daya by Zendaya, in 2016. Zendaya has become a front-row fixture during fashion month as well, attending runway shows for Michael Kors, Vera Wang, Louis Vuitton, Rebecca Minkoff and others.

Click through the gallery to see Zendaya’s red carpet style evolution over the years.