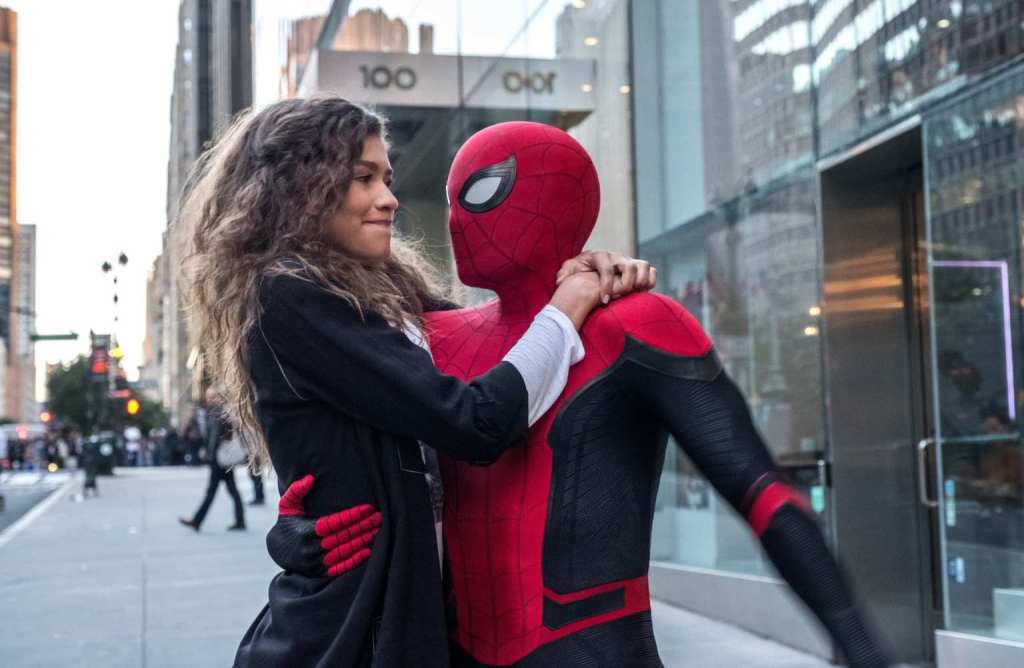 
Spider-Man: No Way Home stars Tom Holland and Zendaya really want to be a part of the Spider-Verse.

The duo spoke with Syfy Wire and expressed excitement at the idea of appearing with Miles Morales in the animated multiverse.

“Love them and I’m just waiting for the phone call. Guys, call us. Put us in your movie, we want to be in it,” Zendaya said.

Holland followed up by commenting how Sony producer Amy Pascal brought up the idea of a crossover while he was shooting the third installment of the Spidey franchise starring Holland, Spider-Man: No Way Home.

“Amy actually asked me on the set of this movie and no one has come back to me,” Holland says, prompting Zendaya to ask: “Yeah, what the heck?”

While Pascal and Holland haven’t spoken about the idea further, maybe there is a possibility for crossover in the future due to Into The Spider-Verse producer Christopher Miller’s response on Twitter.

It is not hard to understand why both Holland and Zendaya want to be a part of Spider-Man’s animated universe. The first film was an ultra success at the box-office with $375 million dollars worldwide, it rated highly among Spider-Man fans and film critics, and won an Academy Award for Best Animated Film in 2019.

Clips from the sequel, Spider-Man: Across The Spider-Verse have already hit the internet and this installment will chronicle Spider-Man Miles Morales, as he teams up with Miguel O’Hara (Spider-Man 2099), and Spider-Gwen to face off with a powerful super-villian.