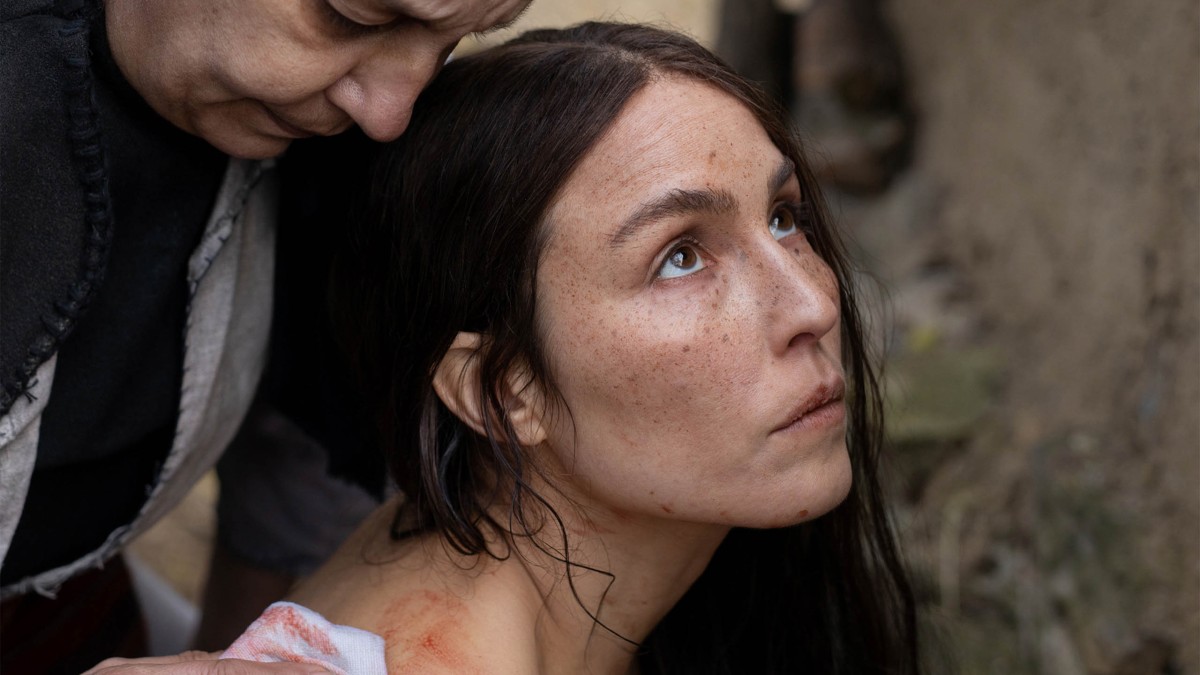 This review is part of our coverage of the 2022 Sundance Film Festival.

The Pitch: In 19th-century Macedonia, a young girl is born to a woman in a remote mountain village. But mere days after her birth, the mother is approached by Old Maid Maria (Anamaria Marinca), a mysterious, ancient witch — covered in flame-scarred skin — who lives outside the village and takes the blood of first-born children. Fearing for her child’s life, the mother takes her to a remote mountain cavern free from the witch’s influence, keeping her there for sixteen years without any other human contact.

Eventually, the witch comes for her anyway, and soon the girl is transformed into a witch-creature like her, living under yet another stifling parental environment. Before long, she’s left to wander the Macedonian mountains by herself, with nary an idea of how to interact with other people. Soon enough, she accidentally kills a villager with her powers and learns to take the skin of others and live among them.

Before long, the girl embarks on a journey of self-discovery, trying on different skins (literally) to discover who she truly is and how she fits into the broader world that’s been stolen from her.

Parallel Mothers: In the opening shot of Goran Stolevski’s You Won’t Be Alone, a cat wanders into frame, surrounded by the bucolic hills and grazing sheep of the Macedonian hills. Then it jumps out of frame, and we hear yowling, crunching, flesh ripping; the same cat wanders back into our field of vision. Something has consumed it and taken its skin for its own.

It won’t be the last time a life will be snuffed out, stolen, and reused in You Won’t Be Alone, a film as much about the mortifying cycles of life and death as it is humanity’s feeble but noble attempts to craft meaning from that cruelty. The film, of course, takes inspiration from Macedonian folklore, tales of witches who can change their skin and steal your children. But Stolevski turns that conceit on its head, viewing humanity from the lens of the creatures who live on its periphery and are simultaneously hunter and hunted.

The vehicle for that exploration, of course, is our protagonist, a Nell-like feral girl cut off from civilization and left to rediscover it. In its early stretches, she (we’ll call her Nevena for now since that’s the name her birth mother gives her, though she’ll take others by film’s end) is beholden to strict maternal figures who fear the world’s impact on her. Her birth mother hides her away in a cave; when that fails, her “witch-mama” instructs her to think of other creatures — including people — as “blood, not playthings.”