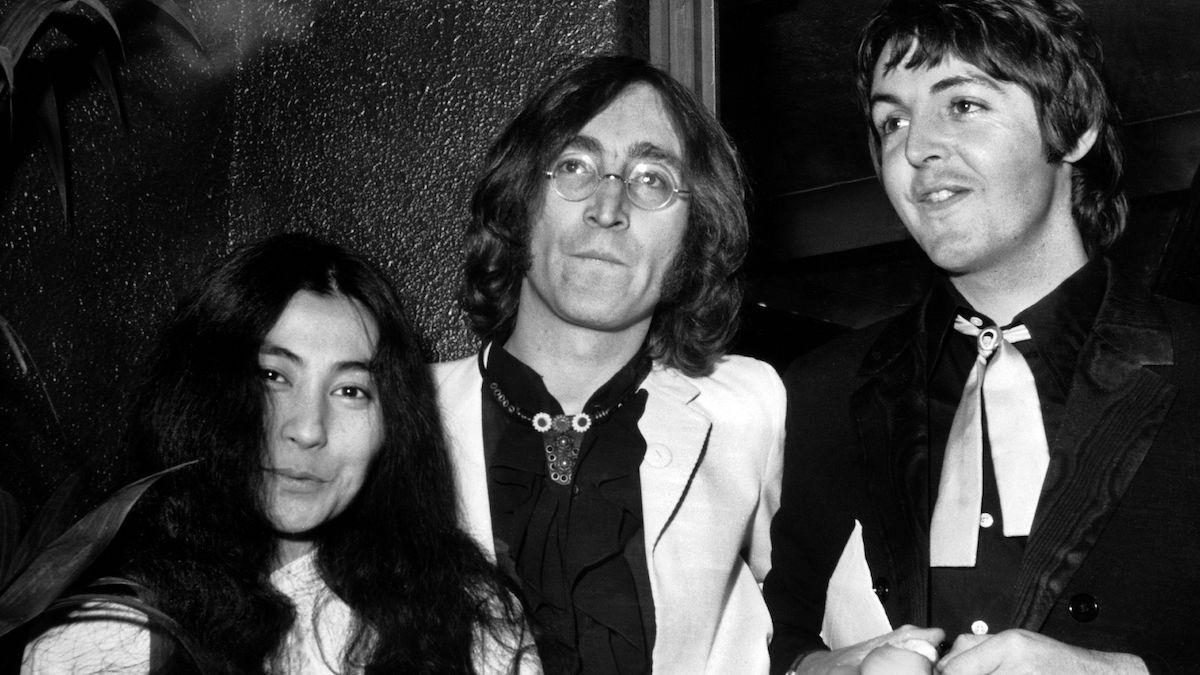 Yoko Ono has shared an Uproxx article that suggests Peter Jackson’s titanic new documentary Get Back proves she didn’t break up The Beatles.

Ever since the Fab Four disbanded in 1970, some fans have laid the blame on John Lennon’s wife Ono. This theory never held up under scrutiny, and it’s been further disproved with the release of Get Back, which shows Paul McCartney micromanaging, George Harrison growing frustrated, and Lennon mentally checking out, all while Ringo Starr smiles gamely in an attempt to keep the recording process for Let It Be from totally falling apart.

Uproxx collected viewer reactions on Twitter, with many fans noting that Ono’s in-studio presence was incredibly mild. During the eight-hour documentary, she reads the paper, sorts through the mail, chats quietly with Linda McCartney, and occasionally goofs around with her husband. Her presence in the studio may seem bizarre, but for doc viewers and the bandmates themselves, she quickly fades into the background

Ono didn’t directly comment on decades of misplaced blame. But her choice to share the Uproxx article suggests she’d like to set the record straight, and perhaps Get Back can dispel these malicious rumors once for all.

For his part, director Jackson seems to agree. He recently told 60 Minutes, “I have no issues with Yoko… I can understand from George and Paul and Ringo’s point of view it’s, like, a little strange. But the thing with Yoko, though, that they have to say, is that she doesn’t impose herself. She’s writing letters, she’s reading letters, she’s doing sewing, she’s doing painting, sometimes some artwork off to the side. She never has opinions about the stuff they’re doing. She never says, ‘Oh, I think the previous take was better than that one.’ She’s a very benign presence and she doesn’t interfere in the slightest.”

Check out Ono’s post sharing the article below. The Beatles: Get Back is available to stream on Disney+, and if you’re so inclined, you can check out the five most surprising revelations from the documentary.