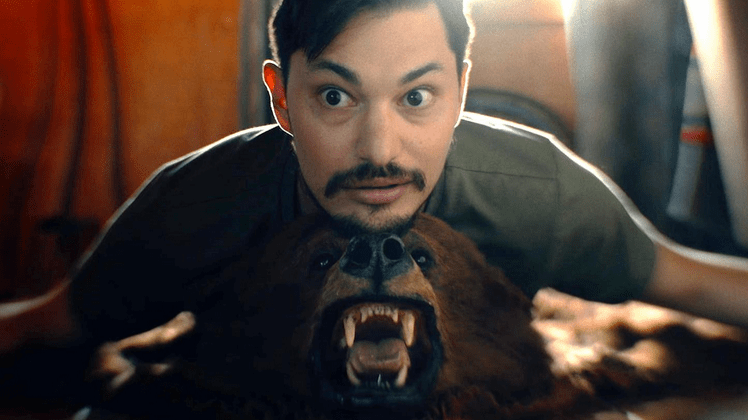 
EXCLUSIVE: XYZ Films has acquired North American rights to the LGBTQ horror-thriller Hypochondriac, starring Zach Villa (American Horror Story), Devon Graye (I Don’t Feel at Home in This World Anymore), Madeline Zima (Californication), Chris Doubek (Boyhood), Marlene Forte (Knives Out) and Paget Brewster (Criminal Minds), ahead of its world premiere in the Midnighters section of the 2022 SXSW Film Festival on March 14. The indie studio’s domestic distribution division has slated the film for a nationwide release in theaters and on digital later this year.

The Minutehand Pictures production marking the feature directorial debut of writer-director Addison Heimann centers on Will (Villa), a young, gay Hispanic artist, who is one gregarious guy. His boss is terrible, but he’s got a great boyfriend and a great job. Unfortunately, behind that veneer is a dark past of violence and mental illness. When his bipolar mother comes out of the woodwork after 10 years of silence, he spirals into a nightmarish mental breakdown where his past will not stay hidden any longer. Bay Dariz produced alongside John Humber.

“Addison Heimann is one of the most exciting genre filmmakers out there and HYPOCHONDRIAC is an incredible feature debut,” said XYZ’s Head of Domestic Distribution, James Shapiro. “It’s a fact that Horror has always been queer and Addison’s goal in life is to elevate and empower LGBTQ characters in the genre space and I’m beyond excited to help him do that.”

“HYPOCHONDRIAC is the story of my mental breakdown. Not an exact retelling, but an emotional one — taking my broken heart at the time and turning into something that feels exactly how it felt to lose control,” added Heimann. “I’m thrilled to be partnering with XYZ to elevate such a personal story about my life in hopes that maybe people will see it and feel less alone in their struggle.”

XYZ Films is a producer, financier, and distributor founded by Nate Bolotin, Nick Spicer and Aram Tertzakian in 2008 that has recently expanded into talent management, working with a global roster of filmmakers. Since the beginning of the Covid pandemic, the company has had a standout run of releases, with six movies reaching #1 on Netflix (including recent productions Stowaway starring Anna Kendrick and Toni Collette, and Synchronic starring Anthony Mackie and Jamie Dornan) and several titles reaching #1 on TVOD charts (including films The Silencing and Alone). Since its inception, it has produced such genre hits as The Raid franchise from Gareth Evans, Karyn Kusama’s The Invitation, Panos Cosmatos’ Mandy, and Macon Blair’s Sundance Grand Jury Prize winner I Don’t Feel at Home in This World Anymore.

Shapiro negotiated the deal for Hypochondriac on behalf of XYZ Films, with Chad Russo of Ramo Law on behalf of the filmmakers.