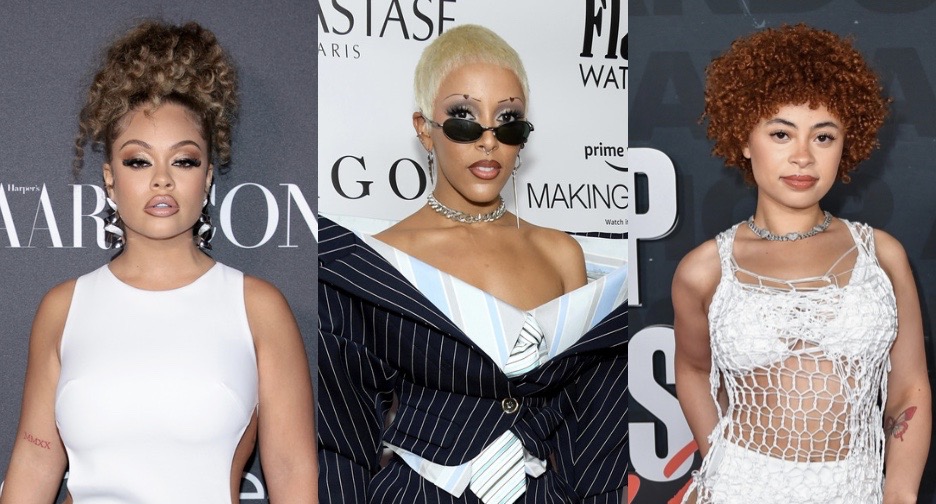 
Twitter users aren’t sure how to feel about a far-reaching thread began making rounds online over the weekend.

It all began on Saturday when a user kicked off the thread, which boasts over 115,000 favorites and nearly 5,000 retweets.

The short list consists of 10 women who the user thinks are the “hottest” stars in the rap game. It kicked off with none other than beloved “Munch” rapper Ice Spice.

Thread of the hottest female rappers

Other noteworthy stars who were mentioned include big-name artists like Latto, Megan Thee Stallion, Doja Cat, Saweetie and Nicki Minaj.

While this mainstream list didn’t offer very many exciting surprises, it did spark a conversation surrounding why these artists were listed.

Specifically, users called out the list for largely being comprised of light-skinned Black women, which opened up a conversation on colorism and the ol’ “brown paper bag.”

I got a feeling if I go through this thread I won’t find a woman darker than a brown paper bag. https://t.co/7NY3Ssj84j

Had one of these near by for the list? https://t.co/6ByycWxSiB pic.twitter.com/KvdXTZAcXt

Where the dark skin women? https://t.co/DfhbgnkDKo

People also proceeded to mention other women who they believe should have been included, such as Flo Milli, JT, Yung Miami, and Dreezy.

Y’all play a little to much in black women’s faces for me.. everyone has their opinions & preferences.. but I would like to present.. Four Beautiful Black Woman to the conversation.
1. Omeretta
2. JT
3. Kali
4. Doechii pic.twitter.com/Ya5cCIm38V

JT & Caresha not being on this list is a crime. https://t.co/jH17POvXHS

It was also popularly alleged that Ice Spice should be #1 on the list as opposed to #10, showing that she’s still a fan favorite on the platform.

Ice spice should be No.1 pic.twitter.com/Xdsq9NU7RQ

With the entries, some accused people of valuing physical appearance over talent when it comes to women in the rap game.

When you say hottest are you talking about looks? Cause Ice Spice is a shitty rapper, same with Rubi Rose and Saweetie. It’s actual female rappers that be spitting bars and bodying beats and y’all put these weak ass rappers on here 😭 like wtf. Where Omeretta, Monaleo? https://t.co/iQLcqjQFTk

Generally, while some were pleased with the list, most users slammed it as “invalid.”

Young Joc Spoke On The Future Of The Female Rap Scene

While on the subject of women in hip hop, we should add that Young Joc recently shared his thoughts on the state of female rappers.

During an interview with VladTV, Joc made it a point to share his thoughts on what women in rap have to go through.

He went on to say that he foresees “bullyish” behavior leading to the downfall of some female rappers, as The Shade Room previously reported.

What do you think about the original Twitter thread, as well as the ensuing discussion it sparked online? Also, who would you include on your list of “hottest female rappers”?