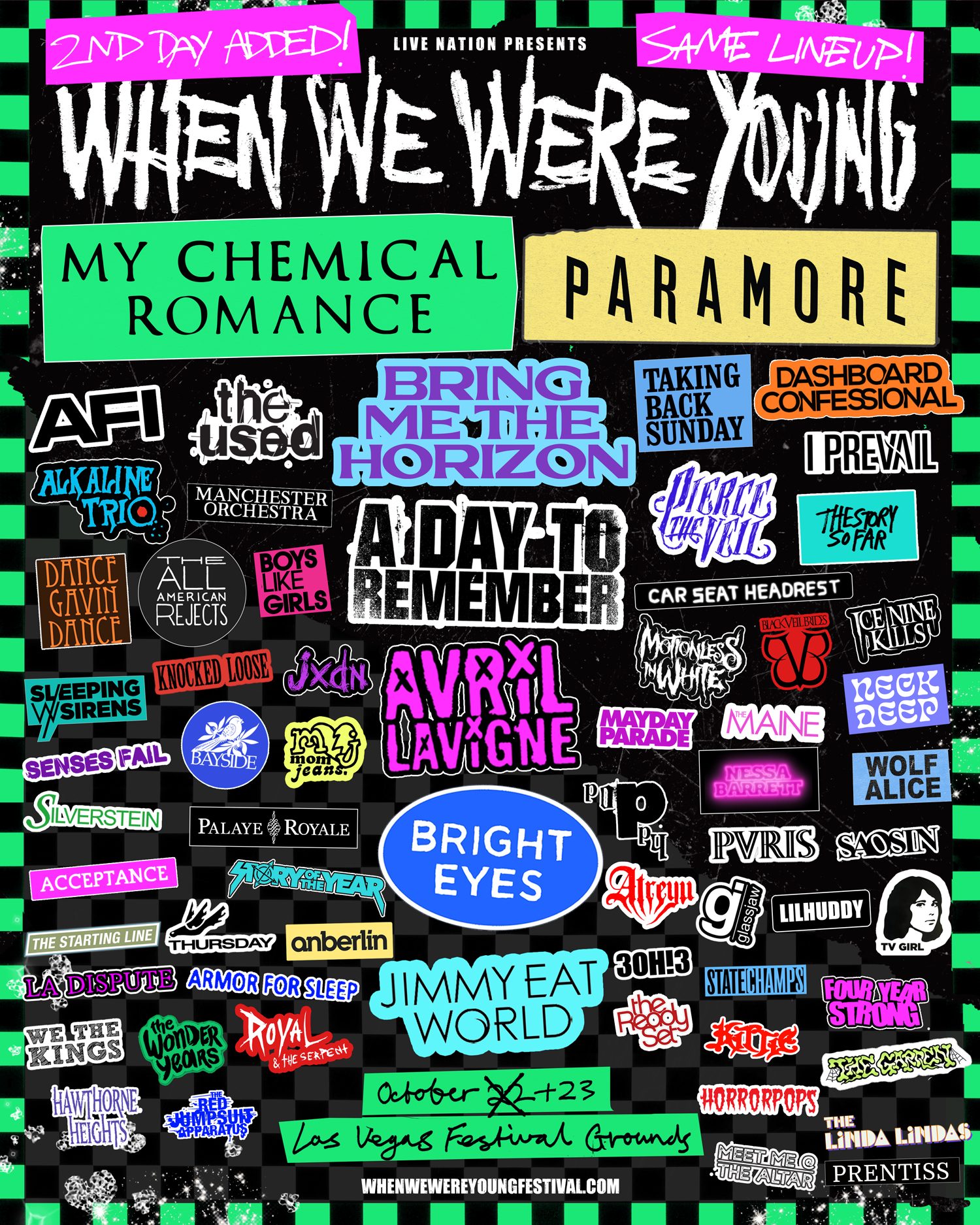 
When We Were Young, the emo nostalgia festival that everyone on Twitter was going nuts for this week, has added a second day featuring the same lineup. My Chemical Romance, Paramore, AFI, The Used, Bring Me The Horizon, Taking Back Sunday, Dashboard Confessional, et al. will now be playing the Las Vegas Festival Grounds on Saturday, 10/22 and Sunday, 10/23, with GA tickets starting at $224.99 available now.

Some fans are worried that so many bands playing on the same day will mean the set times are extremely short, and that’s not the only concern. The festival is run by Live Nation, who are currently facing multiple lawsuits and a congressional investigation over their role in the Astroworld tragedy that left eight dead and many more injured, but a spokesman for When We Were Young says that the safety measures have been “thoroughly planned.”

“The safety of fans, artists and staff is thoroughly planned for among event organizers and in coordination with local authorities,” a spokesperson for the festival told Newsweek. “We have seen a lot of excitement around this festival and we look forward to putting on an incredible event for all of the fans this October. We encourage fans to check the festival website and socials for all of the latest updates.”