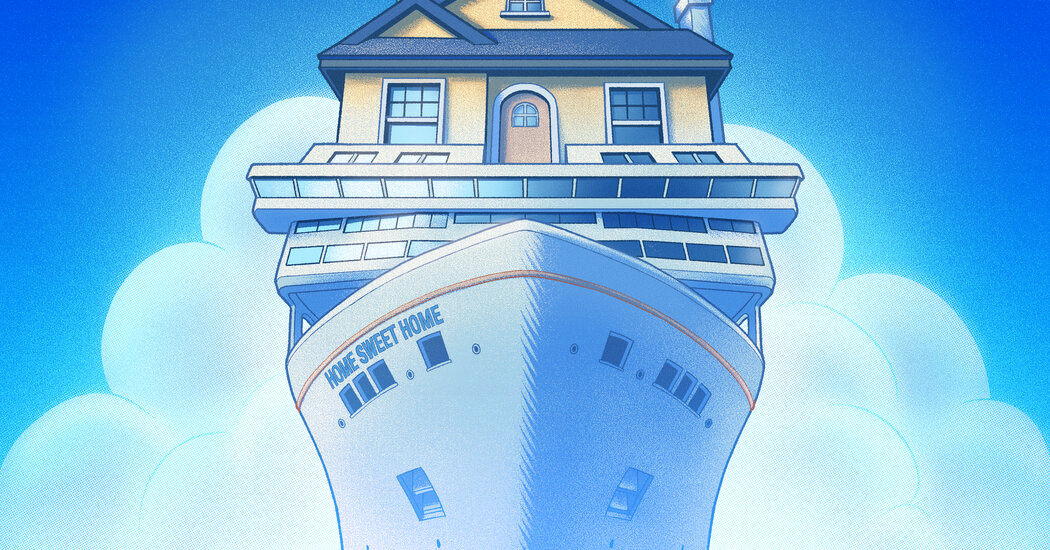 
“We really were homesick for our second home,” Ms. Muller said, pausing to order her dinner without glancing at the menu. “It’s Tuesday, right? I know Tuesday’s menu.” (She’s been on 115 cruises.)

Frank Shumard, 69, had a big plan for when he retired from his position as a transportation safety director for Waste Corporate of America six years ago: He would move from his home in Shell Knob, Mo., to a condo in nearby Table Rock Lake, and he’d spend his winters cruising and his summers on the lake. “I didn’t even care where I was going when I was on the cruise — I was happy just to sit up on the lounge chair and watch the ocean go by.”

He cheered himself up by creating a “drink of the day,” and posting it to the Holland America Cruise Facebook fan page. Eight hundred drinks later, Mr. Shumard and his partner, Lynn Shriver, climbed back onboard, and immediately spotted his favorite bartender.

“It was so nice to see a face that I knew, and to shake hands, and it was such a relief to see that he was there, that he was well: It was magical,” Mr. Shumard said.

Loyal to their lines

All the major ship lines, from Royal Caribbean to Princess to Holland America, have their own loyalty programs that reward frequent sailors with everything from drink coupons to room upgrades. But while the perks are big business — and the cruisers proudly wear their loyalty badges in the forms of pins and other jewelry — many cult cruisers say they don’t return to the same lines because of the rewards.

Instead, they pledge fealty to a specific cruise line for how it syncs with their personalities and desires. The Royal Caribbean cruisers, for example, say they love the friendly crew and passengers they consistently meet on the ships. (The cruise line says one of its biggest fans has spent 9,500 nights onboard.) Viking cruisers point to the line’s luxury and all-inclusive pricing (Wi-Fi, basic alcohol packages during meals and shore excursions are included in the base fare). Holland America fans return for the crew, the food and the intriguing itineraries, like a 35-night cruise that makes stops along England, Scotland, the coast of Norway, Iceland and the Norwegian-controlled Arctic island of Spitsbergen. Many. Many Holland America ships include outposts of B.B. King’s Blues Club, and the focus on live music also draws many repeat visitors.