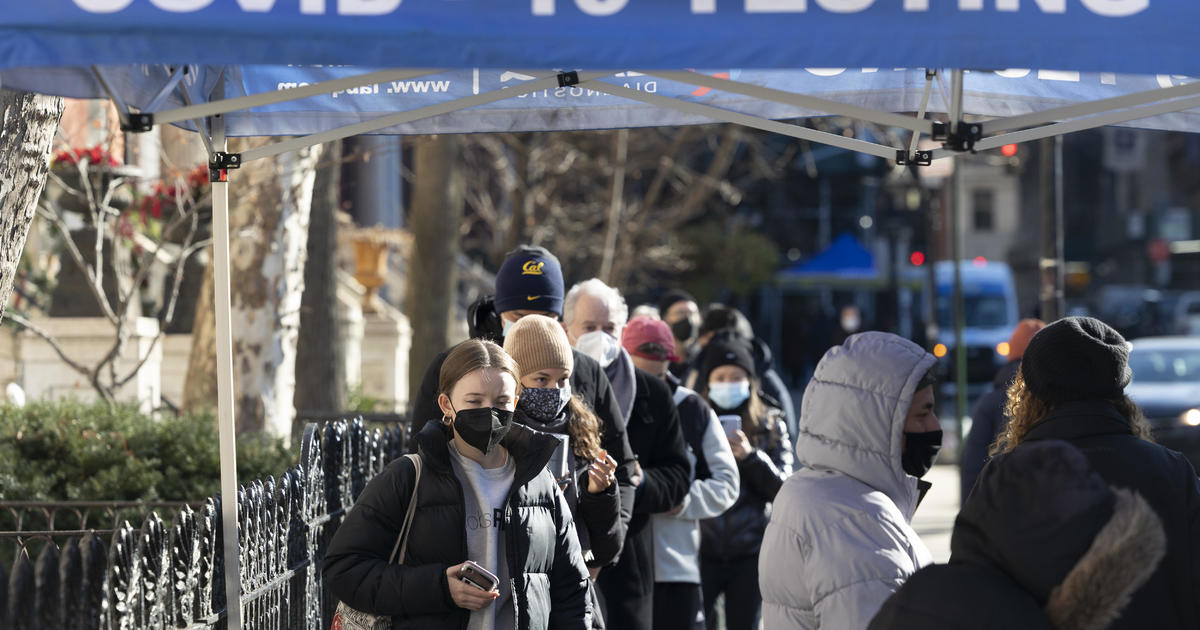 
A COVID-19 testing company that claimed to run more than 300 pop-up locations across the U.S. is under investigation by state and federal agencies for allegedly delivering inaccurate and even falsified test results.

The Federal Bureau of Investigation on Saturday searched the Rolling Meadows, Illinois, headquarters of the Center for COVID Control, founded in 2020 by married couple Akbar Syed and Aleya Siyaj, after numerous investigations had already been launched into the company, according to USA Today.

The Chicago office of the FBI did not immediately reply to CBS MoneyWatch’s request for comment, nor did the Center for COVID Control. A spokesperson for the testing chain told USA Today that the company “has been in communication with a number of regulatory and law enforcement agencies regarding the company’s operations” for the “past several weeks.”

A statement on the Center for COVID Control’s website said all the company’s operations are currently suspended and that it is not administering COVID-19 tests at any of its sites.

“CCC remains committed to providing the highest level of customer service and diagnostic quality and will not resume collection of patient samples until staffing resources permit CCC to operate at full capacity,” the company stated, while noting that it plans to “train additional staff on sample collection handling, customer service and communications best practices, as well as compliance with regulatory guidelines.”

At the peak of its operations, CCC was running more than 300 test collection sites across the U.S.,and processing samples through a partner lab.

Syed and Siyaj flaunted their wealth on social media, posting pictures of luxury cars, including a Lamborghinis and a Ferrari, as well as a new home, USA Today reported.

The Minnesota Attorney General’s office last week filed a lawsuit against the Center for COVID Control and its main lab, alleging they “either failed to deliver test results, or delivered test results that were falsified or inaccurate,” after Minnesotans who relied on the company complained of never receiving their COVID-19 test results.

Former employees of the company said demand for its services grew so rapidly that the testing sites could not keep up. Former employees described samples “being stuffed in trash bags strewn across the office floor,” according to the attorney general’s office.

“I’m holding these companies accountable that sent back false or inaccurate results, when they sent them back at all, for deceiving Minnesotans and undermining the public’s trust in testing,” Attorney General Keith Ellison said in a statement.

The Center for COVID Control is also under investigation by the Illinois Attorney General’s Office, the Oregon Department of Justice and the Centers for Medicare and Medicaid Services, part of the U.S. Department of Health and Human Services.

Various agencies have warned consumers to be leery of unregulated testing outfits, as well as rapid tests that have not been authorized by the Food and Drug Administration. In addition, the surge in demand for COVID-19 testing brought on by international travel regulations and the spread of the highly contagious Omicron variant has encouraged scam artists to enter the COVID-19 testing market.