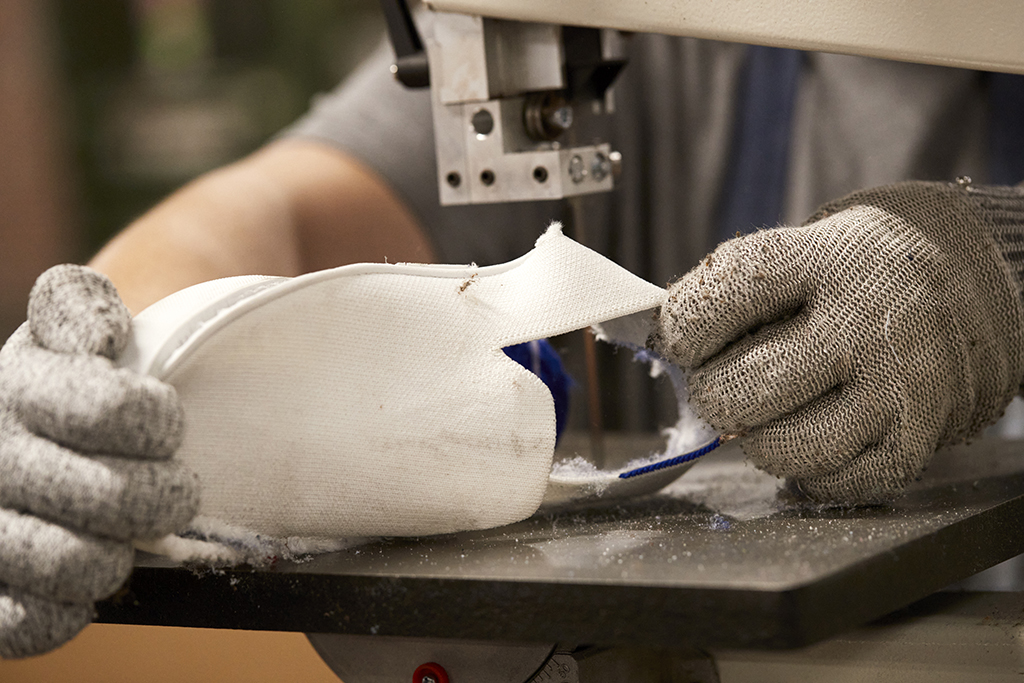 
Rothy’s is that much closer to reaching circular production, a commitment the company made last year. In order to do so, Rothy’s also announced the launch of its pilot recycling program that has been well underway.

Since announcing the pilot, 20,000 pairs have been recycled, according to the company.

Part of the recycling program involves the customer. Rothy’s first tested the pilot last October with in-store shoe drop-offs and incentivizing customers with $20 off a same-day purchase for those who took part in the program. Ultimately, the program needs to be accessible to all customers, which is what the company is working on.

“Within our industry, that infrastructure just doesn’t exist,” Rothy’s head of sustainability Saskia Van Gendt, explained to FN. “How do you, as a brand, develop all the infrastructure that’s needed to take the shoes back and actually convert them into materials that can be used again? So we’ve had to build that from the ground up.”

The exec said she’s optimistic that Rothy’s will be able to provide this knowledge to the rest of the industry to create a solution at scale, and bring the consumer along the journey.

Although there’s been inevitable challenges, Van Gendt said 2023 is still the goal when it comes to launching its at-scale recycling program and to create a truly circular material through that twice-recycled thread. Through that process so far, there have been many learnings, including changes to the structure and colors of the shoes’ materials, for instance.

“We are figuring out how we prototype and understand the structure, the elasticity and the color constraints around that and looking at prototyping footwear or other products that we can make from that twice-recycled material,” she said.

Last year, Rothy’s also announced that it is aiming for a zero-waste certification, a process that looks holistically at the factory and how it minimizes waste in the entire operation. Van Gendt said they are targeting the end of 2022 to achieve that goal.

While Rothy’s has garnered a loyal following for its washable shoes made out of discarded plastic bottles created through a 3D-knitting process that uses the exact amount of material needed, the company is very much focused on the future and material innovations. Part of that being twice-recycled materials, as well as what the next kind of waste feedstock that’s ripe for transformation could be.

“If water bottles declined as a [source], it’s not to continue to produce water bottles so that we can use them as thread,” said Van Gendt. “We keep our minds open to other bio-based or plant-based [materials], which is also continuing to grow. Last year we launched a product with hemp, which has enormous regenerative properties. So we’re very open to kind of matrix of transforming waste, but then also looking at preferred bio materials.”