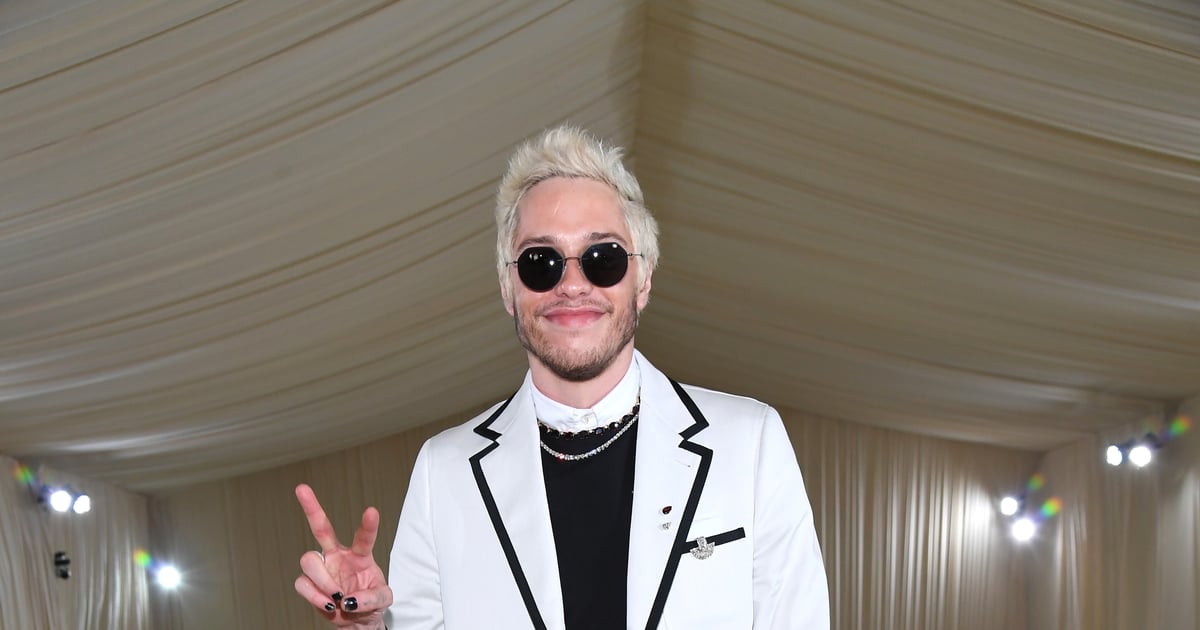 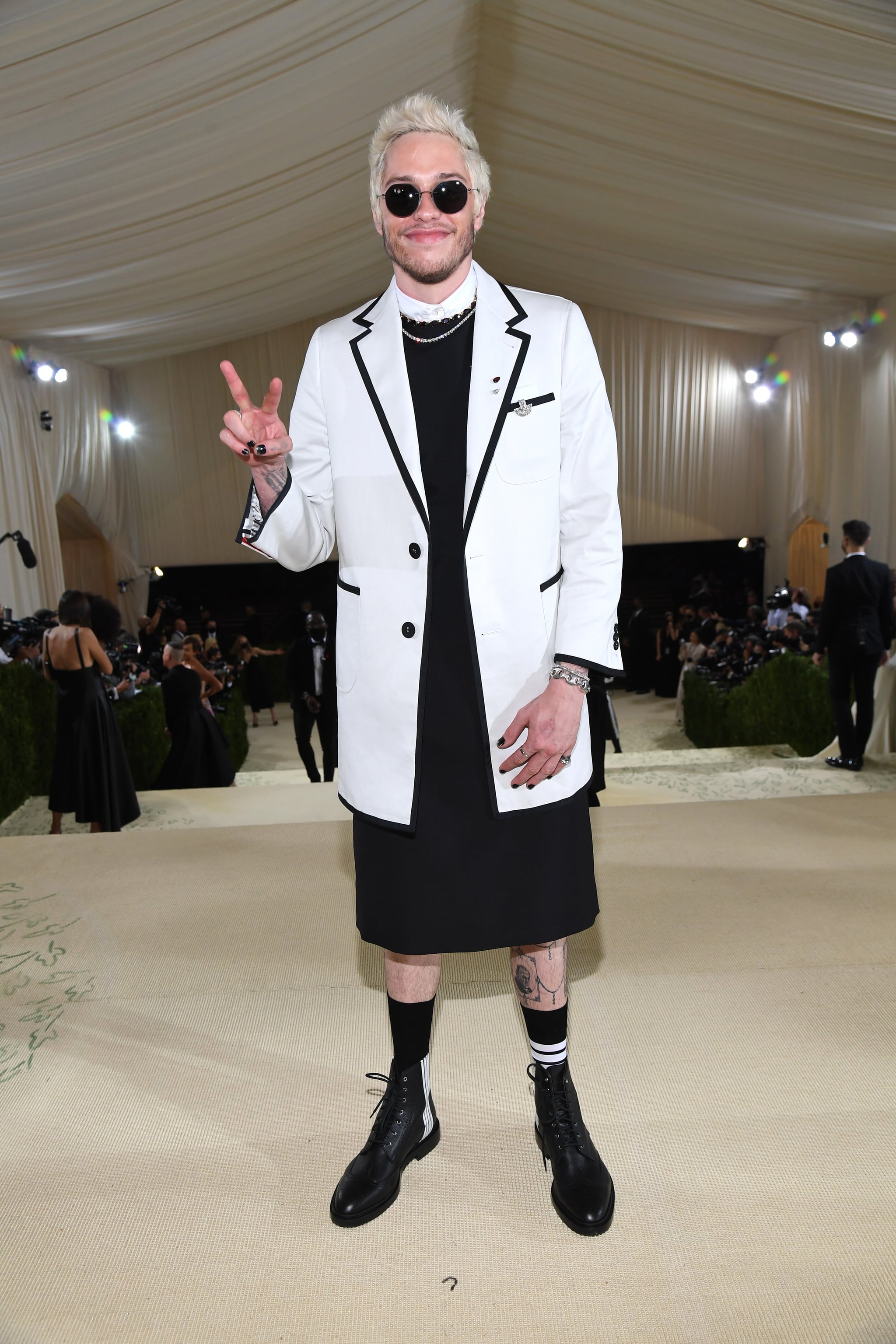 Pete Davidson is a brunette again. On Nov. 27, the comedian was spotted hanging out with Emily Ratajkowski and a few additional friends at a basketball game, and there was something noticeably different about him. The comedian’s hair was no longer platinum blond.

Davidson most recently dyed his hair blond on the heels of his then-girlfriend Kim Kardashian’s own hair transformation back in May, but that wasn’t the first time that he experimented with his hair color. In 2018 he was spotted in an icy-blue hue after splitting up with Ariana Grande, and before that, he was bleach-blond.

Davidson debuted this current dark-brown color in early October on the set of his new movie, “Bupkis.” This latest sighting, while simultaneously fueling rumors that Davidson and Ratajkowski are in fact dating, finds Davidson’s hair styled in a tapered fade — a departure from the close-shaven style that had become his signature over the last few months.

To see his beauty metamorphosis over the years, take a peek at Davidson’s natural and current hair colors below. 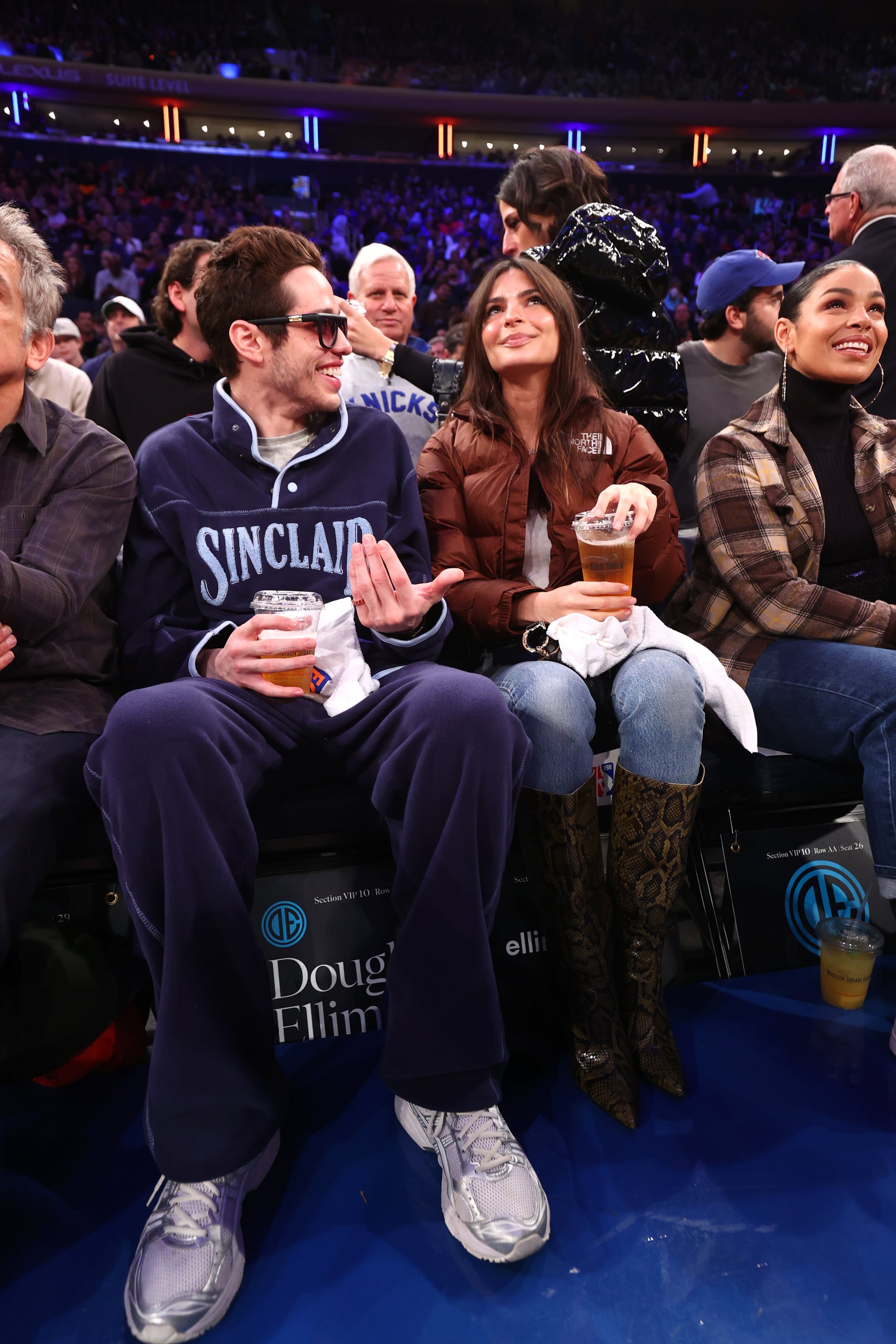 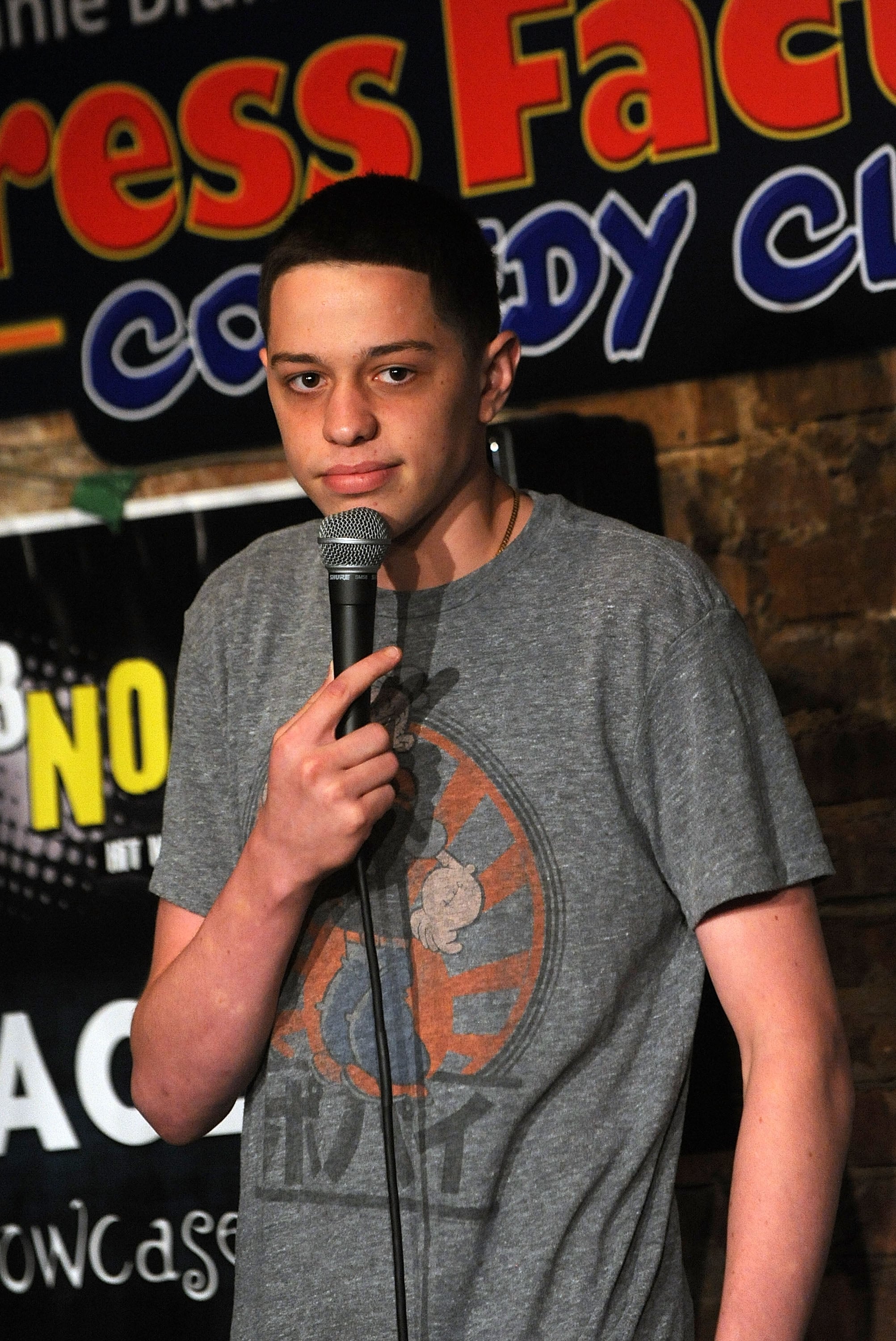