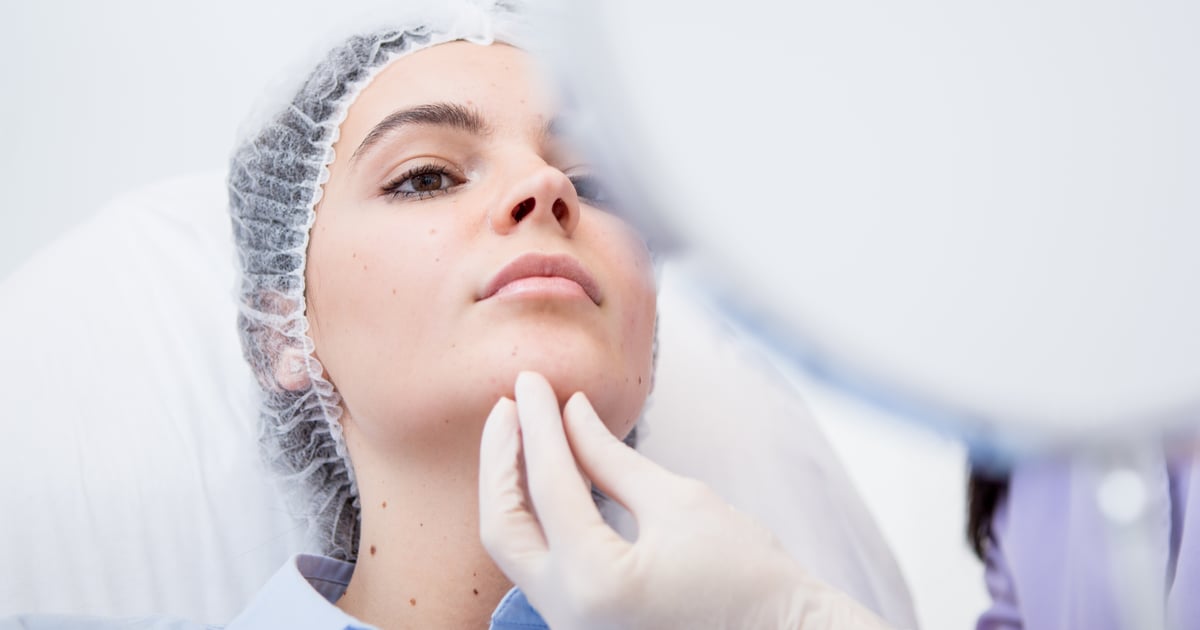 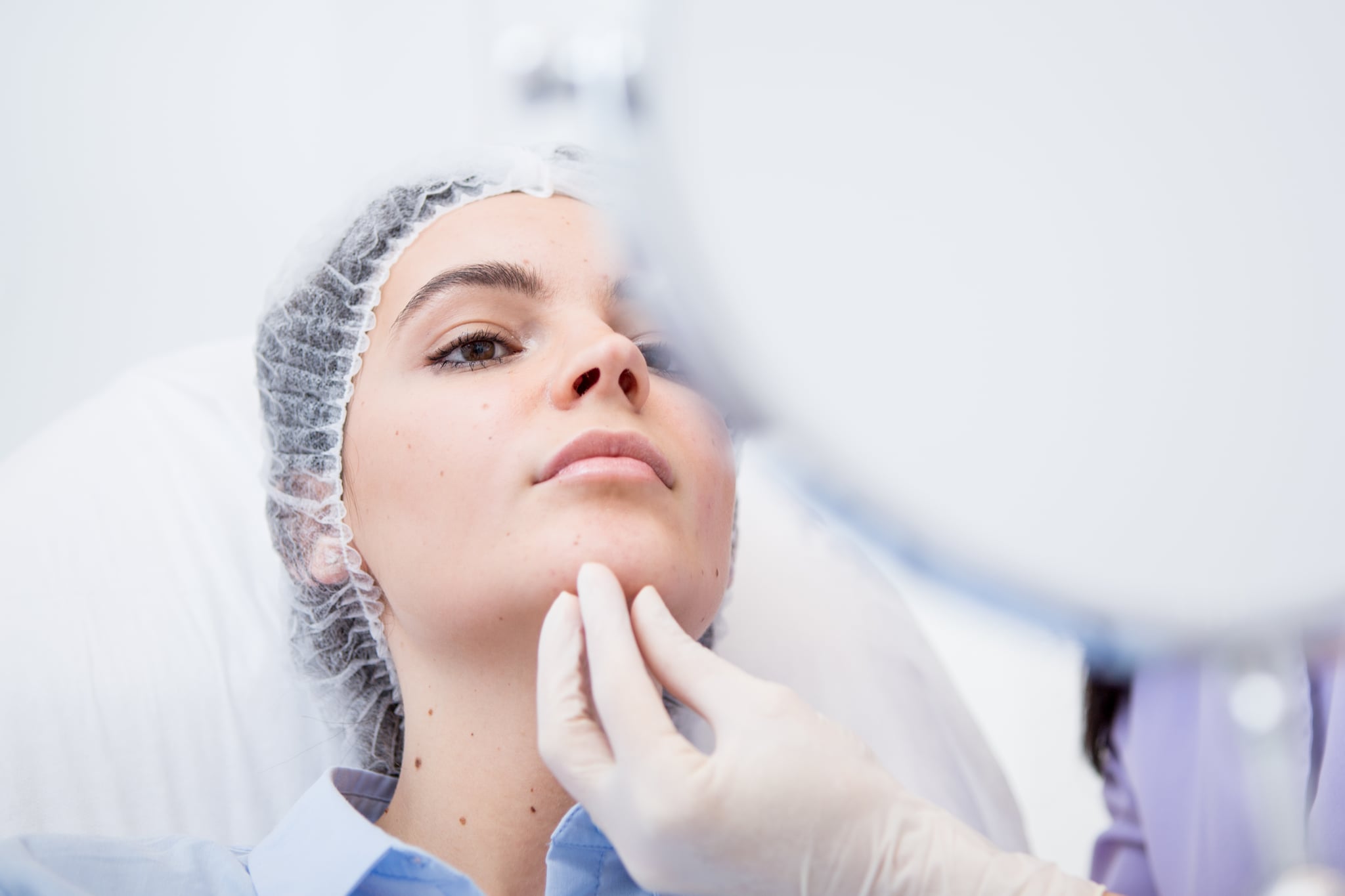 Though not as frequent, the plastic surgery space sees new beauty trends every year just the same as hair, makeup, and nails. Over the last couple of years, lip procedures, in particular, sparked a lot of interest. (Maybe because of face masks and the privacy they grant.) It started with the non-invasive lip flip going viral on TikTok, which involves injections around the lip area, but quickly spread to interest in surgical procedures, like the “bullhorn lip lift” (also known as a sub nasal lip lift).

Unless you’ve done your research or met with a plastic surgeon before, you may not realize there are many different types of procedures involving the lips, and the bullhorn lip lift is just one of them. It involves making incisions to shorten the space between the upper lip and the nose to make the lip look fuller.

To learn everything you need to know about the plastic surgery procedure, including the benefits and who makes the best candidate, keep scrolling.

What Is a Bullhorn Lip Lift?

Allow us to first make this distinction: the bullhorn lip lift is not a “tweakment” and it doesn’t utilize injections like filler and Botox — it’s a surgical procedure. “Also known as a sub nasal lip lift, [it] differs from a direct lip lift in the placement of the incision,” NYC-based plastic surgeon Konstantin Vasyukevich, MD, tells POPSUGAR. “The incision is hidden under the nose as opposed to along the margin of the lip.” Which is called a “direct” lip lift.

The placement of the incision allows you to achieve a slightly different result than with a direct lip lift. “[It] shows more pink tissue by shortening the distance between the nose and top part of the upper lip, thereby giving the appearance of fullness and height,” says dermatologist Azza Halim, MD. That’s not all: it also allows your upper teeth to become more visible, both at rest and when you smile.

What Are the Benefits of a Bullhorn Lip Lift?

Aside from giving you a fuller upper lip, the bullhorn lip lift is also favored by some for its incision location. “Many surgeons believe that the scar placed under the nose is far less noticeable than the one along the margin of the lip,” says Dr. Vasyukevich. “Also, this type of incision avoids the risk of lip scaring and resulting skin irregularities.” The scar is effectively hidden by the subnasal crease (right under the nose) and fades in three to four months.

There are a couple of factors that make you a good candidate for this procedure. It’s a good option for someone with an “elongated” or thinning upper lip, as well as someone with a large space between the nose and upper lip, be it from aging or having naturally thin lips. Because you’re going to see the biggest change at the center of the lip, Dr. Vasyukevich says, “People who are seeking the corners of the lip to be lifted are better served with a different type of procedure.”

“Younger patients who desire more permanent lip fullness or are not able to achieve desired results with fillers,” can also consider the procedure, according to Dr. Halim, but Dr. Vasyukevich recommends you rule out non-surgical options first. On the other hand, smokers and those with extreme photodamage are not ideal candidates as those characteristics can interfere with healing and cause scarring.

What Does a Bullhorn Lip Lift Cost?

Because a bullhorn lip lift is an elective procedure, it’s not covered my medical insurance and therefore, you will have to pay out of pocket for it. While the final total can vary, you should expect to pay anywhere from $2,000 to $5,000.

What Can You Expect During a Bullhorn Lip Lift Procedure?

Like with any plastic surgery procedure, it should start with a few consultation appointments with an experienced doctor. “Once you pick the surgeon, then the procedure and technique are explained, as well as postoperative care,” says Dr. Halim. When it’s time to get started, the surgeon will mark the incision lines at the base of the nose. “[That] shows how much skin will be removed.”

A bullhorn lip lift is an in-office procedure and can be done under local anesthesia injected at the incision site. In total, it only takes about one to two hours from start to finish, and the area is covered with a surgical bandage upon completion.

What Is the Expected Recovery Time For a Bullhorn Lip Lift?

There are a few things to keep in mind post-op. “Recovery consists of swelling, avoiding hot liquids, eating soft foods, not opening mouth wide, as well as keeping the incision clean,” she says. Dr. Vasyukevich adds: “[Expect] possible bruising in the area for about a week after surgery.”

After that, you should be able to clearly see the results and what your “new” lips look like.