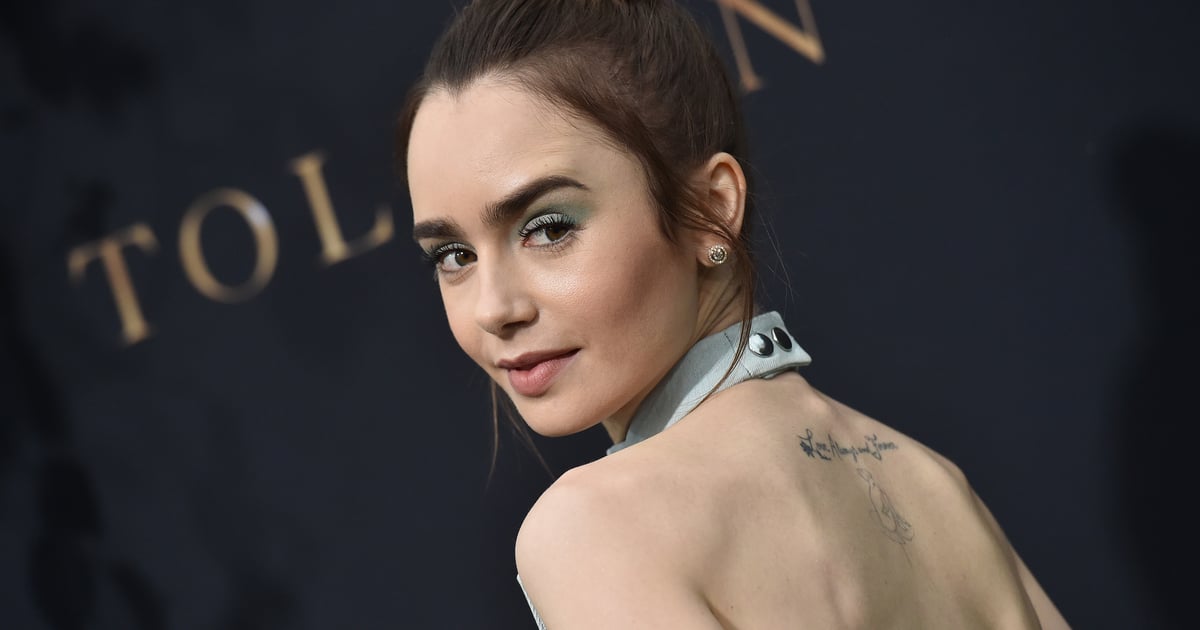 
Emily Cooper from Emily in Paris doesn’t have any tattoos (yet . . . ), but you may be surprised to learn that Lily Collins most certainly does. The actor isn’t the most forthcoming with her designs — all are either hidden or located in discreet places — but she has a total of five known pieces of ink so far.

Like many people, Collins carefully selected all of her tattoos and picked designs that hold a special meaning to her. For example, her back tattoo of a woman sitting on a lily pad is from her 2016 trip to South Korea. The crown on her wrist is a matching tattoo with her mom and represents her British heritage. All of Collins’s tattoos are in black ink using the celebrity-favorite fine-line style. Although each design is different, her tattoos all have a whimsical and even magical feel to them — just look at her fairy, rose, and crown designs. She also loves roses, which is clearly demonstrated in her designs.

Collins isn’t the only Emily in Paris star with body art. Ashley Park, who plays her onscreen best friend Mindy Chen, has four tiny tattoos, and Camille Razat (who plays Camille) has one on her forearm. To get a closer look at all of Collins’s tattoos and learn what they mean, keep scrolling.