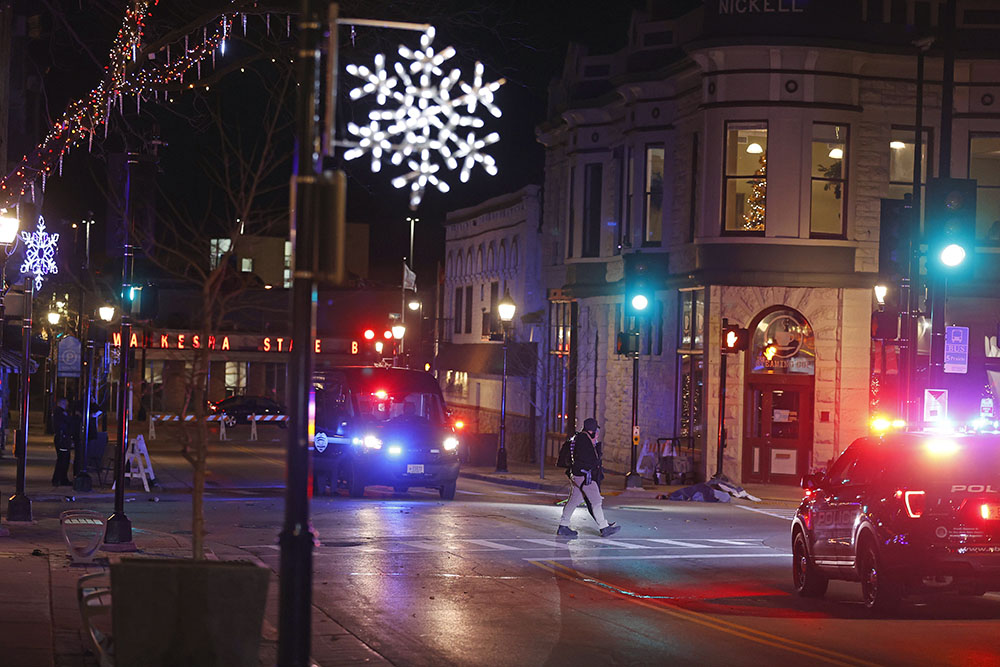 
UPDATE 11 PM PT: As of late Sunday night, five people had been killed and more than 40 were injured in the Waukesha, Wisconsin incident, in which a vehicle drove into a Christmas parade, city official said in a Twitter post, cautioning that “these numbers may change as we collect additional information.” According to Police Chief Daniel P. Thompson, it is unclear whether the incident was an act of terrorism.

PREVIOUS 8:30 PM: The Wisconsin city of Waukesha is mourning the loss of multiple bystanders, including children after a red SUV plowed through a Christmas parade on Sunday evening. More than 20 people were struck.

At 4:39 p.m. local time, the vehicle drove through the barricades heading westbound on Main Street, confirmed police chief Dan Thomspon at a press conference. As next of kin notifications remain ongoing, law enforcement is unable to share the total number of losses.

A person of interest is in custody, police are no longer searching for the SUV involved in the tragedy. It is unknown at this time if terrorism played a factor. A new update will be shared with the media at 1 p.m. on Monday.

“Today we experienced an awful, senseless tragedy,” said Waukesha Mayor Shawn Reilly, who walked in the parade when the celebration kicked off, at a media briefing. “Today our community faced horror and tragedy in what should’ve been a community celebration. I’m deeply saddened to know that so many in our community went to a parade but ended up dealing with injury and heartache. My heart goes out to all those affected by this senseless act.”

Police are asking locals to stay clear of the scene as roads will remain closed at least overnight.

If anyone is looking for loved ones who attended the parade and are unaccounted for, a family reception area has been set up at Waukesha North. For concerned persons outside of Waukesha, information will be provided by phone at (262) 548-7122.