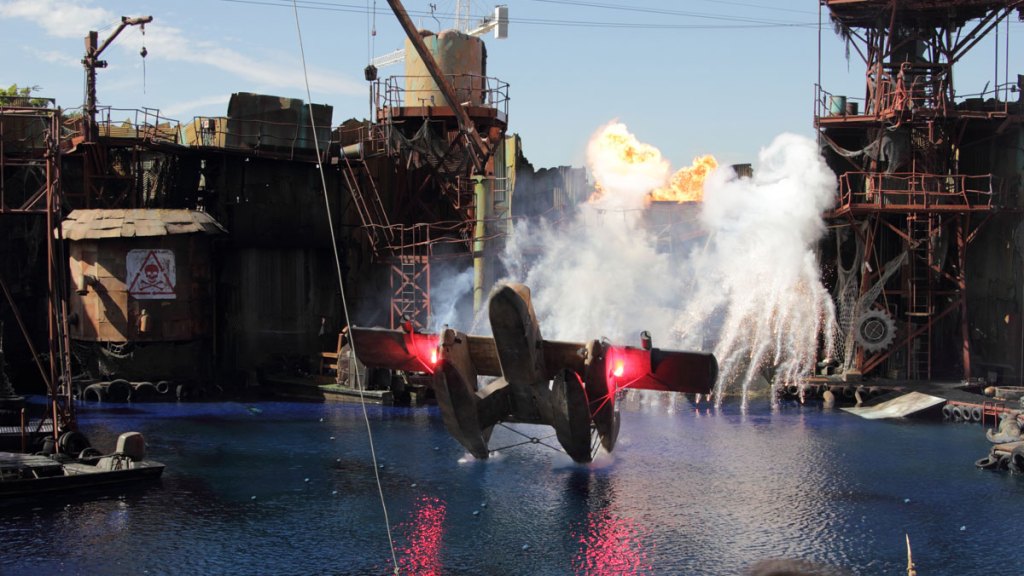 
A performer at Universal Studios Hollywood at the Waterworld: A Live Sea War Spectacular was hospitalized after an accident during one of the shows at the theme park on Monday, January 23.

“We can confirm a performer with one of our long-standing show vendors was transported to the hospital following a stunt during an afternoon performance and our thoughts are with him as he receives care. Details surrounding the event are being reviewed,” a spokesperson for Universal Studios Hollywood said.

The Los Angeles County Fire Department responded to a call from the theme park just before 2:10 p.m. regarding an “unresponsive patient,” KTLA reported. The performer received CPR at the scene and was conscious when he was rushed to the hospital.

A witness at the theme park told KABC that “the performer was on one of the towers, and as part of the act, fell into the water.” The theme park goer added that once “the other workers noticed he was missing and went in the water to pull him up.”

The Waterworld stunt show at Universal Studios Hollywood is based on the 1995 film that starred Kevin Costner. Opening in 1995, taking over a similar show based on Miami Vice, the attraction includes stunts on water, land and overhead. The show features pyrotechnics, flames, water splashes, and an explosive crash landing of a seaplane. Waterworld: A Live Sea War Spectacular is also at other Universal Studios theme parks based in Japan, Singapore and Beijing.