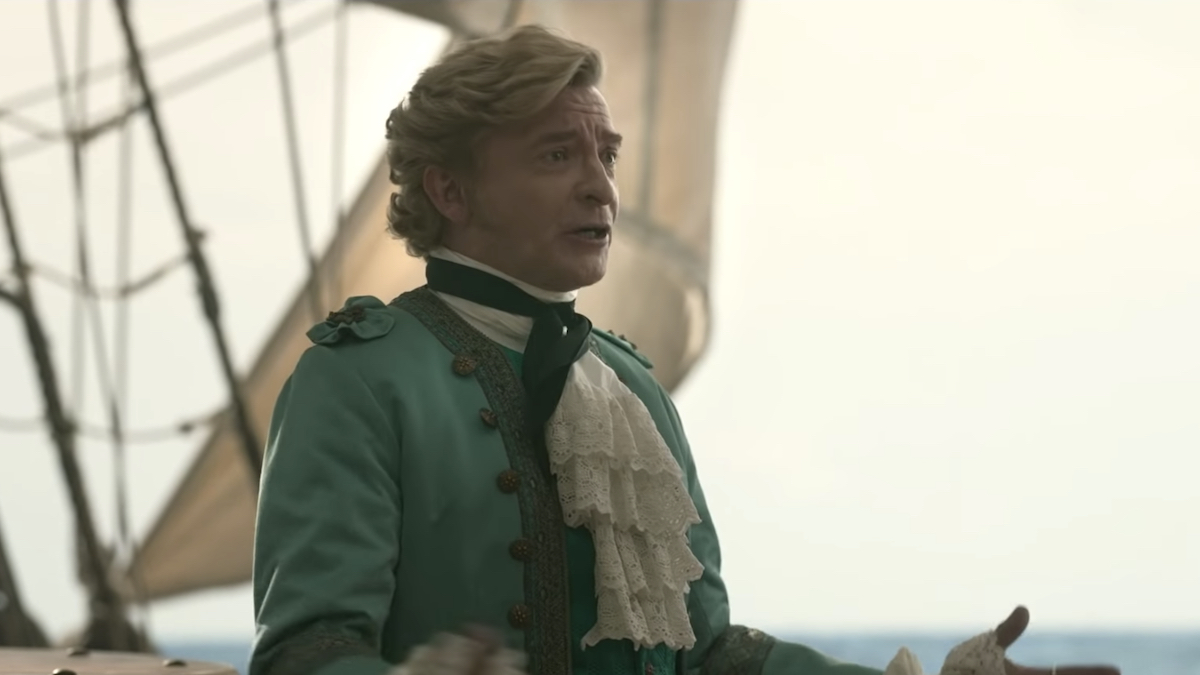 Pirates were historically pretty hardcore guys — toughness is usually required for a job that entails robbing people at sea with hooks for hands. Such is not the case, however, for Stede Bonnet (Rhys Darby), the aristocrat who leaves behind a life of luxury to sail with the infamous Edward Teach, or Blackbeard (Taika Waititi), in Our Flag Means Death. Darby plays a pretty harmless marauder in the upcoming HBO Max series, which just got its first teaser trailer. Watch the clip below.

“Every pirate captain captains pirates differently,” Darby says as Bonnet in the teaser. “Traditionally, piracy is a culture of abuse. And my thought is, why can’t one be a gentleman and a pirate?” Bonnet goes on to lead his crew — “a brigade of imbeciles,” as one raider calls them — through some sillier than expected shenanigans as they search for booty.

Created by David Jenkins, Darby stars alongside Waititi, who also serves as the series’ executive producer (and director of the pilot). Nathan Foad and Kristian Nairn round out the cast as Bonnet’s crewmates, while Fred Armisen and Leslie Jones appear as the captain’s enemies. “Fuck is you supposed to be?” Jones’ character asks Bonnet. When Foad informs her that Bonnet is a gentleman pirate, Jones replies, “You’re an idiot.”

So far, there’s no official release date for the star-studded series, but the six-episode comedy is set to hit HBO Max in March.

Our Flag Means Death marks Darby’s first starring role in a television series. As for Waititi, the booked-and-busy Jojo Rabbit director recently unveiled the FX series Reservation Dogs, and is currently hard at work on a live-action Flash Gordon adaptation and a new Star Wars film.