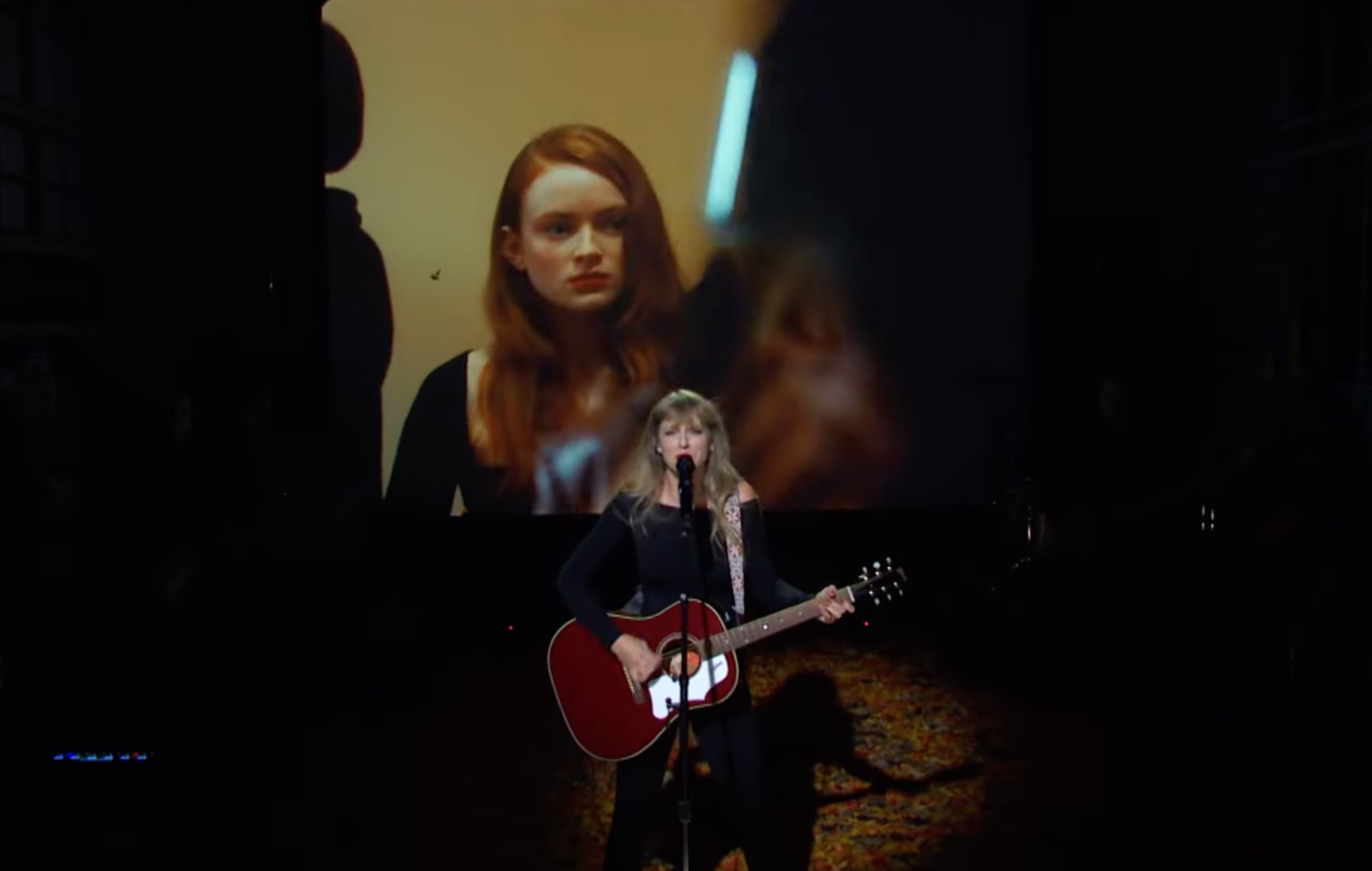 
Taylor Swift was the musical guest on last night’s (November 13) episode of Saturday Night Live – watch her perform the new 10-minute version of ‘All Too Well’ below.

The extended version of the fan-favourite track is a centrepiece of Swift’s new re-recorded version of 2012 album ‘Red’, which came out on Friday (November 12), and arrived alongside its own short film starring Sadie Sink (Stranger Things) and Dylan O’Brien (Maze Runner).

For the SNL performance, Swift played the track with acoustic guitar in hand as the short film played behind her on a screen.

Watch the performance below:

Earlier this week, Swift appeared on The Tonight Show Starring Jimmy Fallon and discussed the 10-minute version of ‘All Too Well’. Explaining that she wrote it during rehearsals for her ‘Speak Now’ tour, she said: “I showed up for rehearsals, and I was really upset and sad, and everybody could tell – it was like really not fun to be around me that day.

Swift also appeared at the short film’s premiere in New York yesterday (November 13), performing the unabridged version of the song acoustically for the first time.

Addressing the audience, Swift praised the fan power that had given the original release of ‘All Too Well’ a life of its own; she cited that support as “the most important thing about this particular project” and said that it was only because of the fans that ‘All Too Well’ is often labelled one of her best songs.

‘Red (Taylor’s Version)’ features “all 30 songs that were meant to go” on the original album, as well as collaborations with Phoebe Bridgers, Ed Sheeran and more.

In a four-star review, NME said of ‘Red (Taylor’s Version)’: “It’s not an exercise of rethinking and tweaking old songs, but to take back ownership of her own music. The production here is a little sharper, with the instrumentation being brought further into focus.”