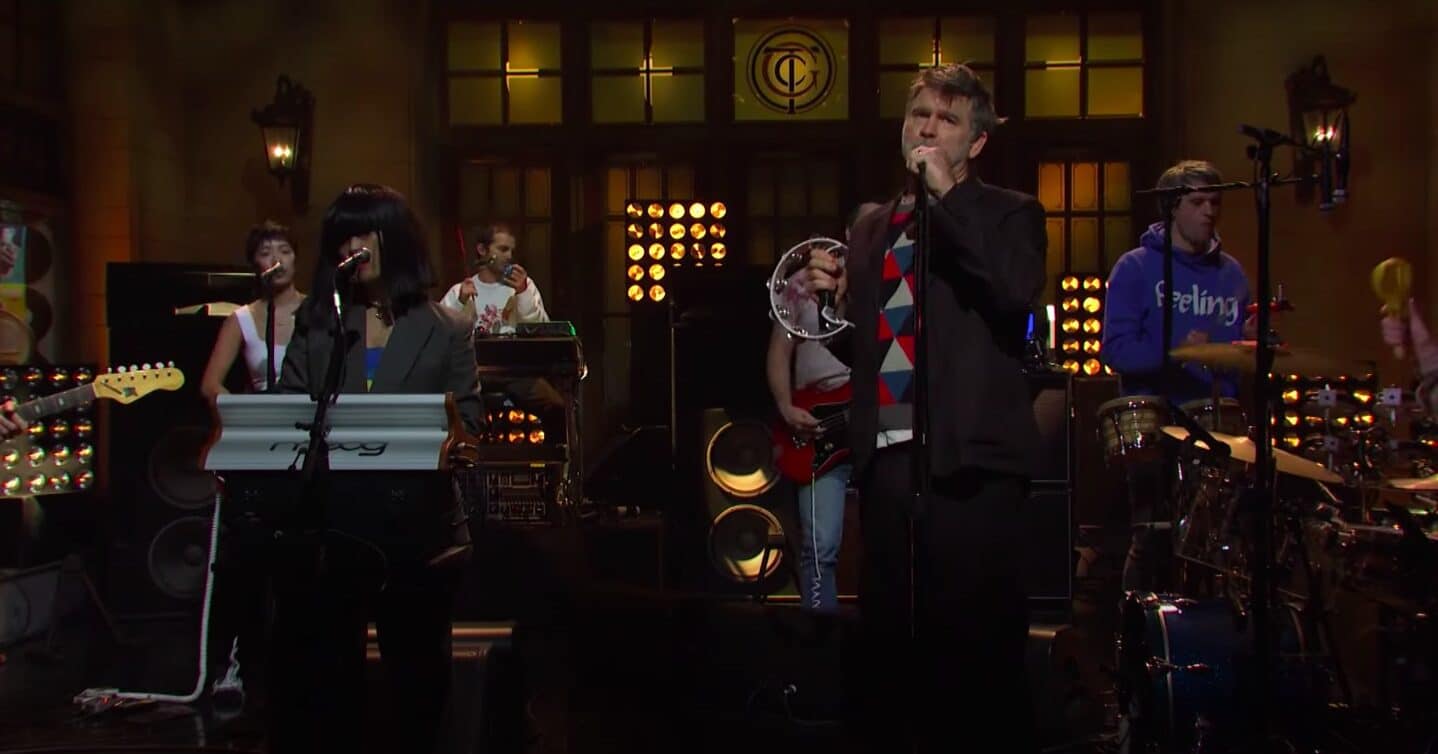 LCD Soundystem were the musical guests on last night’s episode of Saturday Night Live, which was hosted by John Mulaney. They played two tracks from their 2005 self-titled album: ‘Thrills’ and  ‘Yr City’s a Sucker’. Watch their performance below.

The Ukrainian Chorus Dumka of New York opened last night’s show with a performance ‘Prayer for Ukraine’, which was introduced by SNL cast members Kate McKinnon and Cecily Strong featured a table of candles that spelled out “Kyiv.” The chorus was founded in 1949 to “preserve and cultivate the rich musical heritage of Ukraine,” according to the Ukrainian Weekly.

The post Watch LCD Soundsystem Perform ‘Thrills’ and ‘Yr City’s a Sucker’ on ‘SNL’ appeared first on Our Culture.