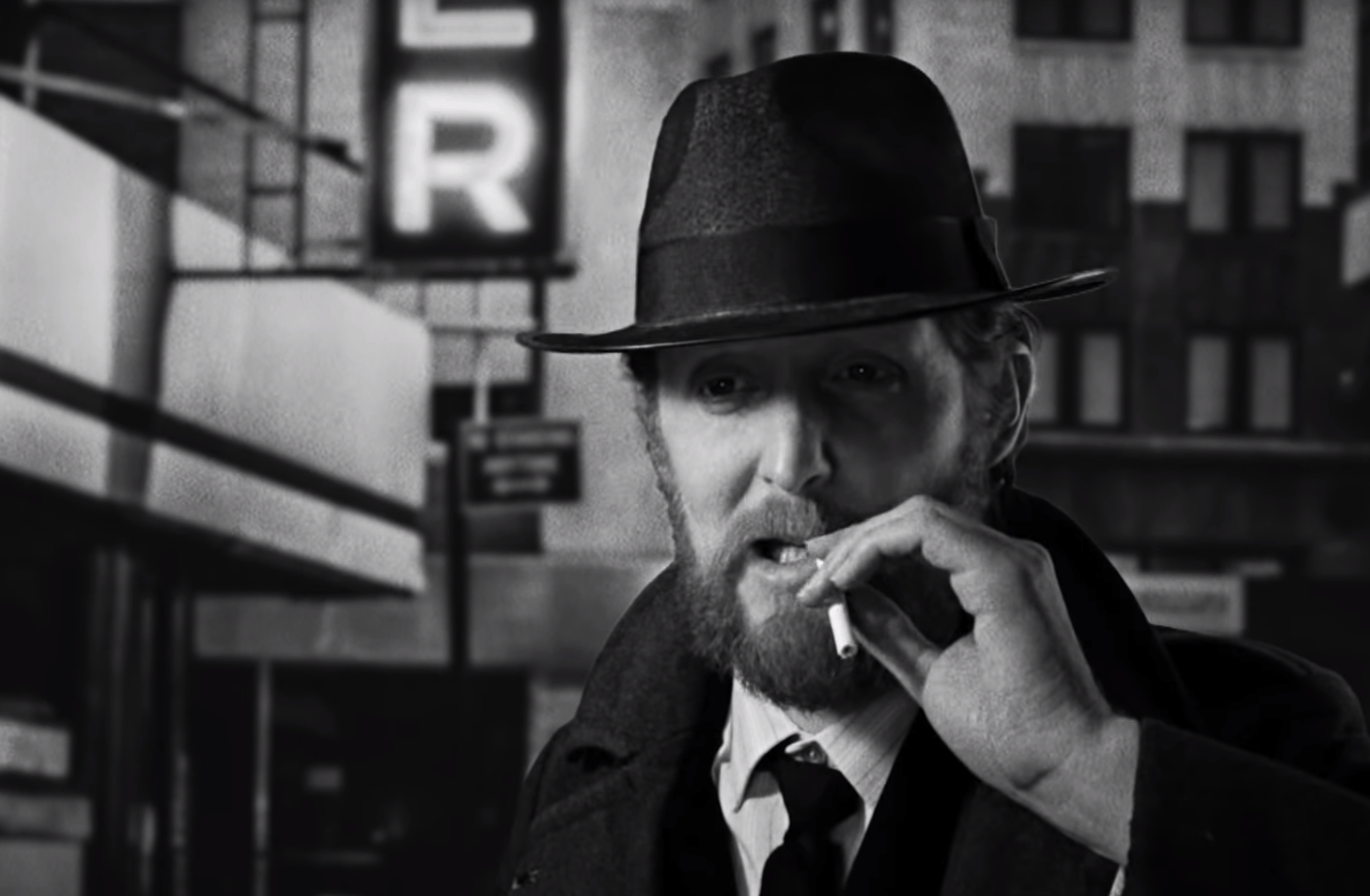 
Comedian Alasdair Beckett-King has a keen ear for entertainment tropes and subscribes to the belief that “putting too much effort into things makes them funnier.”

The result is a series of one-minute videos in which he spoofs the conventions of a particular genre or long running series, with perfect visuals, meta dialogue, and faithfully rendered performance styles.

Beckett-King put his London Film School training to use with this project during lockdown, spending “absolutely ages putting together something very tiny.”

Witness his take on every episode of Star Trek: The Next Generation, in which the captain of the ship, a Patrick Stewart doppelgänger and “vegetarian space socialist who is always right” negotiates with a “representative of a kind of iffy alien race not necessarily based on a specific human ethnicity.” As Beckett-King told Eric Johnson, host of Follow Friday podcast:

That one was very, very hard work because I had to do a CGI bald cap for myself because I have long, long flowing hair. I had to try and do an impression of Captain Picard of the Starship Enterprise… it’s not that good. There’s so much work that went into it.

Before I posted it, I was convinced I’d wasted my time. Then luckily it did quite well and people really liked it. People kept saying, “When are you doing Captain Picard again?” I’m like, “I’m not! because it took ages to do the bald head, and you’ve seen it now.” I think what’s nice about it though, is you get to try something, commit to it and then see if it’s funny afterwards. It’s quite like doing live standup.

Every Single Scandinavian Crime Drama: The killer could be anyone in Helgasund. That’s over seven people.

Every Single Spooky Podcast: The frozen soil was littered with what appeared to be discarded Casper mattresses and Bombas socks.

Every Haunted House Movie: It’s the perfect place for me to quit drinking, finish my novel, and really come to terms with that deer we hit on the way over.

Every Episode of Popular Time Travel Show: Help us, Doctor. The intransigent Implacablons are poised to destroy us.

How Every Film Noir Ends: Talk your way out of a snub nosed pistol held at waist height.

Should you find yourself at loose ends, waiting for the next Beckett-King “every single…” episode to drop, try  biding your time with his Art House Movie Spoilers and North East of England spin on Jaws.

Hardware Wars: The Mother of All Star Wars Fan Films (and the Most Profitable Short Film Ever Made)

Download a Complete, Cover-to-Cover Parody of The New Yorker: 80 Pages of Fine Satire

The Time When National Lampoon Parodied Mad Magazine: A Satire of Satire (1971)

Ayun Halliday is the Chief Primaologist of the East Village Inky zine and author, most recently, of Creative, Not Famous: The Small Potato Manifesto.  Follow her @AyunHalliday.