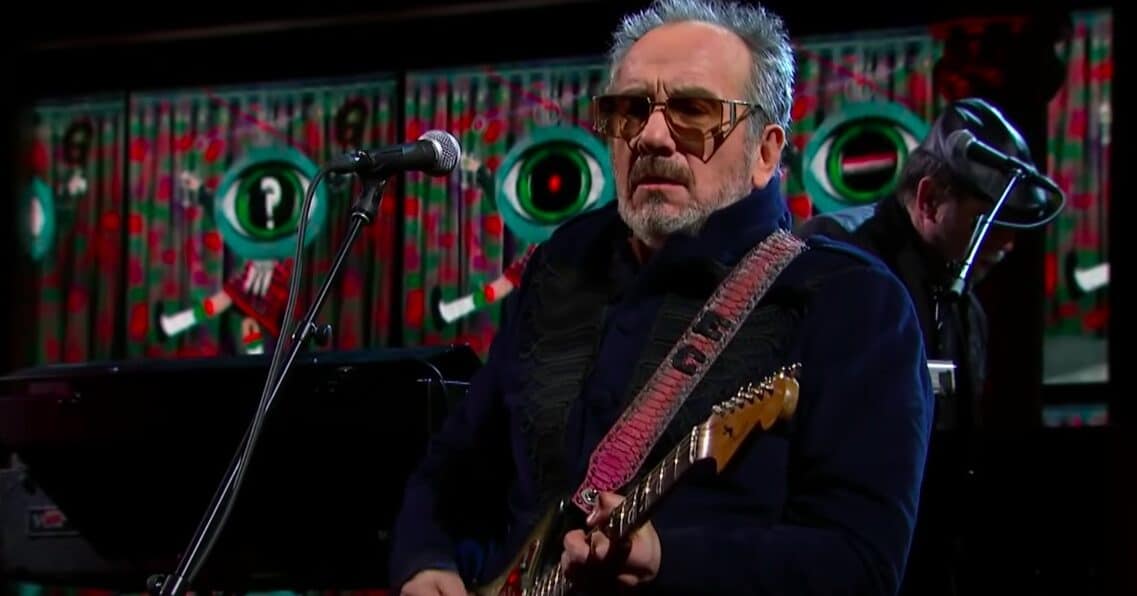 Elvis Costello and the Imposters appeared on last night’s episode of The Late Show With Stephen Colbert to perform two tracks from their recently released album, The Boy Named If –  ‘Farewell, OK’,  and ‘Magnificent Hurt’ – along with a surprise rendition of his hit ‘(What’s So Funny ‘Bout) Peace, Love, and Understanding’, originally written by English singer-songwriter Nick Lowe. Costello also sat down for an interview with Colbert to talk about the new album, watching Peter Jackson’s Get Back with Paul McCartney and Ringo Starr, and more. Check out the performance and clips from the interview below.

The post Watch Elvis Costello Perform of ‘Farewell, OK’ and ‘Magnificent Hurt’ on ‘Colbert’ appeared first on Our Culture.