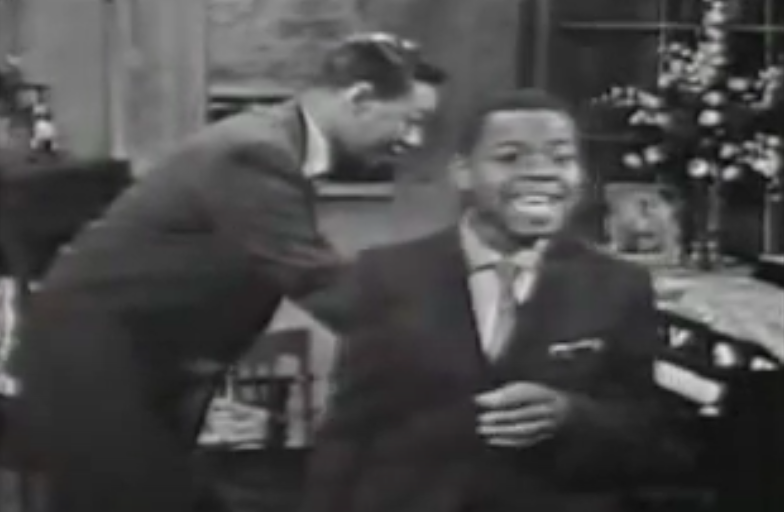 
The Beatles aren’t the only fab talents causing a stir in the recently released Beatles documentary, Get Back.

As has been widely noted, soul singer Billy Preston lights up every scene he’s in.

One of the 60’s finest session keyboardists, Preston contributed to the Beatles‘ Let It Be and Abbey Road albums, and joined them for their famous final gig on the roof of Apple Records.

He also served as a leveling influence when tensions within the band frequently exploded into fits of temper.

“It’s interesting to see how nicely people behave when you bring a guest in,” George Harrison observed.

In addition to his successful solo career, with a number of funk and R&B hits, Preston gigged for a host of all time greats: Ray Charles, Little Richard, Sam Cooke, Miles Davis, Aretha Franklin, the Rolling Stones…the list goes on.

A childhood prodigy who never took a music lesson, by 10, he was backing gospel luminaries like Mahalia Jackson, James Cleveland, and Andraé Crouch.

A year later, he entered America’s living rooms, when he appeared on The Nat King Cole Show, above, to duet with TV’s first national Black variety show host on “Blueberry Hill,” a 40s tune Fats Waller had popularized earlier in the decade.

“You have a very excellent career ahead of you,” Cole predicts, following their performance.

Daughter Natalie Cole later enthused that the celebrated crooner “lets this kid have all the glory,” though the self-possessed pre-teen holds his own ably, alternating between organ and his own impressive pipes.

Within the year, Cole and Preston shared the big screen, and a memorable part, when they were cast as “The Father Of The Blues” W.C. Handy, as a child and adult, in the 1958 movie St Louis Blues.

As an adult, Preston’s star was tarnished by addiction, arrests and self-sabotaging behavior that his manager, Joyce Moore, and half-sister Lettie, said was most deeply rooted in his mother’s refusal to believe that he was being sexually abused by the pianist of a summer touring company, and later a local pastor.

It’s part of a lurid, longer tale, calling to mind other promising, oft-prodigious young talents who never managed to get out from under damage inflicted by adults when they were children.

Is “Rain” the Perfect Beatles Song?: A New Video Explores the Radical Innovations of the 1966 B-Side

Ayun Halliday is the Chief Primaologist of the East Village Inky zine and author, most recently, of Creative, Not Famous: The Small Potato Manifesto.  Follow her @AyunHalliday.