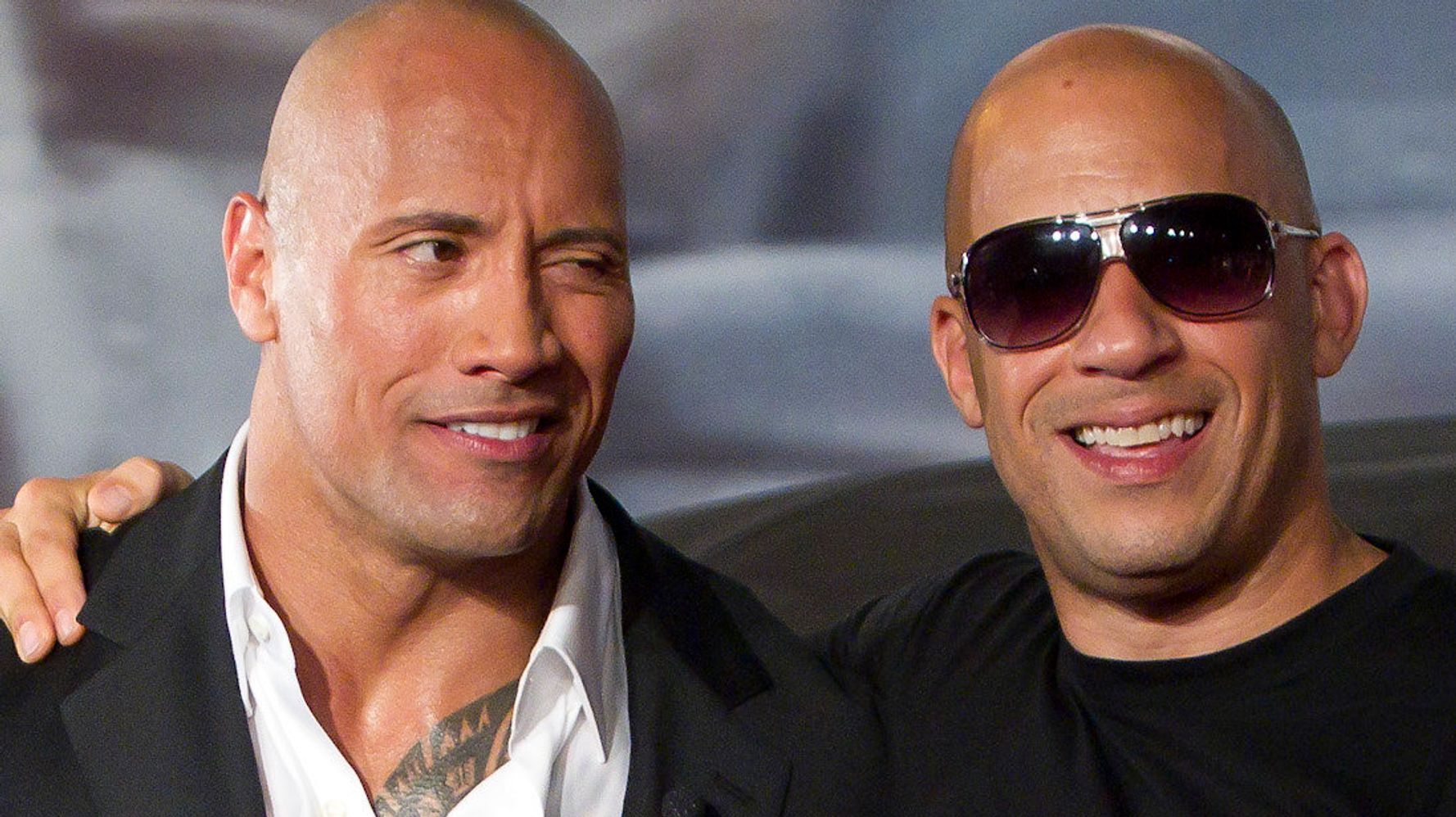 Vin Diesel wants Dwayne Johnson back in the “Fast and Furious” fold for the upcoming franchise finale despite the long history of bad blood between the two.

“My little brother Dwayne… the time has come,” Diesel wrote on Instagram to Johnson, who played Agent Hobbs in several films in the series. “Legacy awaits.”

“I say this out of love… but you must show up, do not leave the franchise idle you have a very important role to play. Hobbs can’t be played by no other. I hope that you rise to the occasion and fulfill your destiny.”

Diesel noted that his kids refer to Johnson as “Uncle Dwayne.” His kids and Johnson, he added, trade greetings at every holiday … although he didn’t mention if he and Johnson exchange those greetings.

They almost certainly don’t, given their very public feud.

Johnson issued some not-so-veiled comments about his experiences working on 2017′s “The Fate Of The Furious” that were believed to be about Diesel.

“Some conduct themselves as stand-up men and true professionals, while others don’t,” Johnson said at the time. “The ones that don’t are too chicken shit to do anything about it anyway. Candy asses.”

He even said viewers could spot the moments he’s ticked off at the then-unnamed costar.

“When you watch this movie next April and it seems like I’m not acting in some of these scenes and my blood is legit boiling – you’re right,” he wrote on Instagram.

He said he later achieved “clarity” with Diesel, but it didn’t exactly seem warm.

“But I wish him all the best, and I harbor no ill will there, just because of the clarity we have,” he told Rolling Stone in 2018. “Actually, you can erase that last part about ‘no ill will.’ We’ll just keep it with the clarity.”

Diesel told Men’s Health this past summer he was just using “tough love” on the set to get the best performance from his costars.

“Not Felliniesque, but I would do anything I’d have to do in order to get performances in anything I’m producing,” he said.

Johnson was not impressed.

“One part of me feels like there’s no way I would dignify any of that bullshit with an answer,” he told Vanity Fair last month, adding that Diesel’s claim made him laugh.

“So when I read that, just like everybody else, I laughed. I laughed hard. We all laughed,” he said. “And somewhere I’m sure Fellini is laughing too.”

While Johnson has said he won’t be returning to “Fast & Furious,” he is more open to a sequel to the “Hobbs & Shaw” spinoff, although he said last week the intention is to make it “the antithesis of what Fast and Furious movies generally are.”

He told Sirius XM he pitched his idea to “disrupt things a little bit” and that the creative team “all loved it.”

Johnson added that the main issue right now is timing given how many projects he’s involved in, according to Collider.