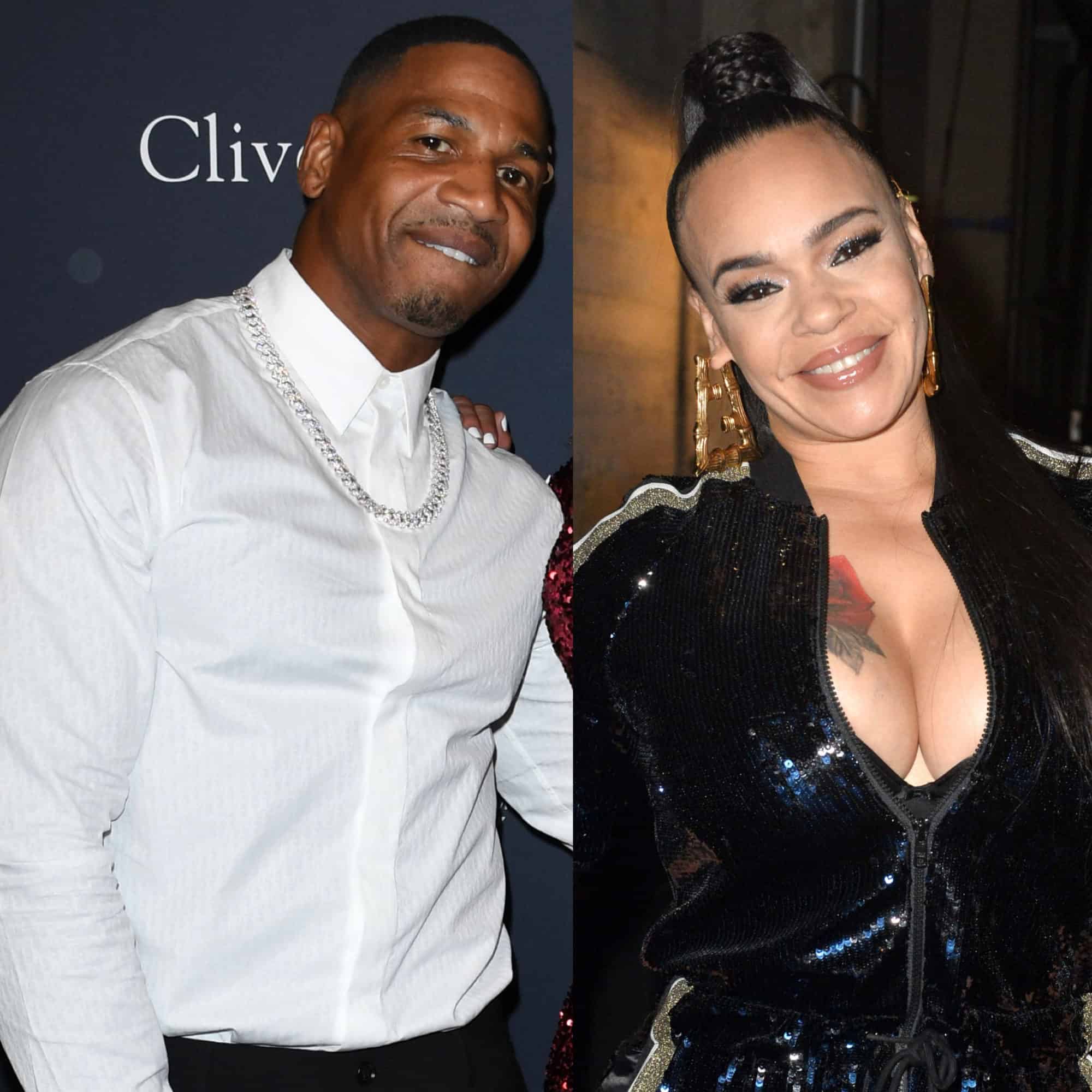 
Roommates, It’s only been a week since Stevie J filed for divorce from his estranged wife, Faith Evans. While it’s unclear why he called it quits after two years of marriage, a new video obtained by Tasha K may give insight into issues of infidelity. In the video, things got tense as a verbal argument ensued.

Faith repeatedly stated that she hates the former “Love and Hip Hop: Atlanta” star while begging for him to please leave her alone as it appears he recorded her. Stevie cussed Faith out throughout the video and accused her of having sex with someone in their home. As the incident continued, he asked her if she was happy about her decision, to which she replied, “Umm-hmm.”

As Faith tried to de-escalate the situation while lying in bed, Stevie came to her and began touching her. Faith instructed him to get his hands off her. However, he didn’t. Before the video ends, she tells him to leave her alone, but he refuses. It’s unclear when this video was taken, but it seemed like the two were in a good place.

Two days ago, Faith shared footage of her and Stevie on the beach in Malibu. Both were smiling and doing cartwheels. The post was captioned, “Get us free, bruh! @hitmansteviej_1.” Folks were all up in her comments questioning if the divorce was real. One commented, “Wait, I thought ya’ll was divorcing… Never mind.”

Faith seemingly responding in a separate post. She shared a meme that said, “Did you know there are three places you can stay for free? ‘In your lane,’ ‘Out of my business,’ and ‘Over there.’ As of now, Stevie and Faith haven’t responded to the leaked video, but we’ll keep yall posted if they do!

Want updates directly in your text inbox? Hit us up at 917-722-8057 or https://my.community.com/theshaderoom