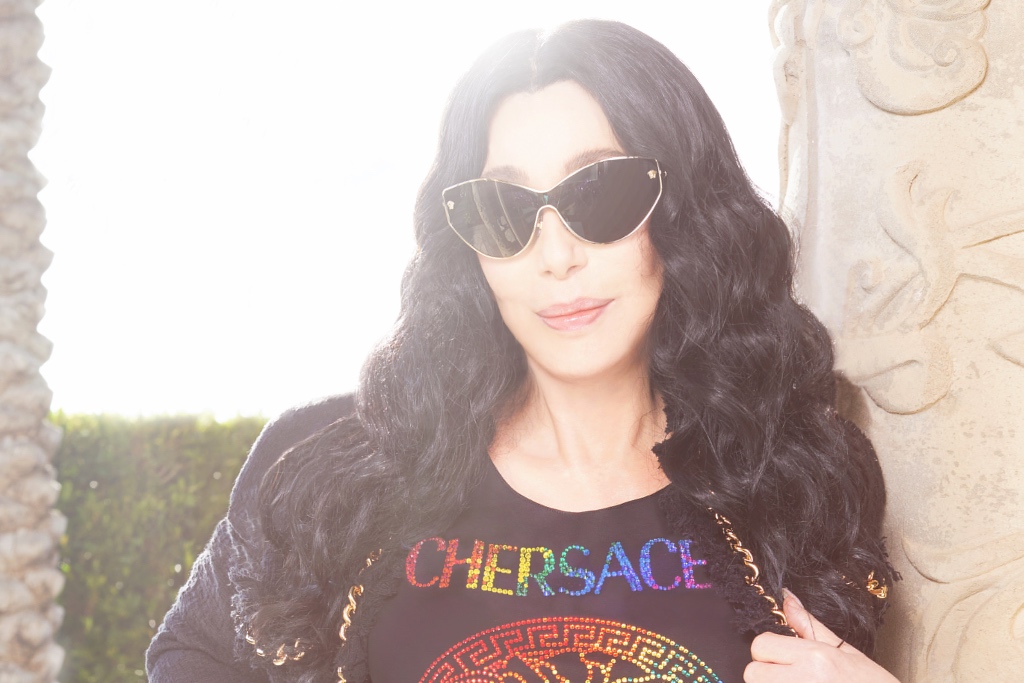 
Versace’s range of collaborations is getting a boost for Pride — thanks to none other than Cher.

The iconic singer has teamed up with the Italian luxury house to launch “Chersace,” a limited-edition Pride capsule collection. The rainbow-hued collection includes a range of unisex separates, which will support Gender Spectrum — a charity that shares resources and creates gender-sensitive and inclusive environments for gender-diverse youth.

The line, which retails from $125-$3,350, has just launched on Versace’s website. The collection’s pieces include a $125 pair of black socks and a $425 black T-shirt, each featuring a rainbow version of Versace’s staple Medusa logo and “Chersace” lettering. The line also includes a $3,350 version of the same T-shirt reworked with multicolored crystals, gaining additional hype from being hand-signed by both Versace and Cher. Rounding out the collection is a $325 black baseball cap with the same logo, as well as white “Chersace” lettering and embroidered versions of both Cher and Versace’s signatures.

The line stemmed from the duo’s longtime friendship and mutual love and support of the LGBTQIA+ community.

“Donatella and I have been dear friends for a lifetime,” said Cher in a press release. “It just felt right for our very first collaboration to be one about LGBTQ Pride and celebrating a community that means so incredibly much to both of us. We wanted to make a fun collection supporting a good cause, and we hope you like it.”

The feeling is mutual for Versace, who’s dressed the Grammy Award-winning singer on numerous occasions.

“It has always been my dream to collaborate with Cher, and it’s finally come true!,” Versace shared in a statement. “I’m delighted that we can support such a brilliant charity that has such a positive impact, particularly on young people.”

The project has particularly close ties to Cher’s own values, as she’s been a strong supporter of the LGBTQIA+ community for decades; in fact, she’s even been deemed a “gay icon” due to hardships she faced while achieving success and her glamorous aesthetic. The musician has been a pioneer to bring the community to the forefront of pop culture as well, notably hiring drag queens to perform at her 1979 Las Vegas residency and being paid homage by numerous drag performers since. This has also extended to her acting work, where she’s starred in the LGBTQIA+-beloved films “Silkwood” and “Moonstruck” and appeared as herself on the gay-focused comedy “Will and Grace.”

You can shop the “Chersace” Pride collection now on Versace’s website.