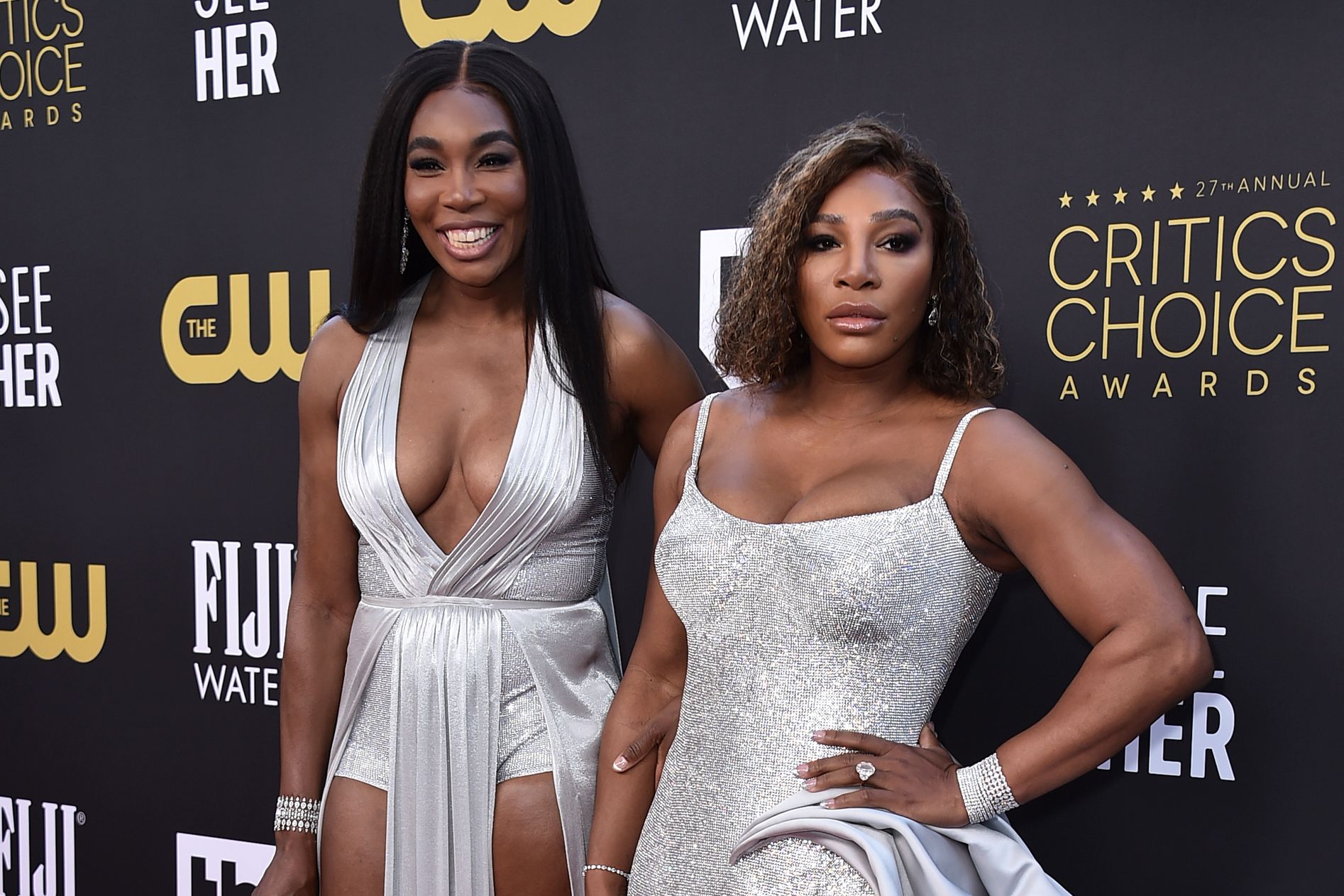 
Venus Williams pulled out a show-stopping look for the 27th Annual Critics’ Choice Awards in Los Angeles on Sunday. The Olympic champion was accompanied by her sister Serena Williams on the red carpet. Both athletes join a list of presenters for the evening, including Ava DuVernay, Zoey Deutch, Issa Rae, Mandy Moore, Kristen Wig, Ray Ramano and many others.

To ground everything, the tennis legend slipped into Sophia Webster’s Natalia pump in Silver Python. The open-toe python silhouette is lined with leather and includes an ankle strap and heel.

The sister duo put on quite the display as Serena also made a statement in a silver sequins gown. To add even more drama to her look, the glittery gown was met with a long satin train that curved on the side of her hip. To let her dress do all of the talking, she styled her hair in loose waves and opted for minimal accessories.

The Critics’ Choice Awards honor the year’s top pictures and performances of film and television. This year’s event, hosted by Taye Diggs and Nicole Byer, will be broadcast from Los Angeles. Leading the film categories are “West Side Story” and “Belfast,” while the TV side is led by “Succession.” The Critics Choice acting categories are led by stars from most nominated projects, including Lady Gaga, Kristen Stewart, Will Smith, Ariana DeBose, Kirsten Dunst and Andrew Garfield.