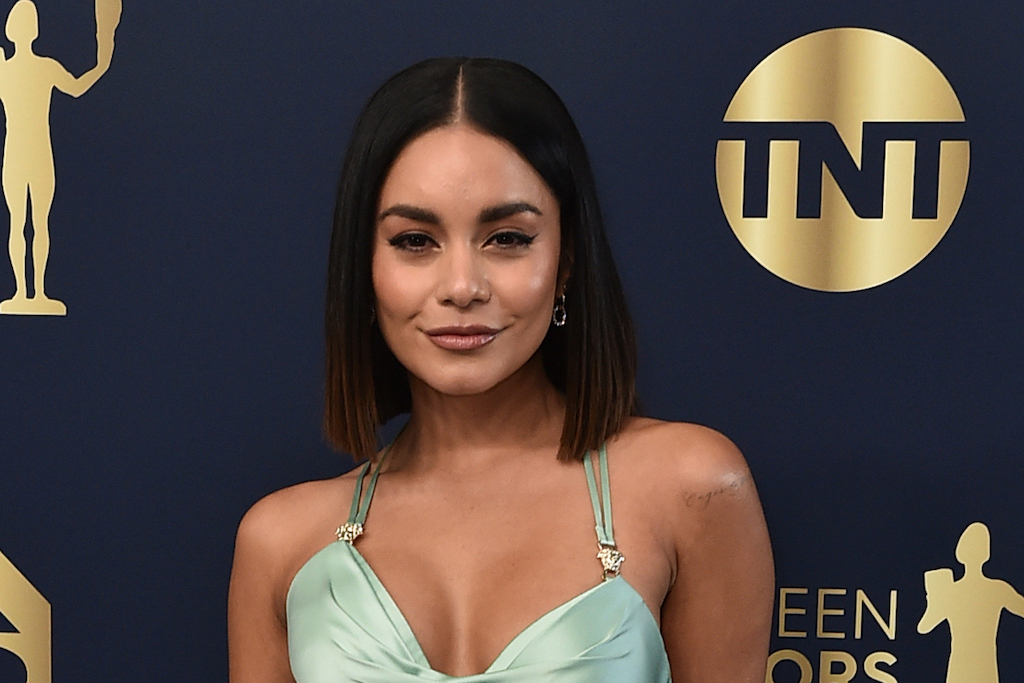 
Vanessa Hudgens strikes a pose in a show-stopping gown on Sunday night at the SAG Awards. The Screen Actors’ Guild awards are taking place tonight, and already, the event is star-studded with fashionable celebrity appearances.

For the outfit, Hudgens donned a green Atelier Versace dress for a stylish look. The gown featured a thin two-strap design, and it had a plunging neckline to up the ante with an edgy touch. It incorporated the brand’s signature gold Medusa heads connecting the straps to the dress. Also, the look featuring a high-slit, showing off a pair of gold strappy platform sandals that had an ankle strap for extra support and a metallic pop for a blingy finish.

When it comes to accessories, Hudgens opted for a gold bracelet and a couple of rings, and she carried a gold rectangular clutch for a unifying feel.

Last month, the “Tick, Tick… Boom!” actress helped announce the nominees for the awards show and tonight she is going to present onstage.

The 28th annual Screen Actors Guild Awards takes place on The Barker Hangar in Santa Monica on Sunday, Feb. 27 at 8 p.m. ET and is airing live on TNT and TBS. For the first time in the show’s history, it will also be put onto HBO Max the following day for anyone who missed the action or simply wants to relive it.

Click here to see all of the 2022 SAG Awards red carpet celebrity arrivals.