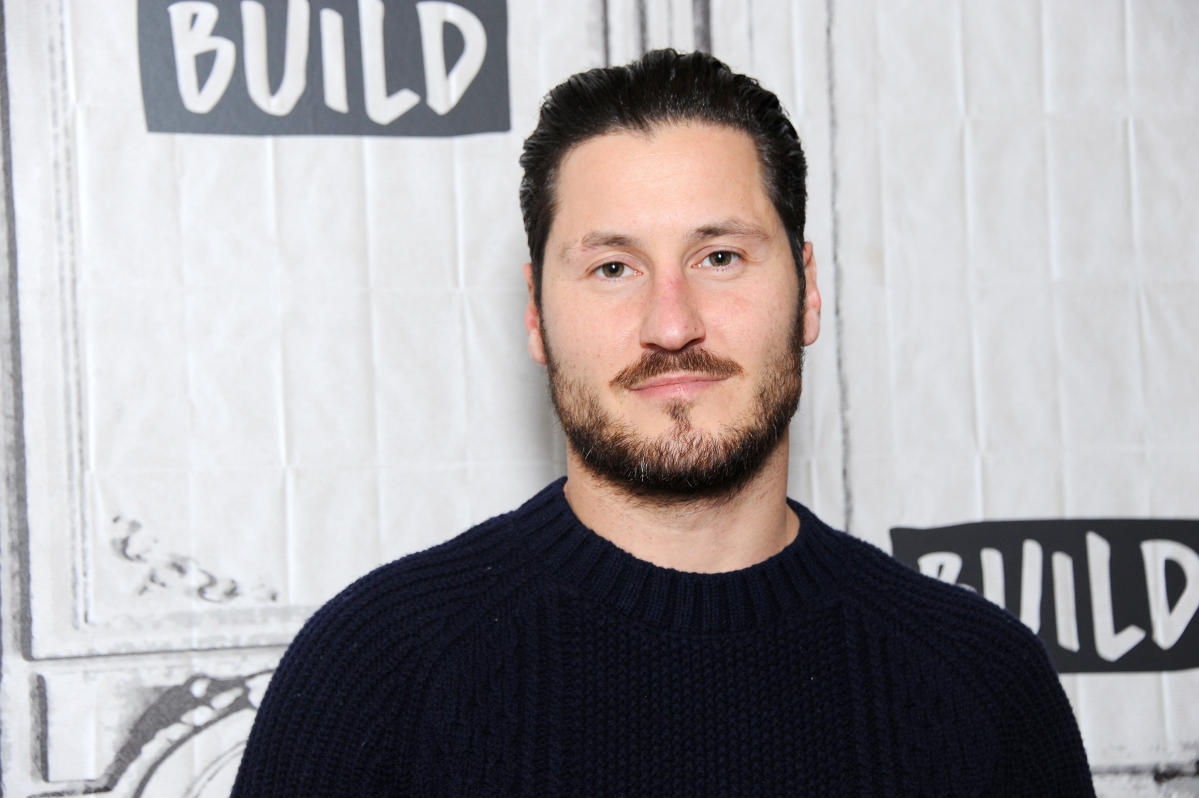 
Val Chmerkovskiy is taking to the streets of Hollywood in order to stand with Ukraine.

The Dancing With the Stars pro shared footage from a Feb. 24 protest in Hollywood to his Instagram Story, in which he and dozens of others marched with signs calling for an end of the Russian invasion of the country.

The group, many of which held blue and yellow Ukrainian flags, also displayed signs which criticized the president of Russian, Vladimir Putin. One sign featured Putin with a bloody handprint over his face.

Chmerkovskiy wrote on one of the photos, which featured a woman holding a sign which featured both the Ukrainian and Russian flags, “I’m asking all my Russian friends to do what’s right! Now, while you still have a chance to do so.”

While Chmerkovskiy is making his voice heard in Los Angeles, his brother Maksim is currently in Ukraine, where he is updating his Instagram followers of the current situation. On Feb. 26, Maksim shared a video of two young men, which he captioned, “Russian soldiers/kids caught in Kharkov. Message to their parents about how they ended up here and asking to be taken back to Russia.”

Earlier on Friday, Chmerkovskiy penned a note on Instagram about his brother getting caught in the conflict, writing, “My parents fled this country for this exact reason. Not because it wasn’t good to them, but because they would see war eventually. It’s a cruel irony that 28 years later my brother is in a bomb shelter in Kyiv.”

“The Russian people don’t want this,” he continued. “We stood by each other’s sides. I speak Russian but make no mistake about it, I am a proud Ukrainian and now the world will finally know the difference. Slava Ukraini all day every day! And to all my Russian friends, this may be the best and only time to stand up to your dictator.”