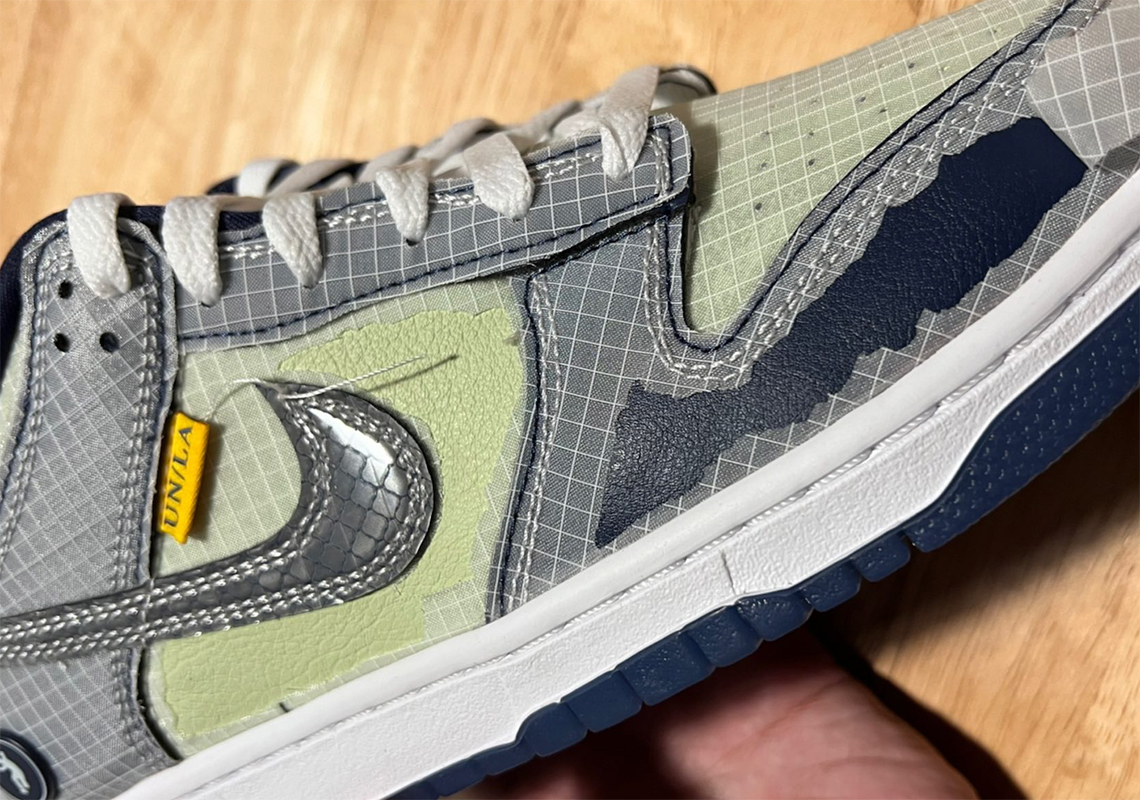 
On January 28th, Chris Gibbs and his Union Los Angeles team officially unveiled their latest collaboration with NIKE, Inc.: the “Passport Pack” featuring three colorways of the Nike Dunk Low inspired by pairs once-exclusive to New York City, London or Tokyo. Ahead of the first style’s Union-exclusive launch, the silhouette’s “Midnight Navy/Pistachio” colorway has emerged via new imagery that reveals premium leather behind the grid-patterned mesh that covers the entirety of its upper.

For the uninitiated, Gibbs’ intention for his brand’s next joint-effort with the Beaverton, Oregon-based institution was to recapture the sense of travel enabled by Nike Dunks during the late 1990s and early aughts – in order to buy a sneaker that was only releasing in a certain region, a young Gibbs oftentimes had to travel overseas. The “Passport Pack,” then, outfits the Union-exclusive “Pistachio” offering in an ensemble borrowed from a high-top counterpart that released across Foot Locker Europe in 2003. The aforementioned netting tampers with the color palette’s opacity, but once ripped, it reveals the deep navy and vibrant green hues in all their glory.

Continue ahead for closer looks at the shoes’ tear-away detailing, courtesy of Instagram user @joosebocks. For the chance at a Nike x Union Dunk “Passport Pack,” in-store raffles will take place at the brand’s La Brea store front (110 S. La Brea Ave. Los Angeles, CA 90036) from 9 a.m. to 3 p.m. on both Saturday, February 5th, and Sunday, February 6th. The raffle is reserved for people who live within LA County – a valid California I.D. will need to be present to verify that participants reside within LA County. (Online release information will be disclosed at a later date.) As shared on the brand’s social media account:

Once you receive a raffle ticket, you must enter the raffle no later than 11:59 PM on 02/06. Winners will be announced via email on how to complete your purchase. (1) Entry per person. Anyone attempting multiple entries will have all of their entries cancelled. We reserve the right to cancel any entries or ban any users that we reasonably determine to use any form of collusion to enter the raffle.

For more from Gibbs and team, check out the Air Jordan 2 “Rattan” expected to launch before the second-half of 2022 gets underway.

According to Union Los Angeles’ social media team, the Nike Dunk Low “Pistachio” will release exclusively at Union on February 11th. The pair has been inspired by a Foot Locker Europe-exclusive “Pistachio” Nike Dunk High that released in 2003. 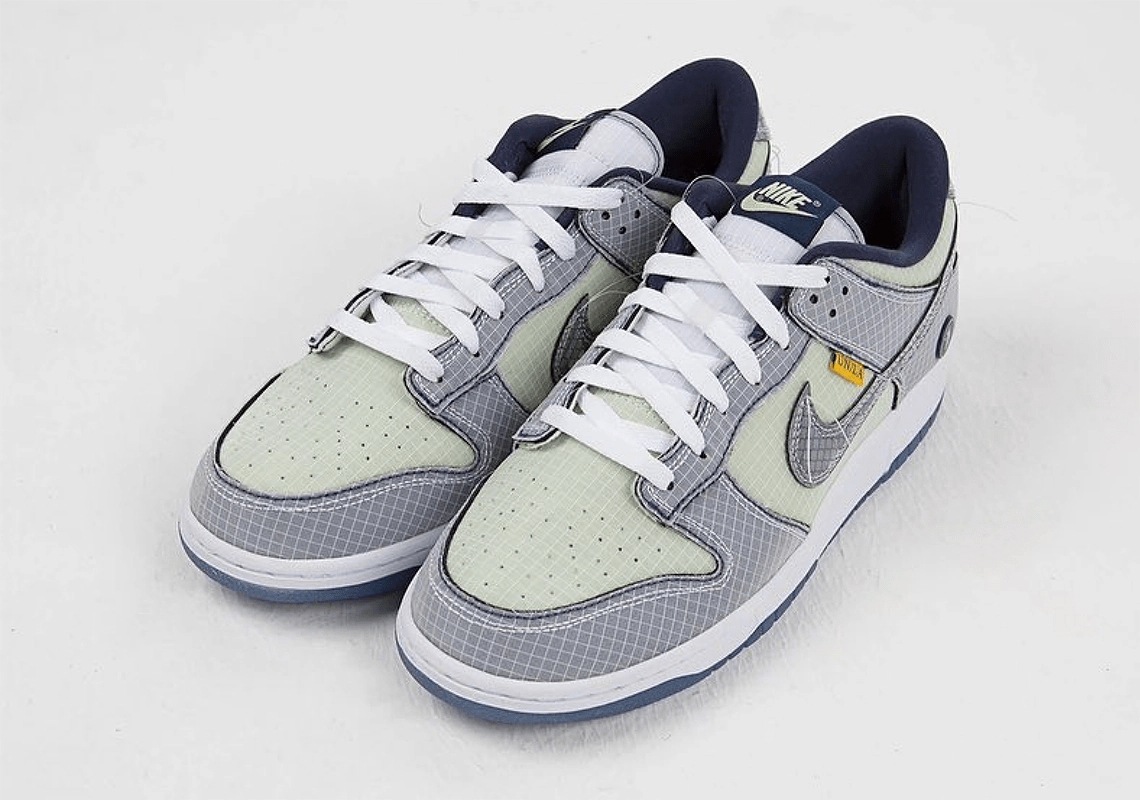 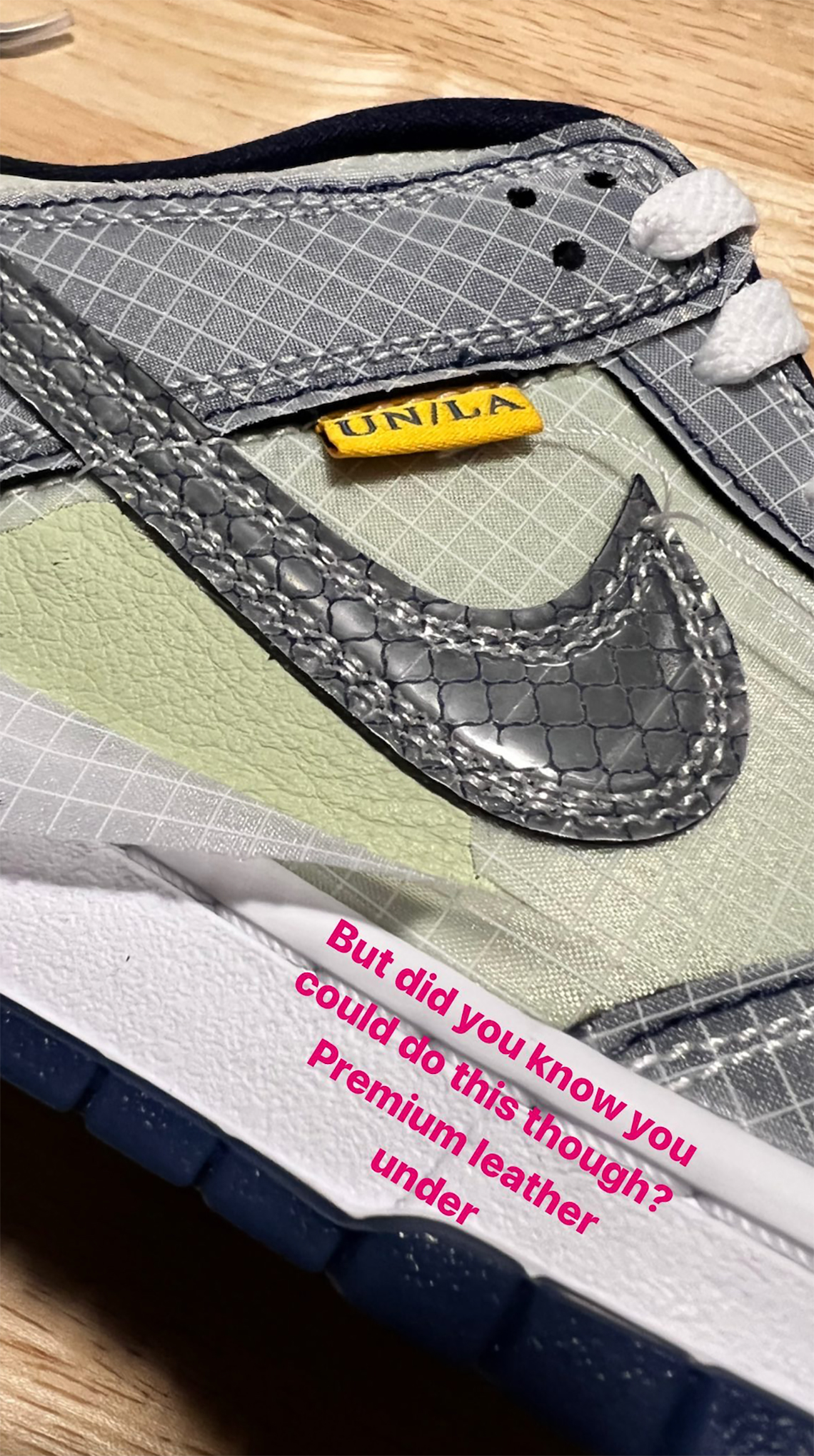 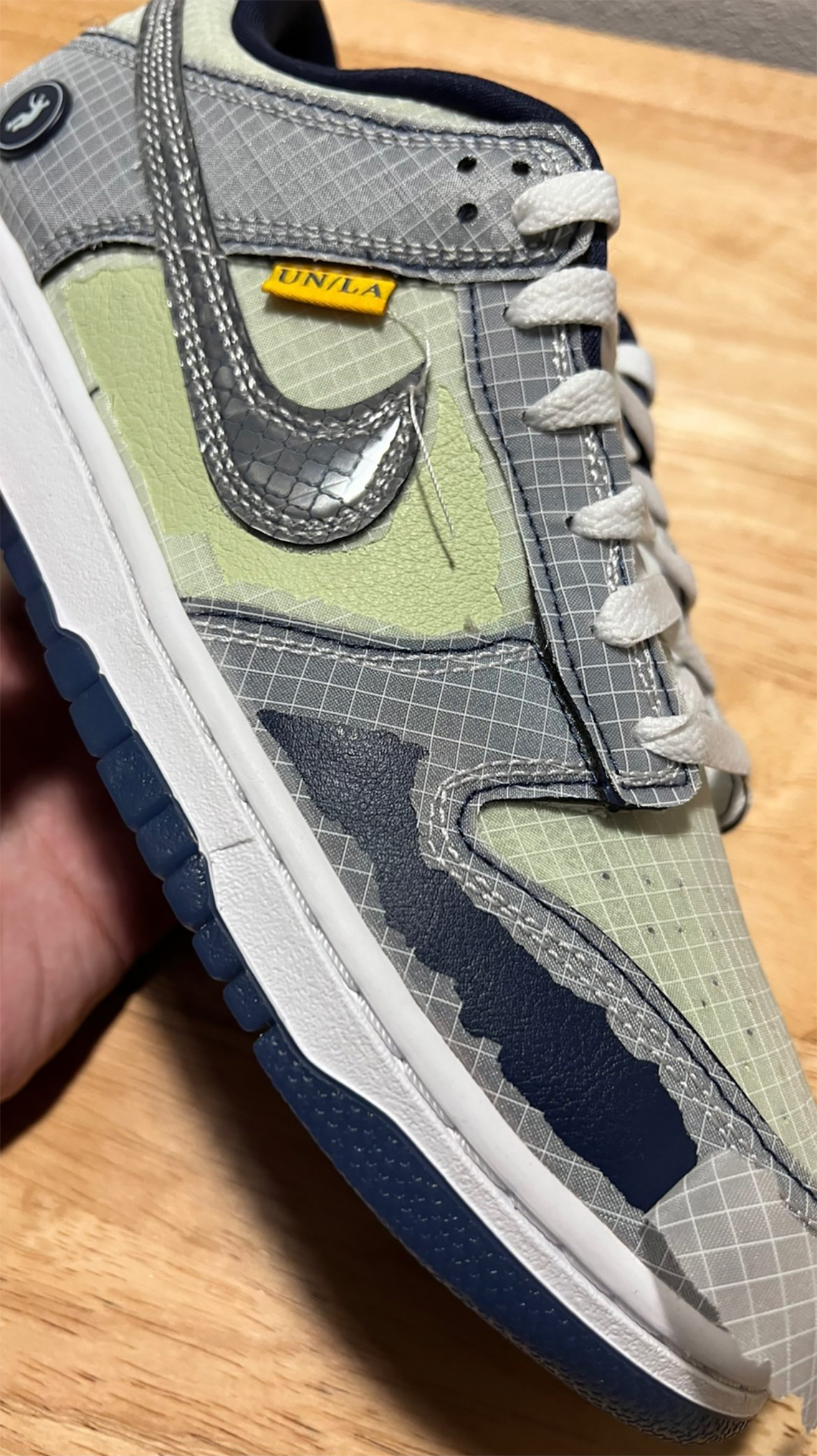