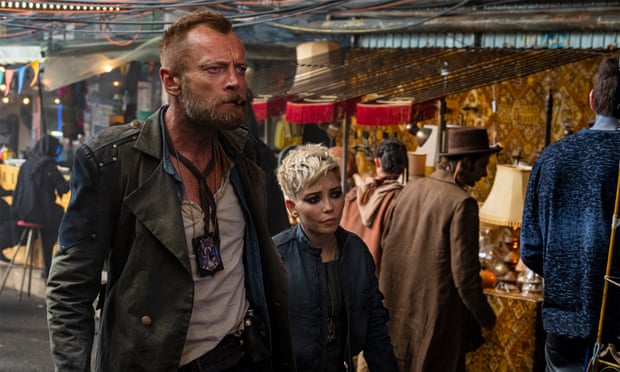 
EXCLUSIVE: A flood of UK TV execs have headed to the U.S. in the past few days for pitch meetings as UK citizens are finally allowed to enter the country for the first time in almost two years.

Deadline understands senior figures from the likes of BBC Studios and Night on Earth producer Plimsoll Productions have flown to the U.S. since the travel ban lifted last week, along with the bosses of smaller international-facing producers such as Zig Zag Productions.

UK execs have been pitching to U.S. buyers via Zoom for nearly two years but, last Monday, the U.S. lifted restrictions for travellers who are fully vaccinated. Travellers require a negative PCR or Antigen test within 72 hours of departure and must take another test once they return. Nearly 70% of the UK population has had both doses and a ban on travel to most European countries lifted several months ago.

While Zoom has allowed pitching to continue throughout the pandemic, there was a buzz of excitement from the execs Deadline spoke to, who have multiple meetings over the coming weeks.

“It’s been a long road and I’m really looking forward to getting out there,” said one indie boss who used to regularly travel to the U.S. and has around a dozen meetings set up with a wealth of buyers.

Sources stressed the difficulty of having “informal” chats over Zoom and fleshing out an idea with commissioners Stateside. Interactions can often feel more staid and transactional, and are reliant on a solid internet connection, they added.

There has been no doubt, on the other hand, that Zoom has somewhat democratised the pitching process. In the UK, the mostly London-based commissioning class has repeatedly stressed how much easier it has been to speak to producers based outside of the capital, who would normally spend two-to-three-days per week in London.

The U.S. travel ban also lifts as activity from the US studios and streamers in the UK reaches crescendo.

Shows such as Netflix’s The Witcher, Apple TV+’s Slow Horses and HBO’s Game of Thrones prequel House of Dragons are in production, leading the nation’s skills base to be stretched, which industry insiders are predicting will be pushed to breaking point once production starts up on Amazon’s Lord of the Rings. There have been multiple reports of in-demand roles such as production managers being headhunted midway through a show by wealthier buyers.