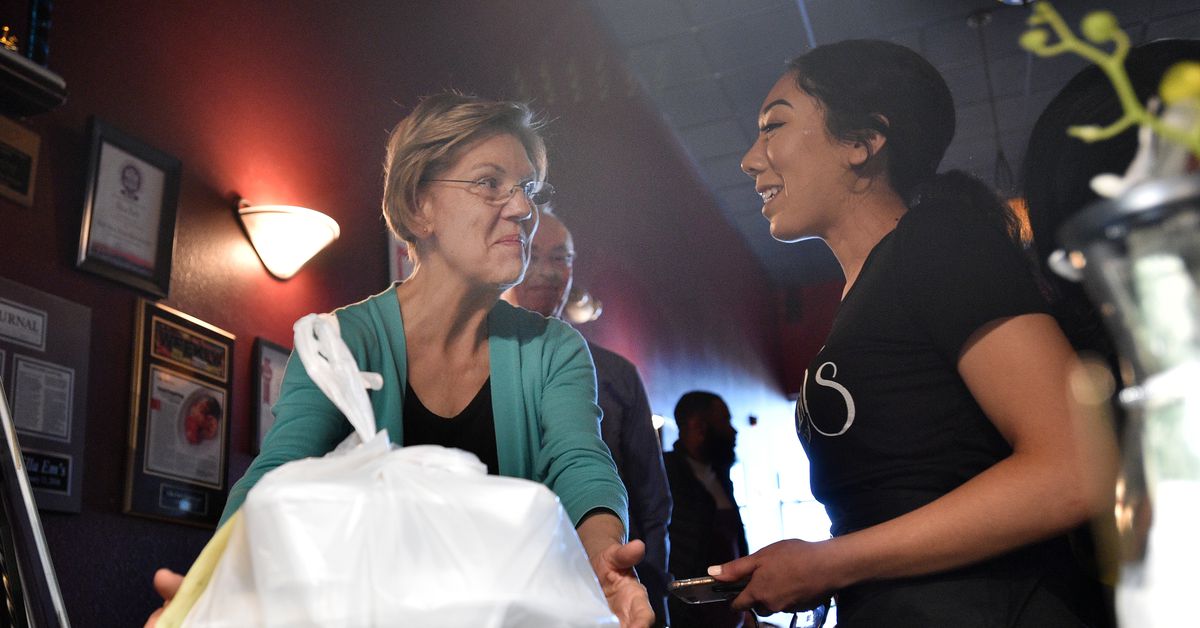 
Elizabeth Warren, U.S. senator from Massachusetts, is calling on state residents to put their support behind a bill to replenish pandemic restaurant aid for hospitality businesses across the country.

Last year, over 2,500 Massachusetts restaurants received federal aid as part of the American Rescue Plan’s Restaurant Revitalization Fund. It wasn’t enough. Many are experiencing another tough winter and wondering when — or if — more aid will come.

In March 2021, the American Rescue Plan stimulus bill was signed into law, granting nearly $30 billion in federal funds earmarked for restaurants. Of that funding, almost $1 billion went to Massachusetts restaurants in grants from the low thousands up to $10 million. By the end of June 2021, the fund was already depleted, leaving countless restaurants in need. In mid-June 2021, Sen. Kyrsten Sinema of Arizona introduced Bill S.2091, the Restaurant Revitalization Fund Replenishment Act of 2021, which aims to add $60 billion in additional restaurant aid. It’s been languishing in Congress since then.

Along with Massachusetts’s other U.S. senator, Ed Markey, Warren is among 42 co-sponsors of the bill — 36 Democrats and six Republicans. Speaking with Eater Boston by phone last week, Warren acknowledged the urgency of passing the bill and getting aid to the restaurants that need it most. “People need the money right now,” Warren said. “Congress should have stepped up months ago going into the winter, but here we are now, and with omicron hitting so much harder than most people anticipated, that’s been a double blow to the restaurants, so we need to get the help out the door fast.”

The Senate is currently tied up with the voting rights bill, but afterward, Warren said she wants to see an immediate pivot to replenishing the money in the restaurant fund. “There are a lot of restaurants here in Massachusetts that are hanging on by their fingernails,” she said. “What I’m pushing for now is to move this up in our priorities. I want to see that money out the door as soon as we possibly can.”

What’s to prevent the challenges the fund faced the first time around? Warren thinks simplicity is the key. “I think it’s a real mistake to pass a law that forces someone who’s a really good chef to have to become an expert in federal law,” she said. “I want us to tweak this bill so that it’s simple and dependable and the money goes first to those who were shut out last time and then to people who really need it right now. I want to see it go to the small restaurants, the independently owned restaurants. They are the heart of our communities, and that’s where I want to see that money go.”

Restaurants nationwide are facing immense challenges as the pandemic continues, but restaurants in colder states like Massachusetts have the added hurdle of outdoor dining not really being feasible year-round. Massachusetts also has more COVID-related regulations in place than many other states, with some cities and towns, including Boston, Brookline, and Salem, even introducing proof-of-vaccination mandates for indoor dining. While many restaurant owners, employees, and customers support the measures for safety reasons, the rules do place an added burden on the already stretched-thin staff of restaurants, who now have to enforce rules and deal with hostility from some would-be customers. It all adds up to a continued time of uncertainty and hardship for Massachusetts restaurants.

“It is really tough,” said Warren, noting that Massachusetts restaurants are “very creative,” and many have been able to cover some expenses with takeout and various pivots. “But they need help, and the federal government needs to step up fast for our restaurants,” she said. “They are a critical part of our state, and they are a critical part of who we are as a people. If we lose a big chunk of them permanently, we’re going to have a hard time rebuilding our communities.”

Diplomatically declining to name a favorite local restaurant (she insists that she loves all of them), Warren said, “At the end of a long, hard day, being able to sit down across from each other and know that someone else is going to bring us some good food and something to drink while we have a chance to visit with each other and catch up on all that’s gone on makes everything in life work better,” said Warren. “There is nothing that is not made better by a good meal and — can I say it? — a Michelob Ultra.”

Warren says that calling on representatives is the best way to push the bill along. (The Independent Restaurant Coalition offers an easy script.) “This is bang the drum time,” said Warren, “or should I say, take out a big spoon and hit the pot time. Make some noise around this.” And in the meantime, go out to eat if you can. “I just want to make sure everybody understands the crisis that the industry faces, the importance of federal help, but also the importance of going into a restaurant,” she said. “Go to a local restaurant. It’s time. And yes, we’re in a pandemic, but restaurants have been so careful, and I appreciate that. I feel safe in my favorite restaurants, and I want to be there to support them.”