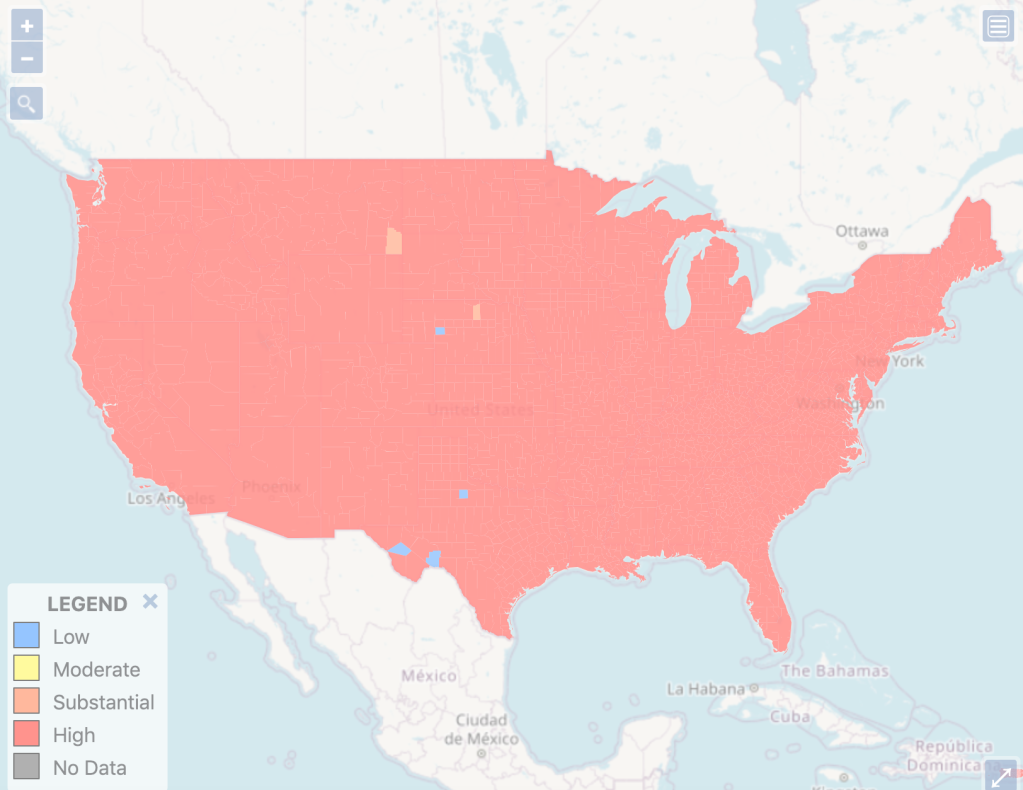 
While the 7-day average of new Covid cases in the U.S. is trending down, the daily number of new cases topped 1 million for only the second time in the 733 days since the first infection was reported stateside. Monday case numbers posted today by the CDC and Johns Hopkins University came in at 1,140,580 and 1,007,511 new daily cases, respectively. The only other day that compares, according to the CDC, was January 10 of this year.

Newly-announced Monday numbers are generally skewed either lower or higher by weekend reporting delays. That’s why another day the U.S. was widely reported to have seen 1 million-plus new cases, January 3, no longer appears quite that high on the CDC’s historical graph of new daily cases. A record number of new cases posted the following Monday, however, has not fallen significantly as those cases were sorted.

On January 10, the United States posted what remains its highest daily case count ever, at 1,333,640. It’s also the highest number of new daily cases posted by any country on earth. The 7-day average test positivity rate had peaked 48 hours before on January 8 at a then-record 26.8%.

More recently, the U.S. test positivity rate set a new record of 30.3% on January 21. It’s not surprising, then, that the country again topped 1 million cases three days later. What is surprising is that it did so at a time when the general consensus sees the country heading out of the surge fostered by Omicron. That’s not inaccurate, either, since test positivity in the country, which in previous peaks has presaged changes in case counts, has dropped rapidly over the past few days.

Monday’s test positivity was 24.3%, according to Johns Hopkins data. That’s a 20% drop in just three days in a number calculated as a rolling average spread over seven days in order create a more indicative trend line. The current test positivity trend line is relatively steep and headed downward.

Unfortunately the final lagging data point in infection surges is deaths, and those have begun to rise as a result of the recent peaks in cases, case rates and hospitalizations. The 7-day rolling average of new, Covid related deaths in the U.S. has risen from a recent low of 759 on November 28 of last year to a current 7-day average of 2,643. See the 7-day average trend chart below from the CDC for perspective.