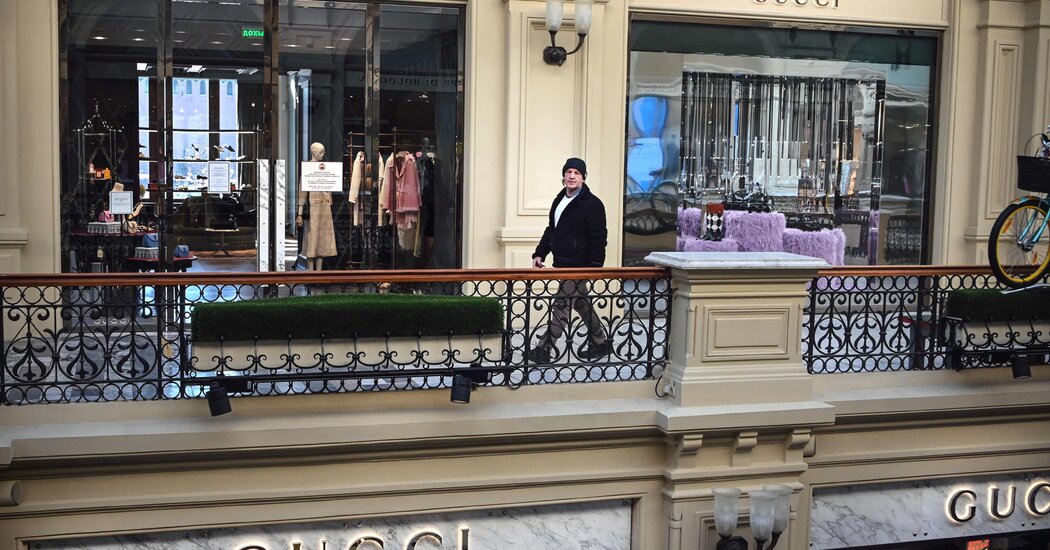 
Hermès scarves, Harry Winston jewels, Feadship yachts, Mercedes cars, Cognac and Champagne — none of these public badges of achievement and culture will be available to oligarchs in Russia any more.

As part of a fourth wave of sanctions against Russia for its invasion of Ukraine, the European Union and the United States announced Friday that they would no longer allow any exports of luxury goods to Russia.

The bans were designed “as a direct blow to the Russian elite,” Ursula von der Leyen, the president of the European Union’s executive arm, said in a statement, adding: “Those who sustain Putin’s war machine should no longer be able to enjoy their lavish lifestyle while bombs fall on innocent people in Ukraine.”

A fact sheet from the White House said elites “should no longer be able to reap the gains of this system and squander the resources of the Russian people.”

While many luxury groups had already closed their stores in Russia, this move will prevent shipments of high-end watches, cars, apparel, alcohol and jewelry from reaching the country.

The White House placed the value of American luxury exports to Russia at about $550 million a year.

Though Russia accounts for a relatively small percentage of most high-end brand sales, depriving the oligarch class of access to luxury goods, which for many have served as cultural entree to the West and a stamp of aesthetic approval, is a deeply symbolic move.