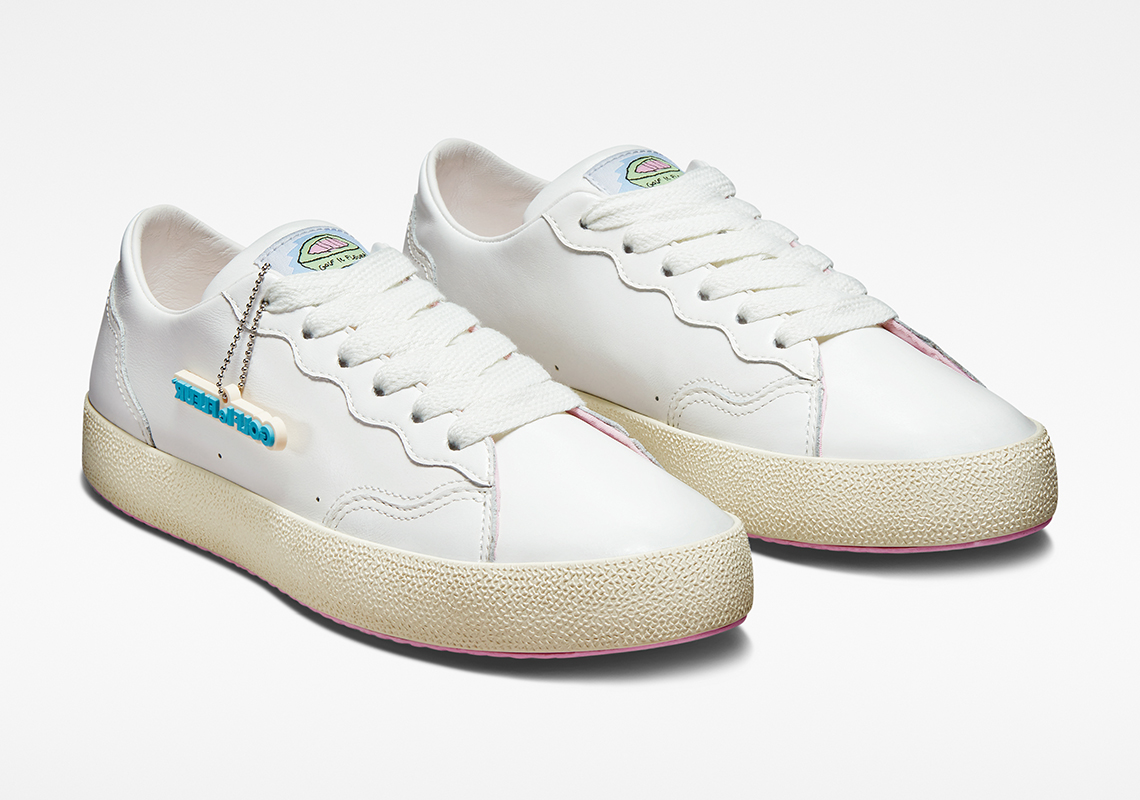 Tyler, The Creator has been dealing out collaborative sneakers ever since his Odd Future days. And though Vans initially cosigned the artist, it would be Converse that would help bring things to the next level, as they provided the alias-heavy talent far more creative freedom. Thus far, the partnership has produced two unique silhouettes, the Gianno and the GLF 2.0, the latter of which is about to appear once again in its simplest colorway yet.

Originally debuted back in June of this year, the GLF 2.0 marks a stark shift towards minimalism. And while that rings true in the overall design, the silhouette’s inaugural colorways were not quite as subtle, sporting light florals and a palette akin to beef and broccoli. Here, Converse and Tyler, The Creator have moved far away from these influences, dressing up the shoe in white leathers and a cream midsole. Brighter shades — specifically, a light pink and blue — are only used along the branding as well as relatively obscured fixtures like the outsole and sockliner.

For a closer look at the latest GLF 2.0, see below. These will be available via Converse.com and GOLF le FLEUR on September 27th at a retail of $110 USD.

In other news, have you seen the South2 West8 Reebok? 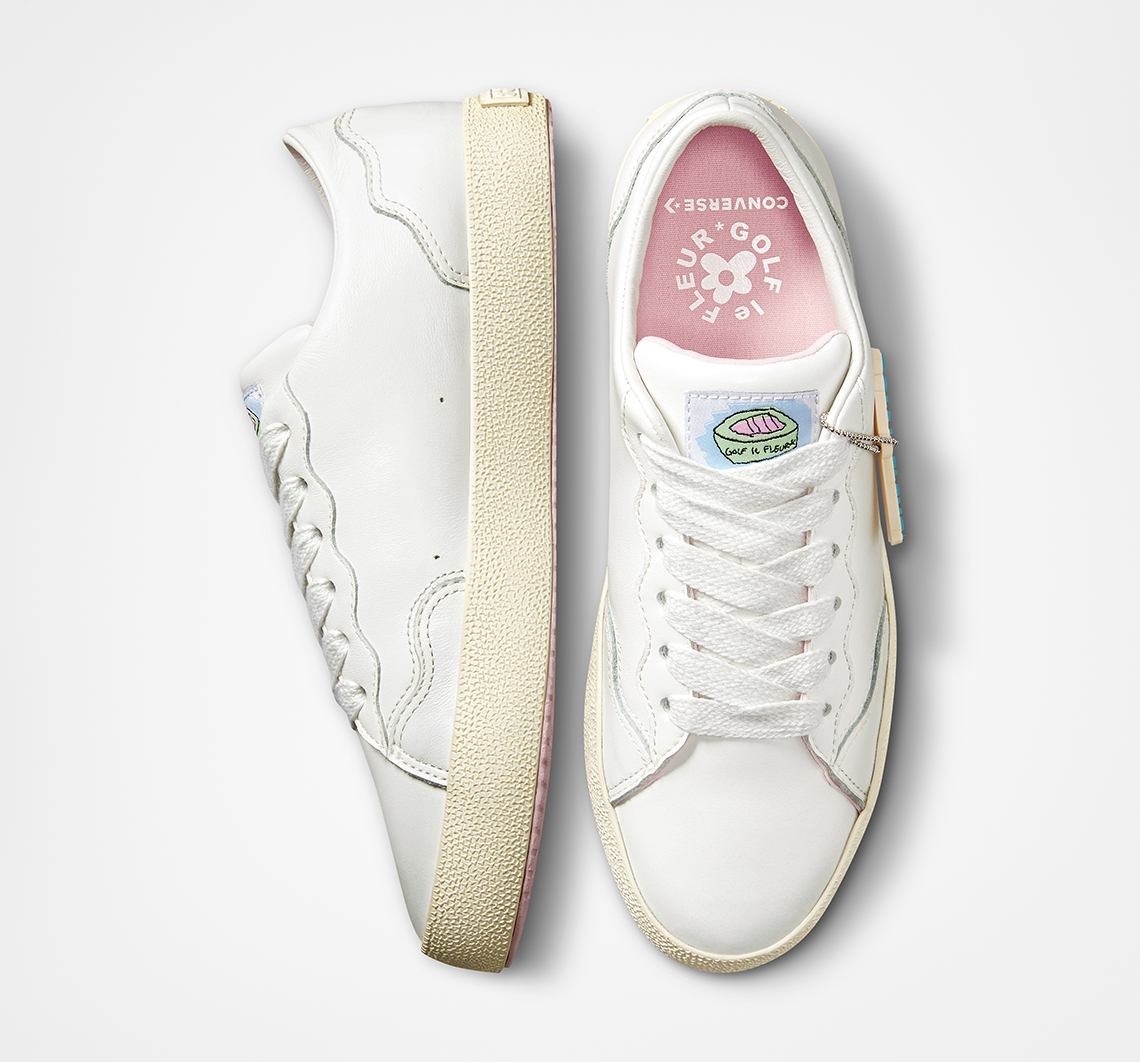 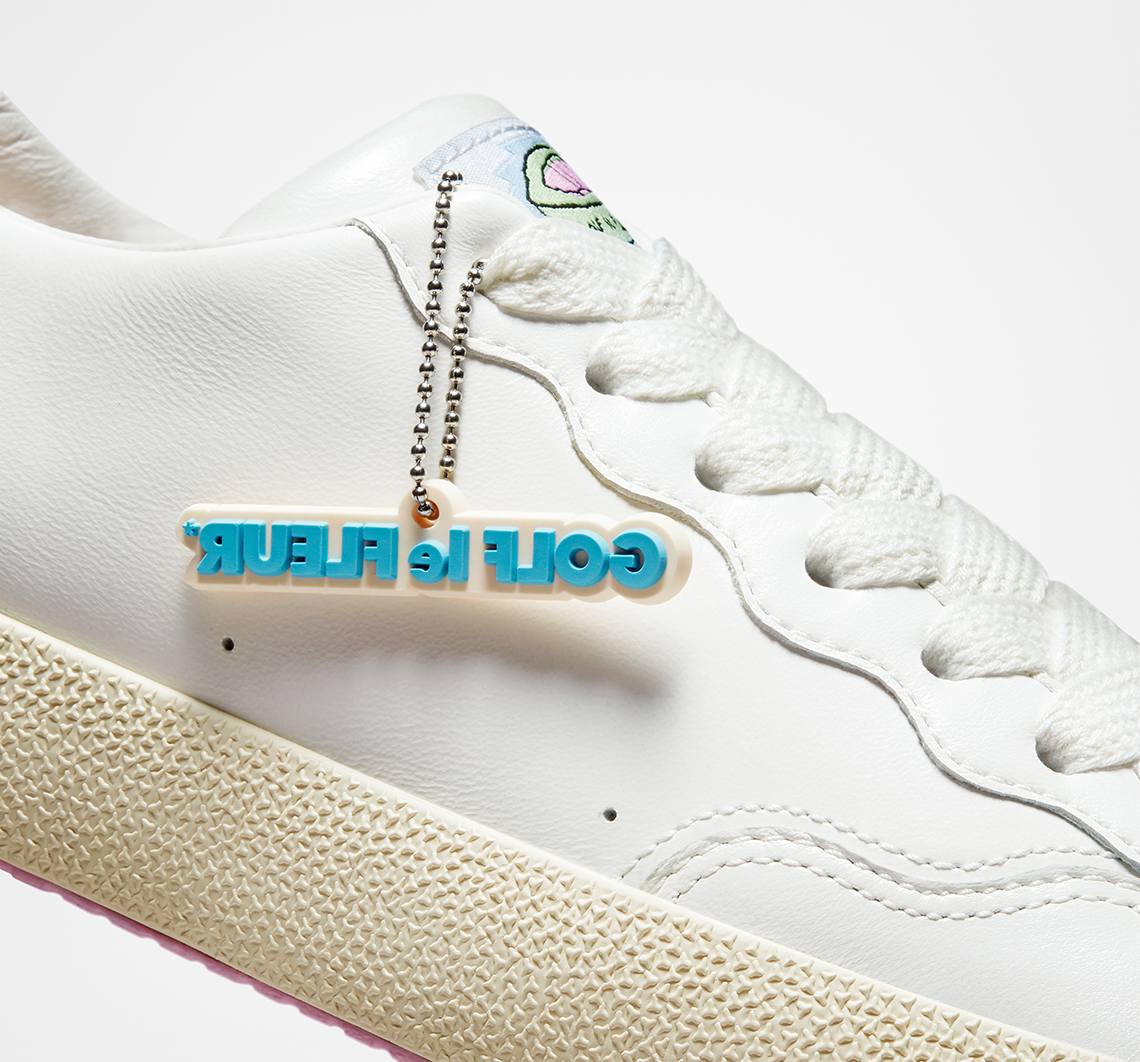 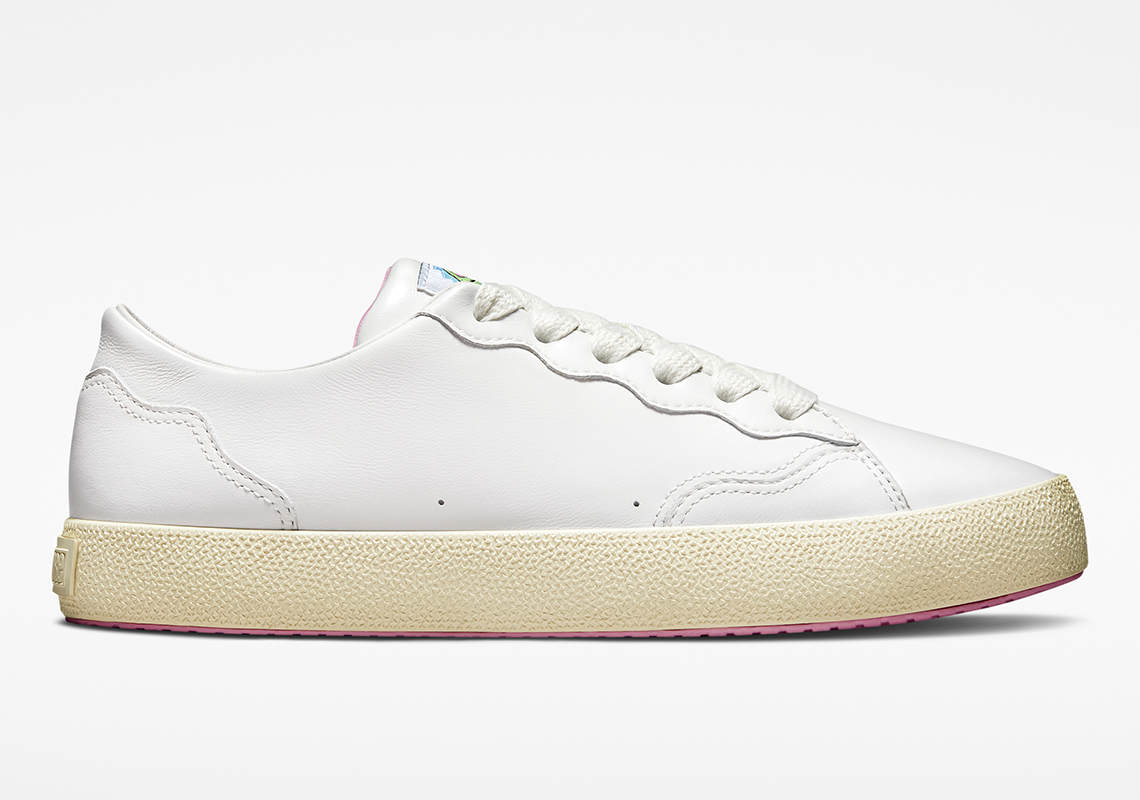 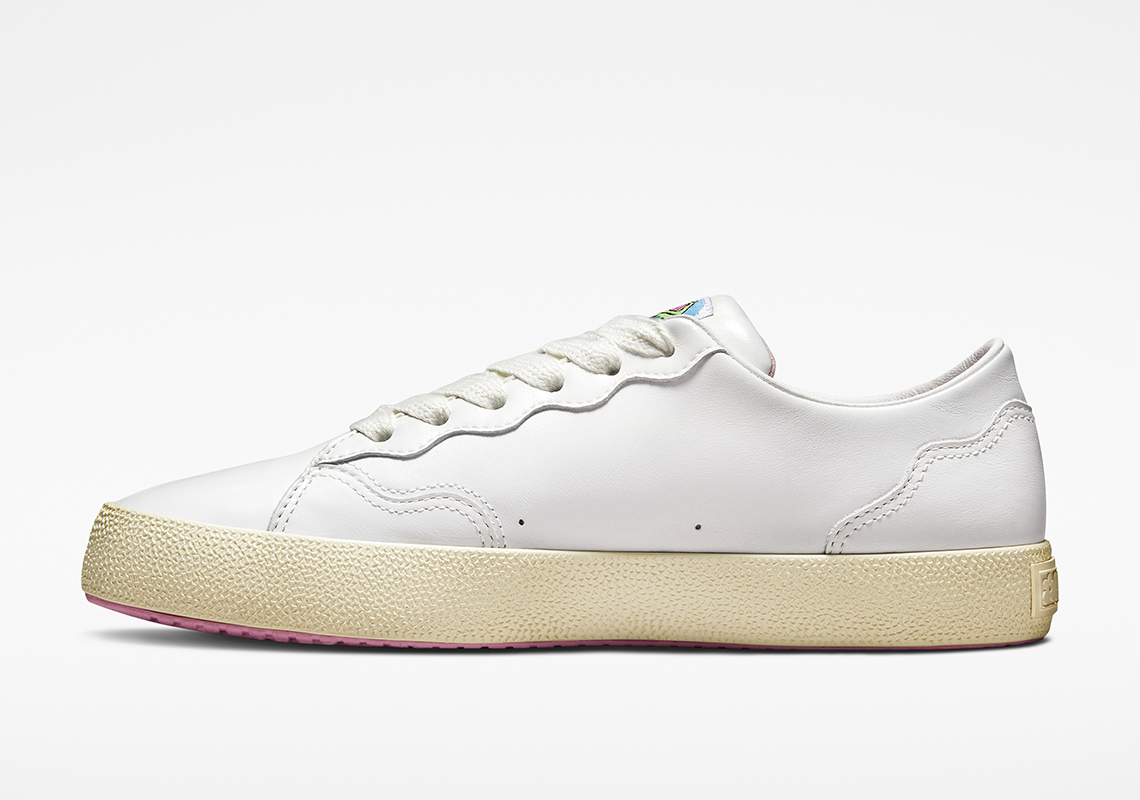 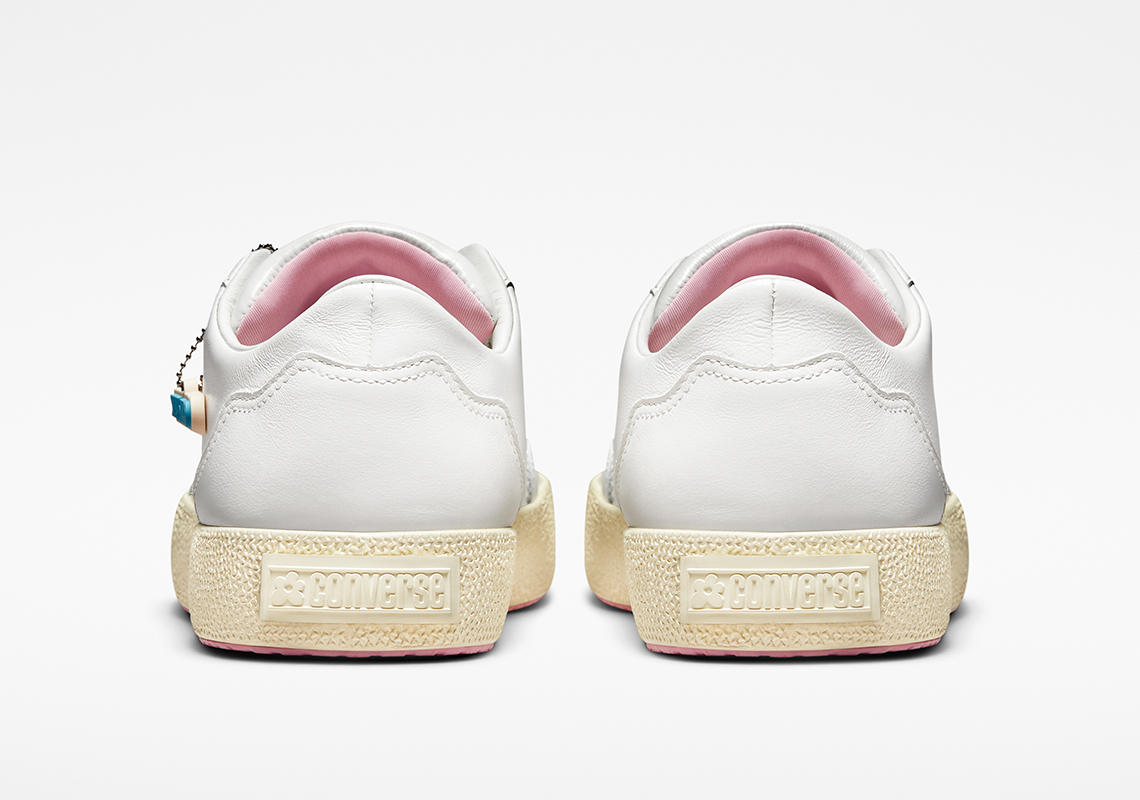 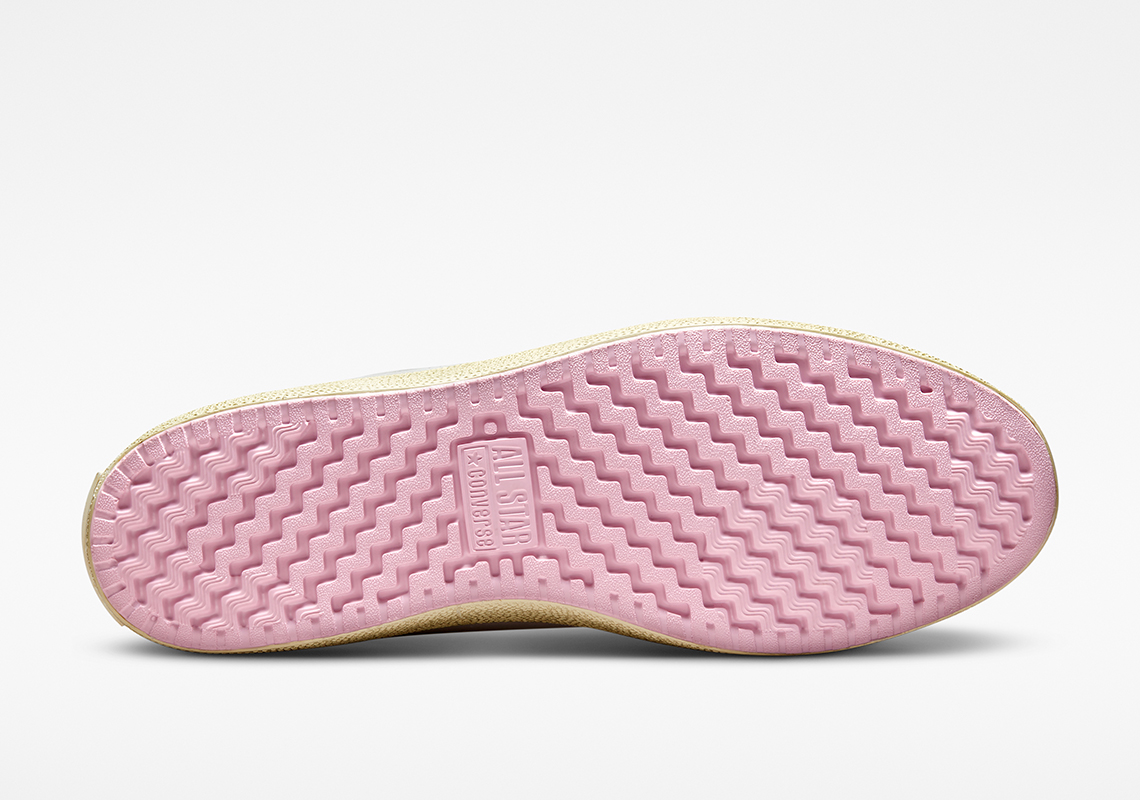 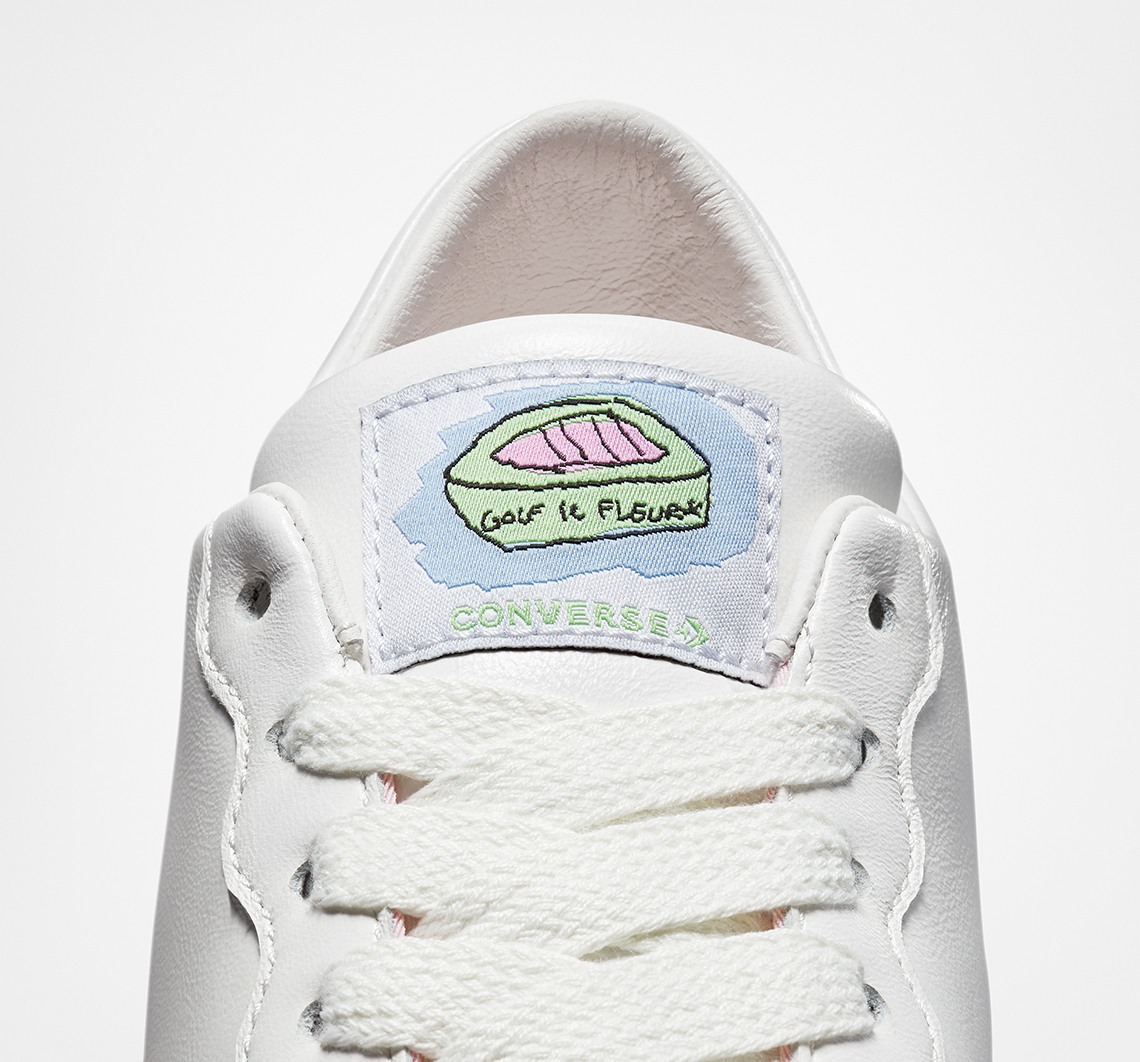 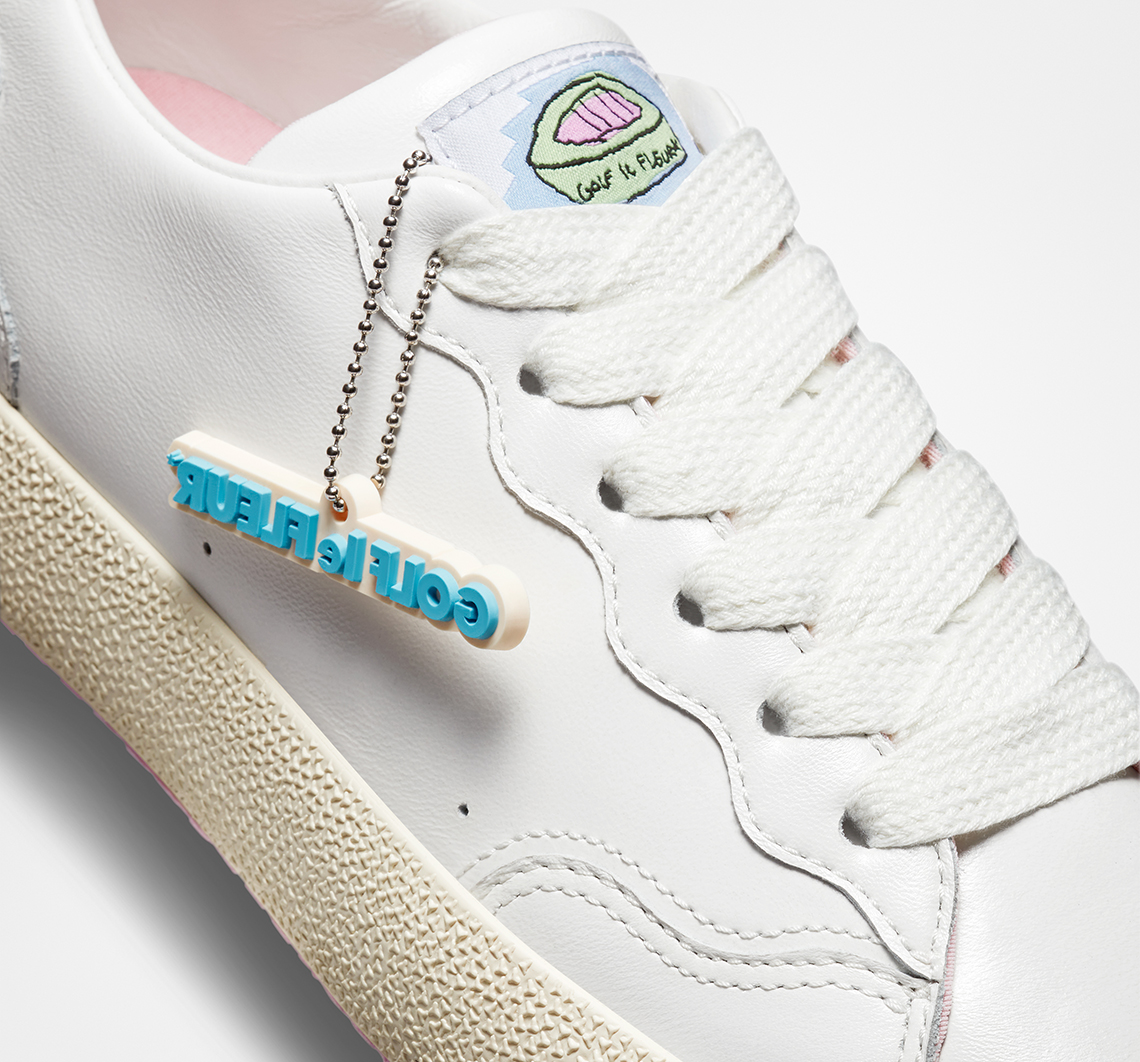 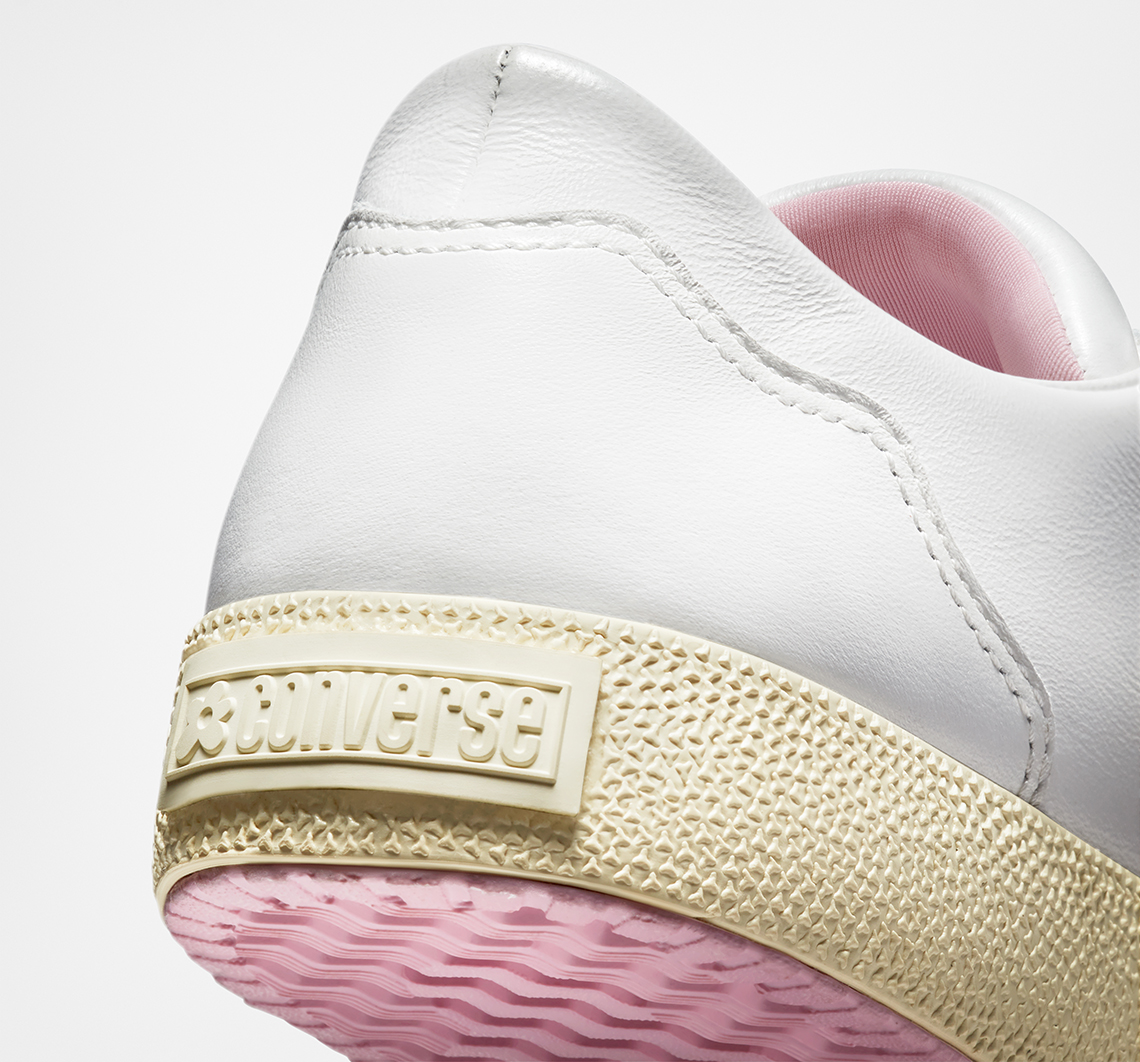