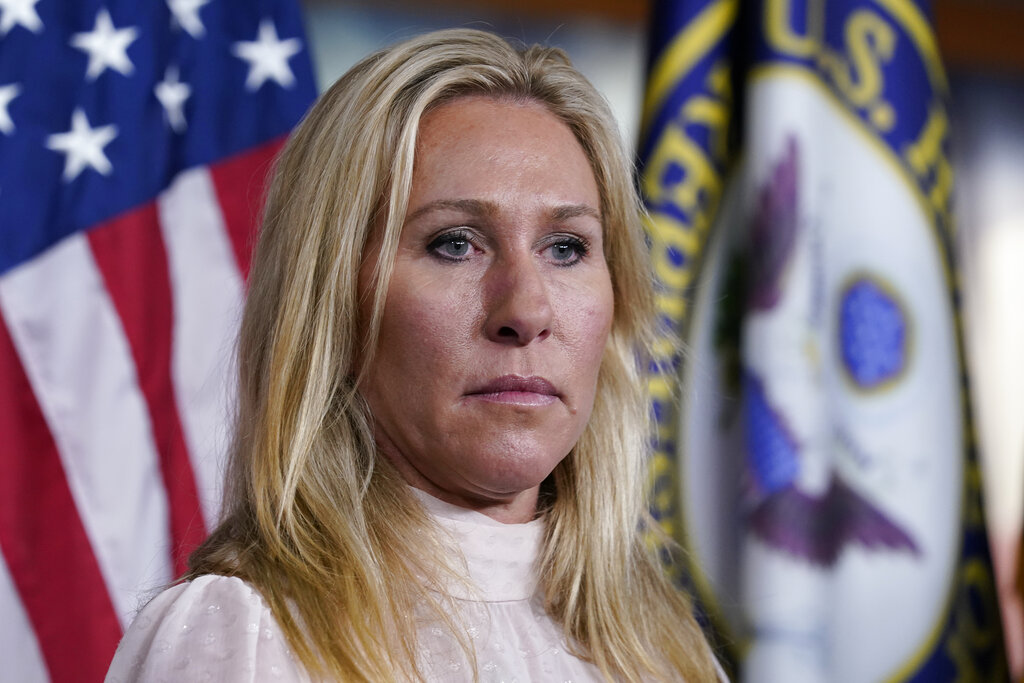 
Twitter said on Sunday that it has permanently suspended the personal account of Rep. Marjorie Taylor Greene (R-GA) for repeated violations of their Covid-19 misinformation policy.

“We’ve been clear that, per our strike system for this policy, we will permanently suspend accounts for repeated violations of the policy,” a Twitter spokesperson said.

The permanent ban on the account of @mtgreenee came after she tweeted about Covid-19 vaccines.

The account she uses for her congressional office, @RepMTG, remains active.

Twitter earlier this year unveiled a “strike” system serve as an enforcement mechanism for its Covid-19 misinformation policy. The first strike served as a warning, but the second, third and fourth strikes included account locks. After five or more strikes, users can have their accounts permanently suspended.

In a statement, Greene’s office said in a statement through her office, per NBC News,”Twitter is an enemy to America and can’t handle the truth. That’s fine, I’ll show America we don’t need them and it’s time to defeat our enemies.”

Greene’s account was suspended for one week in August after she tweeted that the vaccines are “failing.” She was warned at the time that the violation of its Covid-19 policy was a fourth “strike.” Greene also has been repeatedly fined for violating mask wearing rules on the floor of the House of Representatives.