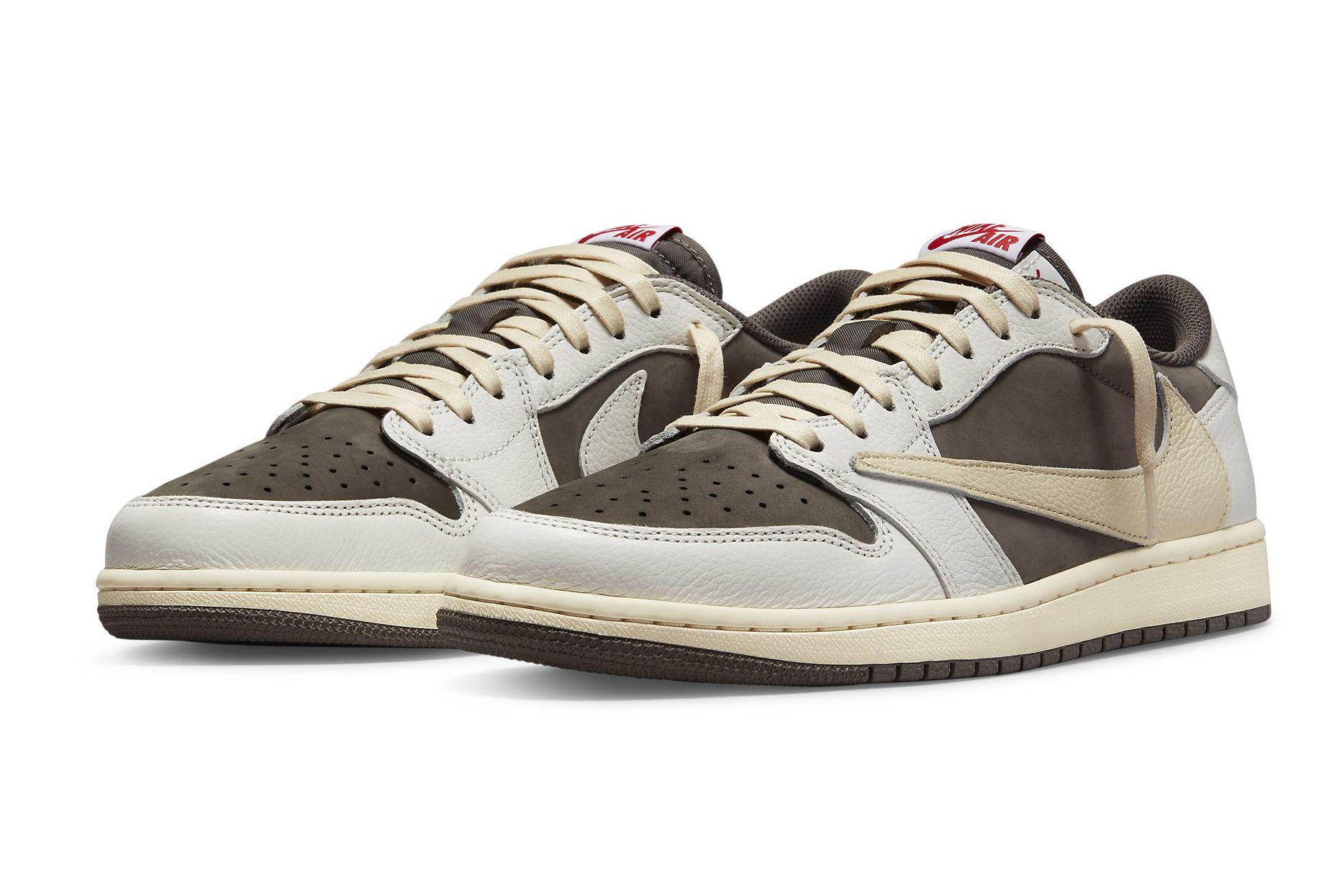 Travis Scott surprised his fans last night by releasing his Air Jordan 1 Low “Sail and Ridgerock” collab via raffle at shop.travisscott.com yesterday and as expected, the sneaker sold out quickly. For fans who struck out on his website, they can still get a pair on the SNKRS app.

The sportswear brand announced today on the SNKRS release calendar that Scott’s Air Jordan 1 Low “Sail and Ridgerock” collab is releasing again via the app before week’s end.

The collab features a brown nubuck upper that’s offset by white leather overlay panels. The shoe’s standout detail is the sail reverse Swoosh branding on the lateral side and “Cactus Jack” branding stamped on the tongue and medial side. The look is completed with a sail midsole and a brown outsole.

This forthcoming “Sail and Ridgerock” colorway is the second Air Jordan 1 Low collab between the Houston rapper and the Swoosh. The duo dropped their first Jordan 1 Low in 2019, with a third colorway reportedly hitting stores before year’s end.

“Travis Scott—hip-hop artist, record label founder, and Houston, Texas native—continues to remix the AJ1 Low, bringing a coveted look back to the streets. Staying true to Scott’s love for earth tones and a worn-in look, this version incorporates an aged effect on the midsole with matching laces and tumbled leather overlays,” Nike wrote for the product description of the collab.

The Travis Scott x Air Jordan 1 Low “Sail and Ridgerock” collab will be released this Thursday via SNKRS at 10 a.m. ET and at select Jordan Brand retailers for $150.