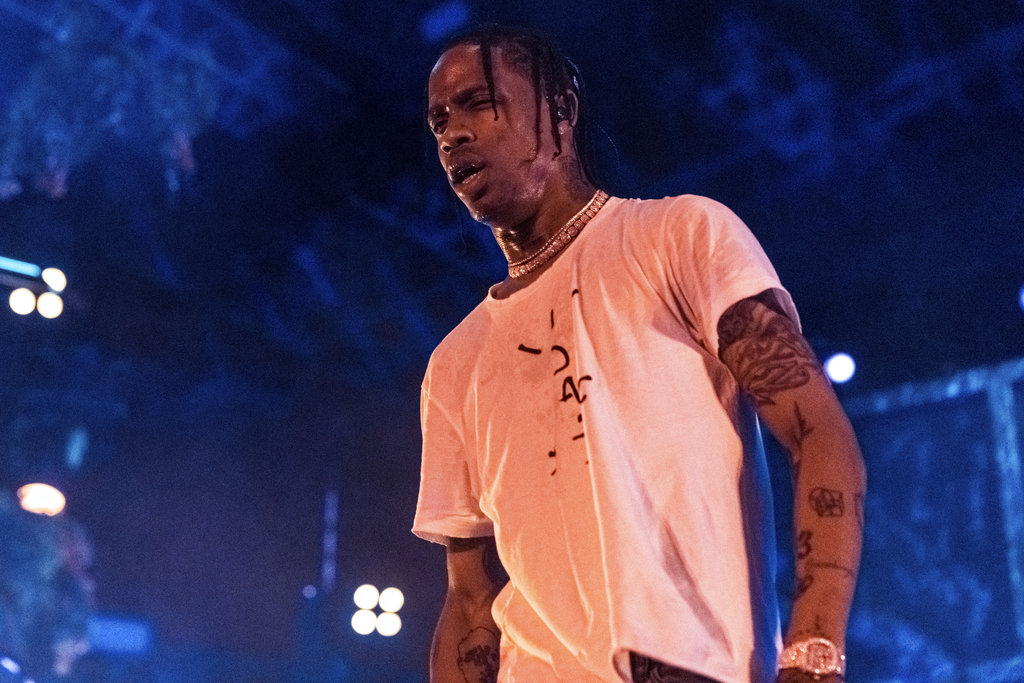 
Any plans Travis Scott has to return quickly to the stage following his disastrous Astroworld festival in Houston are clearly in trouble.

Reports have surfaced that Scott has been removed from his headlining slot at the 2022 Coachella Music and Arts festival. He was announced in January 2020, but that edition of the festival was postponed.

Scott was the headliner in early November at his own Astroworld event, which partnered with Live Nation. The poorly managed concert saw nine people die and hundreds injured in a crowd crushing incident while Scott was on stage.

Scott will reportedly receive a kill fee for his involuntary Coachella removal. The appearance would have been his first since the Astroworld event. Coachella, which launched in 1999, is the biggest music festival in North America, annually drawing 125,000 attendees and selling out quickly.

The 2022 Coachella festival is scheduled to take place on the weekends of April 15-17 and April 22-24 at the Empire Polo Grounds in Indio, Calif. Scott last appeared in 2017 at the event.

Deadline reached out to event promoter Goldenvoice on Saturday, but there was no response. The Scott removal was first reported by radio station KESQ in Palm Springs.

A Change.org petition calling for Scott’s removal from Coachella has gathered nearly 60,000 signatures. A bigger problem for Scott are the hundreds of lawsuits he faces fro the Astroworld debacle.

Scott has claimed he was not aware of the issues until after his performance and has expressed his regrets.

“After careful evaluation, we have decided to stop all production and brand development of CACTI Agave Spiked Seltzer,’ Anheuser-Busch said in a statement on Friday. “We believe brand fans will understand and respect this decision.”