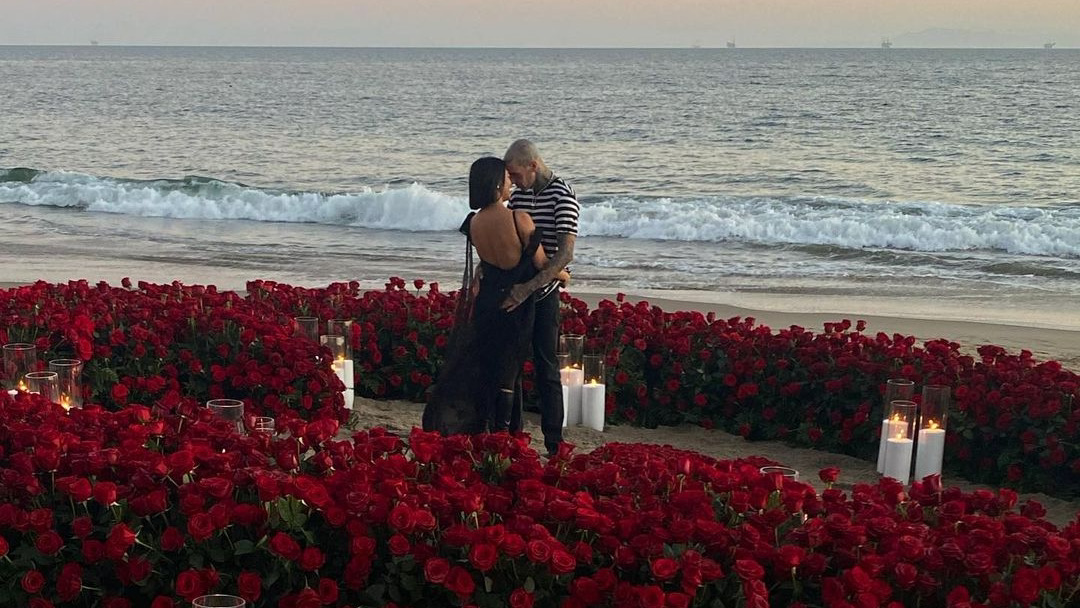 The Blink-182 drummer popped the question on the beach of a Santa Barbara resort on Sunday, according to TMZ. Kardashian subsequently confirmed the engagement by posting photographs of Barker’s proposal to Instagram.

Barker and Kardashian have been close friends for years, but only began dating in January 2021. The two have been inseparable since then, and Barker even credits his new fiancée for giving him the courage to fly again. To that point, Barker seemingly took a red eye to California on Sunday after backing Young Thug on Saturday Night Live.

This will be Barker’s third marriage and Kardashian’s first. Barker has two children with his second wife, Shanna Moakler, while Kardashian and her ex-partner, Scott Disick, share three children together.