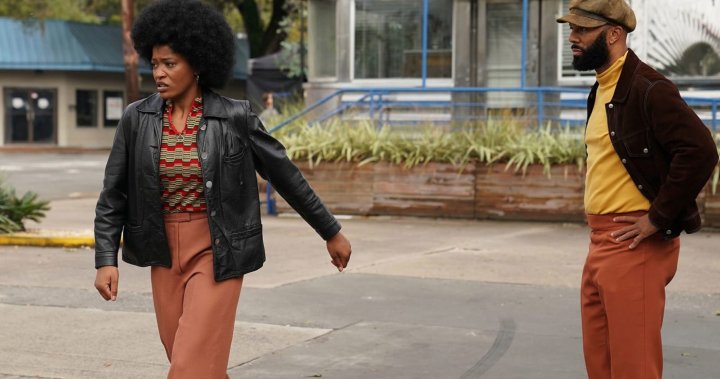 For the second year in a row, the festival is being offered entirely online, allowing for comfy couch screenings at one’s leisure.

The festival, which runs from Feb. 16 to 21, is host to 18 world premieres, 28 international premieres and 60 Canadian premieres.

Keke Palmer and Common’s Alice kicks off the festival on Wednesday evening, following an acclaimed debut at the Sundance Film Festival.

Alice is the story of an enslaved woman in the antebellum South who escapes her hidden plantation, only to realize she’s not living in the 1800s – rather it’s 1973. Based on a true story, the main character becomes hellbent on exposing the plantation’s secret and freeing her family.

The film festival closes on Feb. 21 with Paul Tom’s documentary Alone – a film that follows three unaccompanied minors as they leave their home countries for a chance to have a better life in Canada.

This year’s event has been dedicated to the late actor Sidney Poitier, and his achievements and contributions to the entertainment industry will be celebrated throughout the festival.

Ticketholders not only receive access to all screenings, but also have the opportunity to check out bonus events like the Black Market – a series of free panel discussions with industry professionals, who will discuss today’s most critical filmmaking and social issues.

Family Day, Feb. 21, will see the return of the TBFF Kids Festival, with activities for the family, including dance workshops, craft tutorials, storybook readings and kid-friendly yoga.

To celebrate this milestone & #BlackHistoryMonth in style, we’re bringing you…

The festival will also have a Live Performance Series, with Black artists and musicians showcasing their talents on Facebook Live.

Thirty-five of Canada’s up-and-coming Black filmmakers from Canada’s largest cities will also screen the short films they’ve created while working with the Fabienne Colas Foundation’s Being Black in Canada program.

The Toronto Black Film Festival (TBFF) was created in 2013 by the Fabienne Colas Foundation, a not-for-profit that works to promote film, art and culture in Canada.

It’s #OpeningNightEve 🤯 We can’t believe it!

What we can believe is this statement from our Founder @Fabiennecolas, who has poured her passion, drive, and heart into making the #TorontoBlackFilmFest a major #BlackHistoryMonth event over the past 10 years! pic.twitter.com/eBW3u1TKqC

Last week, the Fabienne Colas Foundation announced the launch of the Festwave Institute to support underserved Black talent, in addition to its mentorship and film festival programs. It’s funded in part by Ottawa’s Ecosystem Fund, which launched in 2020 to strengthen Black entrepreneurship in various sectors.

The foundation has also created Black film festivals in Montreal and Halifax, as well as the Fade to Black Festival and the Quebecois Film Festival in Haiti.

The Toronto Black Film Festival runs from Feb. 16 to 21. Tickets and schedules can be found online.