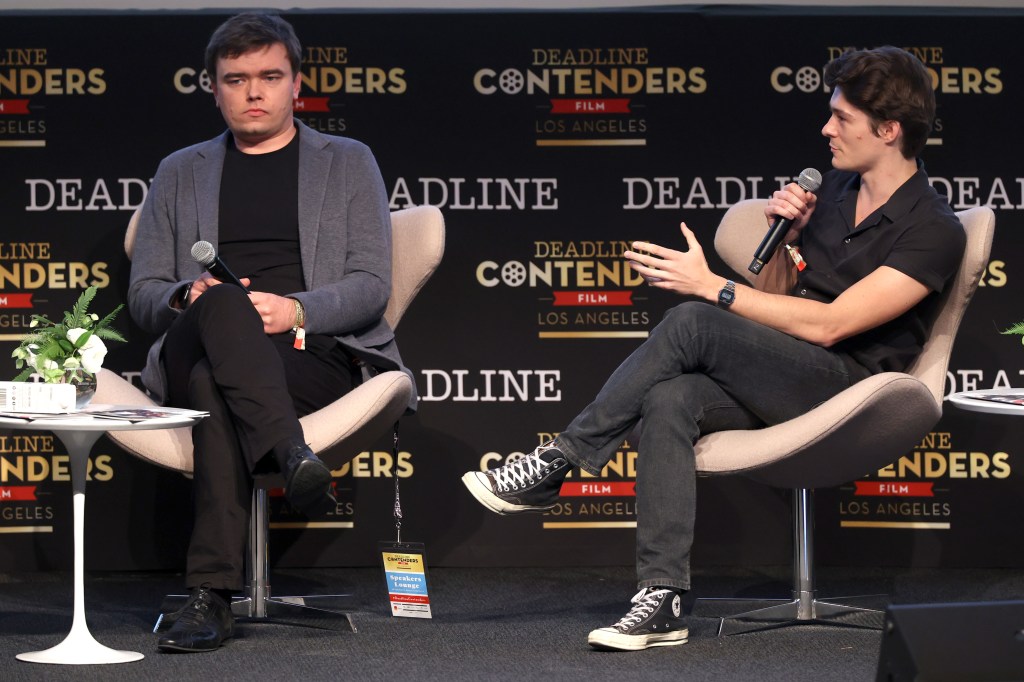 
Leave No Traces director Jan P. Matuszynski said that although the Polish population might know about the murder of Grzegorz Przemyk, most didn’t understand the full scope of the operation. Matuszynski and lead actor Tomasz Zietek joined film critic Todd McCarthy to talk about the political drama during Deadline’s Contenders Film: Los Angeles award-season event Sunday at the DGA Theater.

“No one knew the details — just names and if they had gotten beaten up,” Matuszynski said. “If you go more into the characters, which is in the film, they didn’t know how much of a cover-up it was. The problem was not the situation in the police station. The problem was that it was getting more and more political. This is something that is universal.”

The film, which premiered at Venice, is Poland’s official entry in this year’s International Film Oscar race. It’s set in 1983, when Poland is shaken by the case of Przemyk (Gorski), a high school student who’s beaten to death by militia for refusing to show his identity documents. Based on true events, Leave No Traces follows the story of Jurek (Zietek), the only witness of the beating, who became the No. 1 enemy of the state overnight. The oppressive regime used its whole apparatus – the secret service, militia, the media and the courts – to squeeze Jurek and other people close to the case, including his parents and Przemyk’s mother, Barbara (Sandra Korezniak).

Matuszynski explained through despite four years of working working on the film, he has yet to understand the police’s motivation in fatally beating the 18-year-old.

“The whole thing is Kafkaesque,” the filmmaker said. “I don’t know. I would like to know the answer, but that’s part of the job. It all starts with Przemyk not showing his ID even though he had it on him. At the time, he didn’t have to show it due to the suspension of martial law, and he used his civil rights, which is something I admire. The freedom is symbolic.”

Zietek said the case served as a milestone of his parents’ generation.

“Almost everyone remembered the situation as traumatic,” he said.