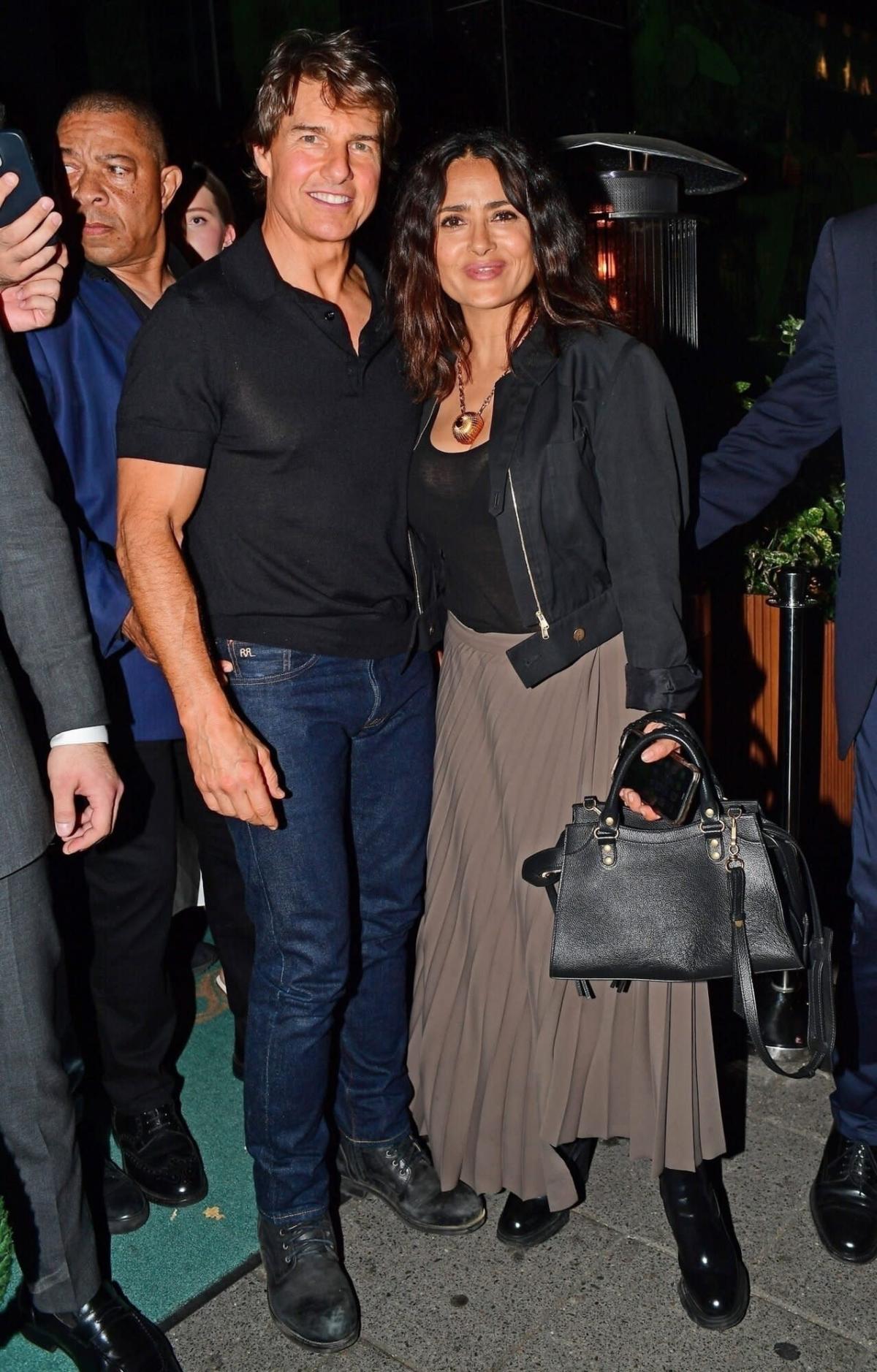 Tom Cruise is happily third-wheeling it.

The Golden Globe winner, 60, was all smiles as he posed for photos with Salma Hayek outside a London restaurant where they ate dinner with Hayek’s husband François-Henri Pinault on Friday.

Cruise is still riding high off the success of his highly-anticipated sequel Top Gun: Maverick, which surpassed $1 billion at the global box office to become the biggest movie of his career after it premiered in May. The critically-acclaimed blockbuster has also outperformed Titanic as Paramount’s highest-grossing movie at the domestic box office.

The Mission Impossible star, who lives part-time in London, previously attended Wimbledon and British F1 Grand Prix, where he celebrated his milestone 60th birthday while showing support for Lewis Hamilton.

“Lewis always. He’s a great friend of mine. I hope he has a great day,” Cruise said of Hamilton, 37, who came in third after taking home the first place trophy eight times in recent years.

Hayek recently joined the cast of Magic Mike’s Last Dance in April, replacing Thandiwe Newton, after filming began in London back in March with franchise star Channing Tatum. She shared a salsa dance with her costar in a cute video for his 42nd birthday in April.

The Academy Award nominee received a star on the Hollywood Walk of Fame in November, becoming the 2,709th celebrity to be honored with a coveted star on the walkway outside TCL Chinese Theatre.

Hayek has been married to Pinault, 60, since 2009 and they share 14-year-old daughter Valentina Paloma. She’s also stepmother to his three children from previous relationships.

For interviews and behind-the-scenes of the making of Top Gun: Maverick, pick up PEOPLE‘s Top Gun special edition, available now wherever magazines are sold.