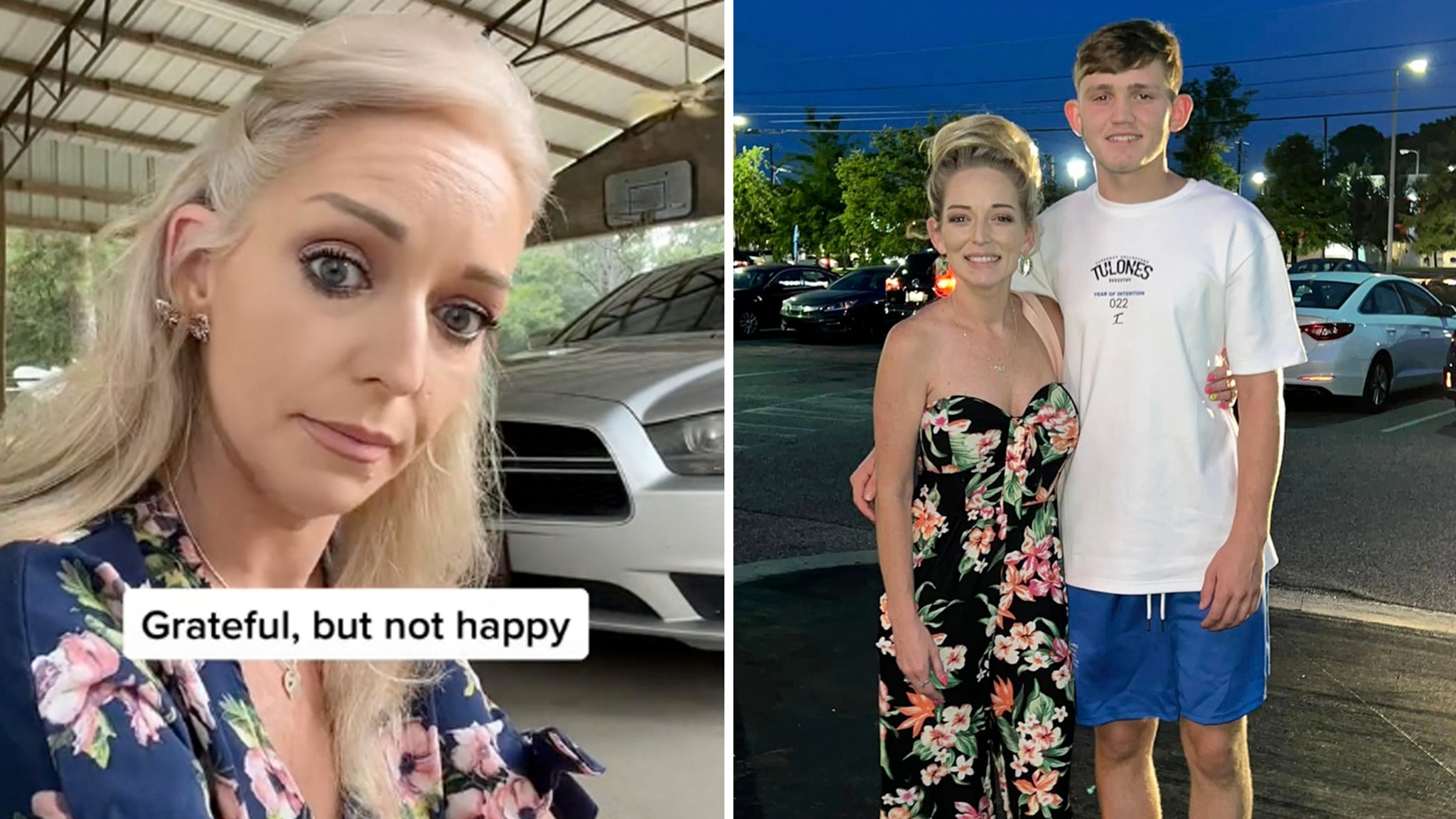 “When I seen that mugshot last night, I thought to myself, ‘My goodness, he’s just a baby.'”

Ophelia Nichols, the Alabama TikTok star whose son Randon Lee was killed in a shooting back in June, is feeling for the family of one of the men charged in his murder following his arrest.

On Thursday, 20-year-old Reuben Gulley turned himself into authorities on a murder charge, after a warrant was issued for his arrest earlier this month.

Arrest made in killing of local TikTok star’s son https://t.co/gxzZuRpRCy

At this point, it’s unclear whether authorities suspect Gulley of shooting Lee or driving the getaway car, after the 18-year-old was killed while allegedly dealing drugs to the two suspects at a Prichard, AL gas station.

According to Fox 10, Gulley was denied bond during a hearing on Friday and is being held at the Mobile County Metro Jail. An arraignment is set for next Tuesday.

On Friday, Nichols — who is known as Mama Tot on TikTok — shared a pair of videos reacting to both Gulley’s arrest and other TikTok stars who rushed up their own videos about the update before she even commented on it publicly.

“I would have loved to get on here last night and say, ‘Guess what?’ but unfortunately, the news and other people didn’t allow that,” she began in her first video to her 8.5 million followers.

“I’m getting 100 messages saying you must be so happy right now and I am not. I am not happy. When situations like this happen or other traumatic situations, I look at everything, I don’t just look at this and make a decision or an opinion, I look at everything,” she continued. “And when I seen that mugshot last night, I thought to myself, my goodness, he’s just a baby. He’s just a baby.”

“Then I seen comments from his teachers that said, ‘I taught him in high school and he was a lovely young man.’ I bet he was. I bet he was,” she went on. “That just made me think, within 11 seconds, he made a decision to just throw his life away. And there’s one thing that he and my baby child had in common and that is that they both had a mother that would do absolutely anything for them. I’m sure they have that in common.”

TikTok Star Pleads to Her 7.5 Million Fans for Help Catching Son’s Killers After He’s Gunned Down In Alabama

Nichols then talked about some of the other people who have “hurt me really big” since her son’s murder first made headlines, saying so many people have made “such terrible comments about my baby child.”

While she said she hopes there’s “justice” in her son’s death, she reiterated that “there are two families hurt” in this situation, “not just me.” She also acknowledged that there are a lot of other families in her town “that ain’t never got justice.”

In a followup post shared later in the day, Nichols reacted to other TikTok creators tagging her in their own reaction videos to the arrest. She explained that she knew for about a week and a half that an arrest warrant had been issued, but didn’t know Gulley had turned himself in until a reporter called her asking for a comment. She said that after she got off the phone, she heard from a detective who confirmed the news and then went to TikTok to create a video, only to see others had already churned out their own about the news.

“My baby child’s life isn’t a funny gossip story that happened in a funny small town a month ago that we can laugh about it today … this is my child’s life. And my child was murdered,” she said, upset about how others had jumped to create content around his death.

She concluded her video by admitted that maybe she was “getting mad about the wrong thing.”

At the time of his death, Prichard Police Department Detective Jason Hadaway said that Randon was “selling narcotics” to two individuals who they had identified as suspects in the case. Per Hadaway, the suspects were seen in surveillance video getting inside Lee’s vehicle at a gas station, before one shot was fired and the suspects left with a handgun.

Cops say Lee attempted to “try and escape the individuals” by driving his vehicle to another gas station across the street after being shot. Paramedics were called, but he died on the scene.

Hadaway said Lee was selling marijuana and authorities found narcotics in his vehicle.