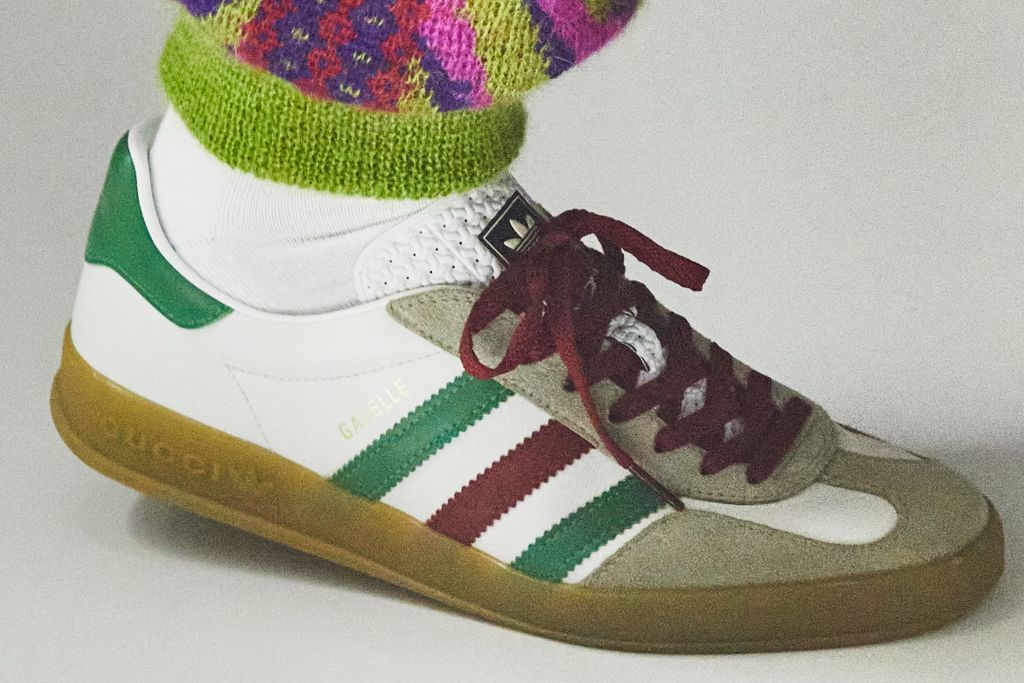 
Fashion Week is a wrap, but the TikTok fervor around the biggest shoe stories in New York, London, Milan and Paris is just beginning.

One of the most unexpected viral hits of the season came from London, where Dirk Vaessen presented his graduate collection — and his unforgettable abstract shoes made of wood — as part of the London College of Fashion show.

“The shoes are not there for being shoes, but more like a tool that changes your posture. It was based on the concept of form follows function. So I took away all the unnecessary things in the shoes,” the 26-year-old Dutch designer told WWD. While he was unknown three weeks ago, today the hashtag #dirkvaessen has 23.6 million views.

In Milan, Adidas x Gucci was the collaboration that got everyone talking. The pair collaborated on updated versions of Adidas Originals Gazelle sneakers and co-branded knee-high boots. There were berets and corsets, track suits and dresses. Gucci’s Diana tote bag, a tribute to the late Princess, also got the Adidas treatment too

At press time, two week after the collection hit the Gucci runway, there were more than 90.1 million views of the #adidasxgucci hashtag.

On the trend front, platforms were once again dominant, and while almost every major label sent the style down the runway, Versace continues to reign in this area. Retailer after retailer told FN they can’t keep Versace platforms in stock; they sell out as soon as they hit the floor and waiting lists just keep growing. The demand isn’t going to wane anytime soon — for fall, Donatella delivered the satin triple-layered platform with a new twist, a pointed toe. On Tik Tok, #versaceplatforms have 5.6 million views so far, and that number is sure to grow exponentially.

Besides the platform, the other silhouette of the season was the thigh-high boot, seen everywhere from Bottega Veneta to Saint Laurent to Givenchy to Amina Muaddi. How to wear the sometimes tricky style? Just search #thighhighboots on TikTok and you’ll get plenty of advice. So far, the hashtag has gotten 48.1 million views.

Speaking of Amina Muaddi, the designer is unstoppable on every front. Muaddi masterfully owned social during Paris Fashion Week — with a little help from Rihanna, who wore a custom pair of Muaddi’s black patent boots to the Dior show — despite the fact that she didn’t even have an official presentation. No wonder #aminamuaddi has been viewed 31.4 million times on TikTok.