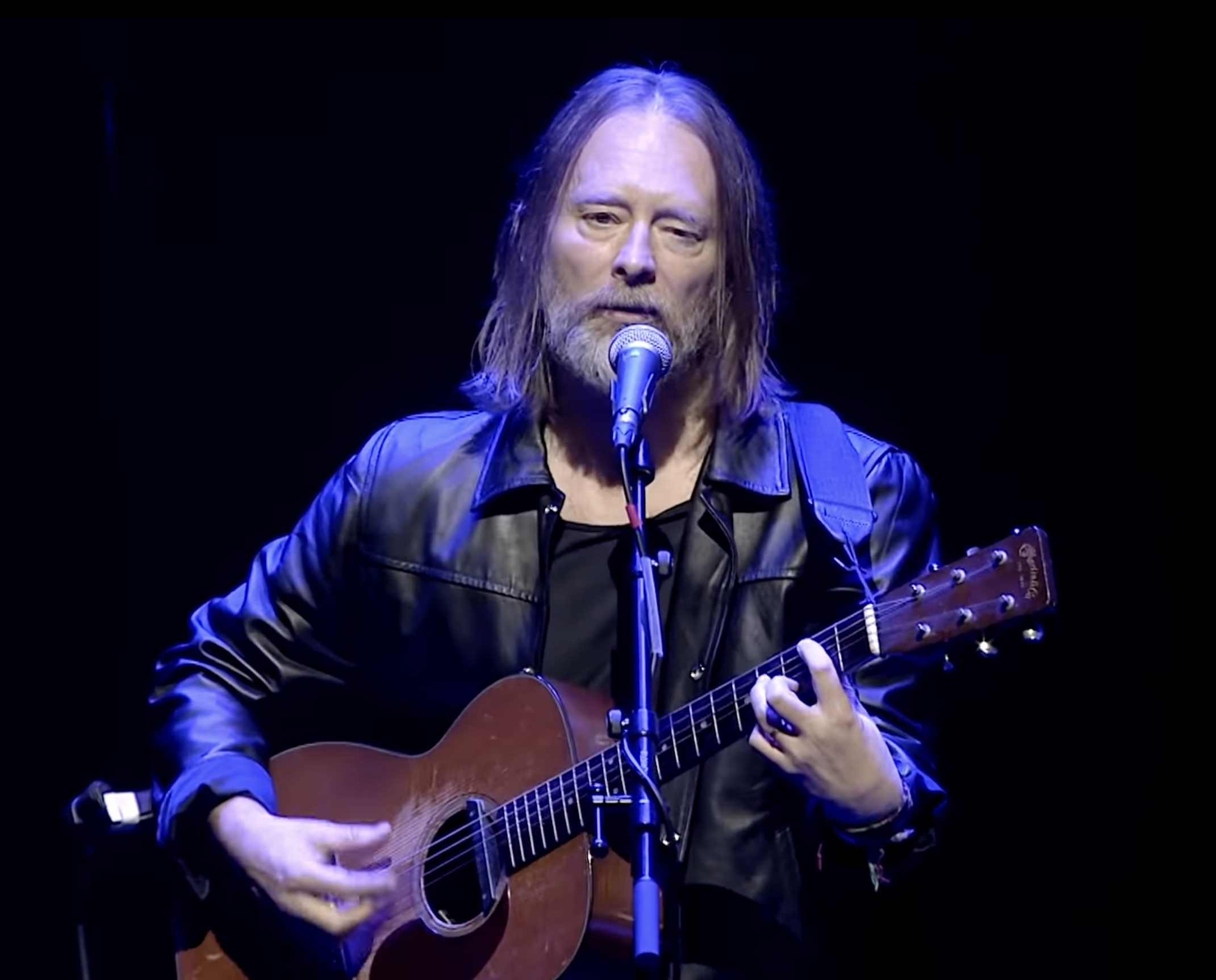 
Last spring Radiohead’s Thom Yorke and Jonny Greenwood revealed they’d teamed up with Sons Of Kemet drummer Tom Skinner to form a new band called the Smile. The band debuted quite a few songs in a Glastonbury livestream in May and gave a surprise performance on Instagram earlier this month. Their upcoming debut album, which may or may not be a rock album based on muddled comments from producer Nigel Godrich, is one of our most anticipated releases of 2022.

Back in October, Yorke gave his first onstage performance since the onset of COVID-19 at a Letters Live event at London’s Royal Albert Hall, a star-studded event billed as “a celebration of the enduring power of literary correspondence.” In addition to readings by actors like Benedict Cumberbatch, Daisy Ridley, and Brian Cox, Yorke was there to perform the Smile song “Free In The Knowledge.” In a spoken introduction, he said the song was dedicated to his fellow UK musicians:

A lot has happened. I’m a British musician and I was told during the pandemic, along with all British musicians, that we should consider retraining. And then after, uh, when we actually finally left, they told us we didn’t really need to tour anymore anyway, did we? Around Europe. So perhaps I’m one of a dying breed, who knows? I want to perform a song that I wrote with my new band the Smile during that period to all my fellow UK musicians. It’s called “Free In The Knowledge.

Letters Live has now published professional video of the performance, which you can watch below.