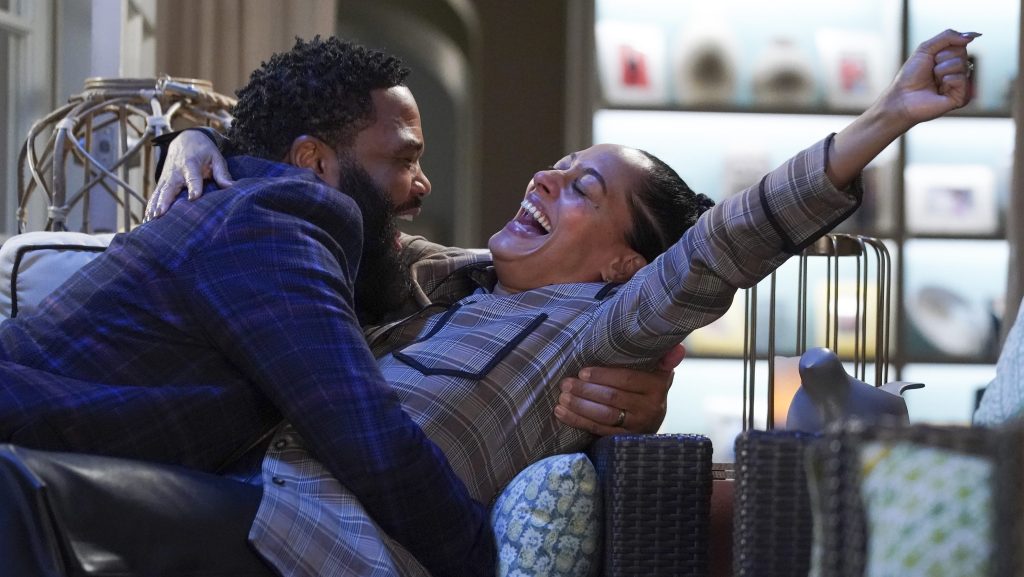 After eight seasons, Kenya Barris’ ABC comedy Black-ish came to a bittersweet end with the series-finale episode “Homegoing,” with the Johnson family selling their place so they could return to living in a Black neighborhood. It also turned into an opportunity for the cast and crew to, quite literally, dance in the street for a job well done. Here, Barris and showrunner Courtney Lilly discuss the comedy’s finale, what they hoped to accomplish, and what’s next for the franchise.

DEADLINE: The episode ends with a New Orleans jazz funeral to celebrate the end of their life, so to speak, in that mostly white neighborhood. And it was followed with dancing in the streets! Too bad the dancing didn’t go on for longer. It was great to watch.

COURTNEY LILLY: I know! Obviously there have time constraints and this and that, but that was a lot of our crew in that shot. If I could go back, I just would’ve stayed there longer, you know? ‘Cause that’s what we felt where we wanted to be. We knew we wanted to celebrate what so many of us had done over the last eight years — not just the cast, not just the writers and executive producers, but the people who showed up 5:30 in the morning to make this show. Once we got the idea for the jazz funeral, we wanted our people to be a part of that. It was incredibly moving, especially since over the last two years were we weren’t able to spend a lot of time together. Everybody was so honored to be able to participate in this moment.

DEADLINE: Where was it shot, in Los Angeles?

KENYA BARRIS: I was not there. I was actually shooting my movie.

DEADLINE: Is this the ending that you always wanted?

LILLY: We started talking about it in Season 7, ’cause we didn’t know when the final season was gonna be. We had early conversations about where the Johnson family would go. And if I remember correctly, I believe one of our executive producers, Laura Peterson, who talked about the family moving back to a Black neighborhood. That was completing the circle.

DEADLINE: Did you go to school on any other series finales for comedies?

BARRIS: Of course you think about them. We wanted to end on a high note. We didn’t want Tony Soprano to get shot as it goes black or wonder if he got shot or not. We wanted to celebrate the family as best we could.

LILLY: I mean that’s like the first thing you do. But you don’t try to satisfy a fan base. That took some of the pressure off. We’re a family show. I remember watching the Cheers finale and they really did go full circle with it, with Sam closing the bar at the end and not letting someone in for a drink versus the pilot where he let somebody in. They were able to go out on their own terms. A lot of it is just about a celebration of what we’ve done. It’s not like, “Okay, well, we’ve gotta cover this topic.” Let’s give the audience more episodes where they can experience the joy of this family.

DEADLINE: Daughter Zoey came back, but only for the very last scene. Why is that?

LILLY: It really came down to Yara Shahidi’s availability. She’s obviously in Grown-ish, but she’s also a full-time student in Harvard and in her senior year right now. We would have loved to get her for more, but her priority is graduating. Rashida Jones was somebody we were trying to get ’cause she played [Tracy Ellis Ross’ sister Santamaria] on the show. But she got stuck in London for a movie thing and they couldn’t let her out. It’s kinda interesting now as we sit here and think, “Oh, we could have done this or that.” If we could have done more, it would’ve been awesome.

DEADLINE: Let’s talk about that moment with the casket.

LILLY: We actually got to screen the finale at the Smithsonian National Museum of African American History & Culture in Washington, D.C. recently. And you know, coming out of that really nice emotional scene between Anthony and Tracy to the casket, people just laughed, man. It was like, of course that’s what he doing. This is a character who liked to live out loud and in an extreme way the entire time. So of course he’s gonna do this in an extra kind of way. It just felt like a nice way to bring the series and the character to a finale.

DEADLINE: I feel like this is perfectly teed up for a movie that shows where they are, 10 years from now.

LILLY I mean, if Hollywood hasn’t kicked me out for being too old in 10 years, I’d certainly be open to that kind of conversation. I’ve been asked a lot about the legacy of the show and I’m not great with legacy. It’s just not generally how I work. Maybe it wasn’t winning Emmys or wasn’t the hottest, coolest thing versus Friends and Seinfeld. But there were a lot of young people who were influenced by the show who ended up becoming television writers, and we got all the Emmy nominations. I’ll be very clear about this: I think it’s a crime that our talented cast never received a SAG win for comedy ensemble [it was nominated in 2017 and 2018]. But I do think a lot of people watched it with their families. I think we live on through the people who continue to do this work that I find so fulfilling, powerful and interesting.

DEADLINE: What did you accomplish on the show that you didn’t think was possible when you started?

BARRIS: Season 8. I would’ve never in a million years thought we would accomplish that, so that in itself is a legacy. ABC has been unbelievably supportive. There’s no animosity or anything. Every book comes to an end, but I feel like, you know, you know, there are so many stories that can be told with this family, which makes me want to keep doing it. There’s nothing I will let taint the amazing journey that I got to go on with this family. It changed my life and so many people’s lives on and around this show. I have nothing but positive things to say about it.

DEADLINE: What won’t you miss about being on broadcast TV?

LILLY: The realities of network television versus streaming and all those kinda things. We were literally like, there’s no reason it needs to end, it can go on for years and years.

DEADLINE: So what is next for the franchise, is Brown-ish still happening?

BARRIS: We’ll see. It won’t be called Brown-ish, but we’ll see what happens. Right now we are having a great time with the new season of Grown-ish. I think that people are gonna be very happy with some of the changes and some of the things that stayed the same on that show.

DEADLINE: And what about Old-ish featuring Laurence Fishburne as Pops and Jenifer Lewis as Ruby from Black-ish. Is it still alive?

BARRIS: In my mind it should be alive, so put that out there.