Historically, blended Scotch whiskies have always been King. This remains the case despite single malt sales rising significantly over the last two decades. To put this into context: Glenfiddich, the biggest selling Scotch single malt, does not sell as many bottles each year as any of the 10 whiskies on our list below.

Many of these giant blended Scotch brands began in humble surroundings during the Victorian era, with several conceived at grocery stores in various locations around Scotland. The proprietors blended whiskies from local distilleries just as they were blending teas, coffees and spices that were arriving from around the British Empire. The names of these early whisky pioneers are now engrained in our culture.

What is a Blended Scotch? 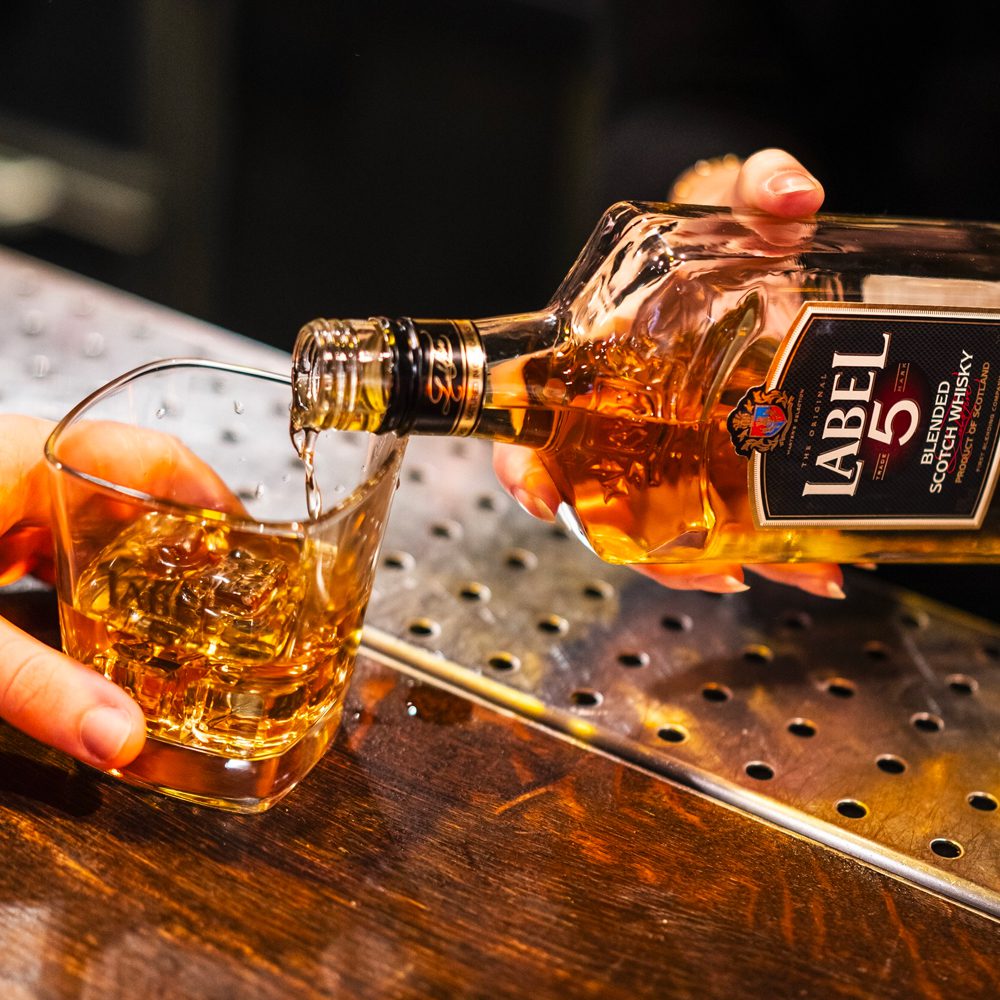 A blended Scotch is a whisky that marries together two or more single malts, often many more, from different distilleries with single grain whisky. Single malts are made from 100% barley. Single grain can made from any cereal that is not barley – this is normally wheat these days, although maize has been used in the past.

The single grain is used as a foundation upon which the different notes of the single malts are layered. This creates the aroma and flavour profile that the Master Blender is looking for. The endless possible combinations give incredible flexibility and breadth to push the final whisky’s character in any chosen direction. This classic old blend is one born out of the Victorian grocery store scenario. George Ballantine opened his shop in Edinburgh in 1827 and started blended and maturing his own whiskies some years later. The rest, as they say, is history.

The brand grew rapidly and was first exported in the 1880s. The cornerstone of the award-winning range is Ballantine’s Finest, which was introduced over a century ago in 1910. This whisky has helped Ballantine’s become the world’s second biggest selling Scotch whisky brand. A fabulous blend that was originally called House of Commons in a hat tip to the British Parliament. Its creator was London-based James Buchanan, and he designed the now-famous logo featuring two dogs – a black Scottish Terrier and white West Highland Terrier – in the 1890s on the way home from a dog show.

The pair proved so popular that Buchanan had to eventually bow to public pressure and change the name permanently. Black & White is big in France and huge in South America, which is its main market today.

Buy now at Master Of Malt John and James Chivas were farmers-turned-grocers who had a massive impact on the whisky industry in and around Aberdeen. The brothers’ grocery shop in the Granite City received a Royal Warrant from Queen Victoria in 1843, with their whiskies served at nearby Balmoral.

The first bottling under the Chivas Regal name appeared in 1909. The best-selling Chivas Regal 12 years old expression was released in 1939 following the lifting of Prohibition in America a few years earlier.

Rich and sweet with Speyside malts at its heart. John Dewar’s small wine and spirits merchants in Perth was the birthplace of this popular whisky. Founded in 1846, Dewar began blending local whiskies, as was the fashion at the time. The brand really took off in the 1880s and spread across the British Empire rapidly.

The flagship White Label was launched in 1899 and remains the biggest seller in the range, and by a long way. Dewar’s has gone on to be the world’s most awarded blended Scotch whisky with over 1,000 medals accumulated over the years. Like John Dewar, Matthew Gloag was a wine merchant in Perth. However, it was his nephew, also named Matthew Gloag, who would later create the famous blend. The Grouse first appeared in 1896, named after the small bird that inhabits the slopes of the nearby Cairngorm mountains.

It changed to Famous Grouse in 1905, with Gloag’s daughter drawing the now-iconic grouse character for the label. Today multiple variants are available including the peaty Black Grouse.

Sweet and honeyed with a whisp of distant smoke. William Grant kickstarted his whisky dynasty in 1887 when he famously built the Glenfiddich distillery in Speyside by hand with the help of his six children. Fast forward a decade and he launched the inaugural iteration of Grant’s blend. The iconic triangular bottle was introduced in the 1950s and has become synonymous with the brand.

The single grain comes from Grant’s own Girvan distillery, which sits perched on the Ayrshire coast. William Grant & Sons remains independently owned and one of Scotch’s true whisky innovators. J & B Rare is a whisky developed by the famous old London wine merchants of Justerini & Brooks. They saw an opportunity for a light and delicate Speyside-led Scotch blend in post-Prohibition America in the early 1930s. Once Prohibition lifted in 1933, they flooded the market and within two decades it was selling over six million bottles there per year.

Now, J & B’s heartland is southern Europe where it is marketed as a ‘party whisky’ and often sold with a mixer. Its light, grassy and fresh notes are perfect for a hot climate. The world’s best-selling blended Scotch whisky. Not only is Johnnie Walker in first place but it outsells its nearest rival, Ballantine’s, two to one. The Red and Black Labels account for the lion’s share of sales, but the range is vast and caters for all tastes.

It all began just over 200 years ago in a small grocery shop in Kilmarnock, a small town to the south of Glasgow. John Walker began blending his own whiskies and used an angled label to stand out from his competitors. Two centuries later the brand’s continual innovation has eclipsed everyone. The Label 5 blend was created by Frenchman Jean Cayard in 1969. His company, La Martiniquaise, remain as owners today. The Classic Black expression underpins the range, which has expanded in recent years to include 12- and 18-year-old variants.

The brand is huge in France but is also enjoyed in over 100 countries worldwide. Label 5 embraces modern culture and often release limited campaigns with musicians and street artists.

Expect plenty of apple, vanilla and toffee with cereals and a pinch of cinnamon. This fruity, bold and sweet blend has a high single malt content, which gives extra complexity and character.

William Lawson’s grew out of a amalgamation of numerous companies in the 1960s. It is named after William Lawson – a prominent Scottish whisky bottler, blender and exporter who rose to prominence in the 1880s.

Speyside and Highland whiskies drive the expressive flavour profile with France, Mexico, Russia, Spain and Portugal being its main markets. Consistently in the top 10 for years, often pushing top 5.