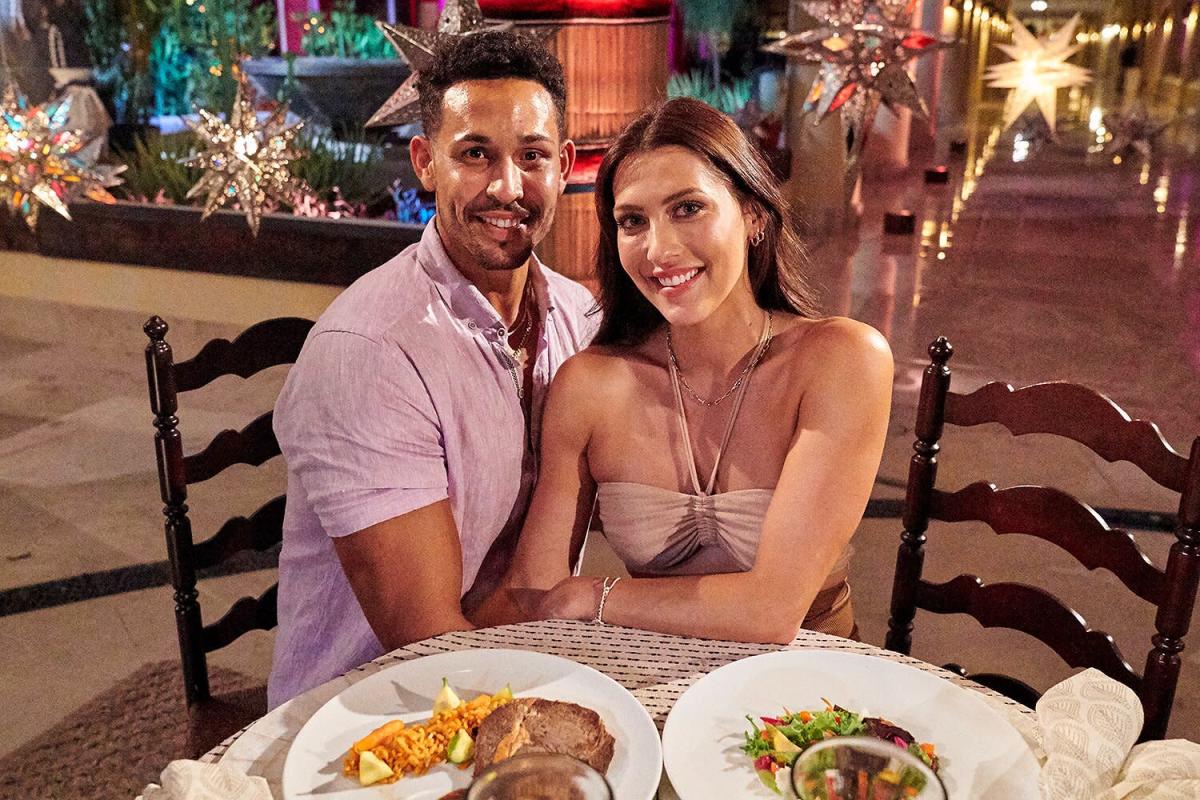 Becca Kufrin has found her happily ever after!

The former Bachelorette star is engaged to Thomas Jacobs, she revealed on Instagram on Sunday, announcing, “In the ultimate plot twist … HE SAID YES!”

“We’ve been keeping this secret just between us and close family & friends for a while but we’re so excited to shout it from the rooftops!” Kufrin, 32, wrote.

“I finally found my chauffeur for life and the one who makes my heart smile every single day. I can’t wait to do it all with you Tommy, thanks for making me the happiest gal alive. I love you to the moon & back,” she continued.

Kufrin’s post features Jacobs, 29, showing off his engagement ring, as well as plenty of bubbly rosé in champagne flutes and their dogs, Leo and Minno.

“The ultimate UNO reverse card / power move. You keeping me on my toes for a lifetime has a great ring to it. Cheers to forever Boops,” Jacobs added in his own Instagram post.

This is Kufrin’s third Bachelor engagement. She first got engaged to Arie Luyendyk, Jr. on The Bachelor, then accepted a proposal from Garrett Yrigoyen on her own season of The Bachelorette.

RELATED: Thomas Jacobs Sweeps Girlfriend Becca Kufrin Off Her Feet with a Kiss Amid Hawaii Getaway: ‘I Love You’

Jacobs was a contestant on Katie Thurston’s season of The Bachelorette.

Kufrin and Jacobs then met on Bachelor in Paradise Season 7. During an emotional season finale, they broke up, but reconciled after filming, Kufrin confirmed on Instagram during the season finale.

“I’m sorry for breaking up with you on national television, but I’ll take every day to make it up to you, Tommy,” she wrote. “Thanks for making my heart smile far more than it ever has. Now time to start this real life.”

“It was a new experience and I was like, ‘That’s really special.’ And if he’s willing to do that, then I’m willing to do that too,” she said on the Talking It Out podcast in October. “Obviously, you know, we came back and had to explore that on our own away from the cameras. But in that moment, I think that was game-changing for me because I really never had somebody fight tooth and nail to want to keep a relationship with me.”