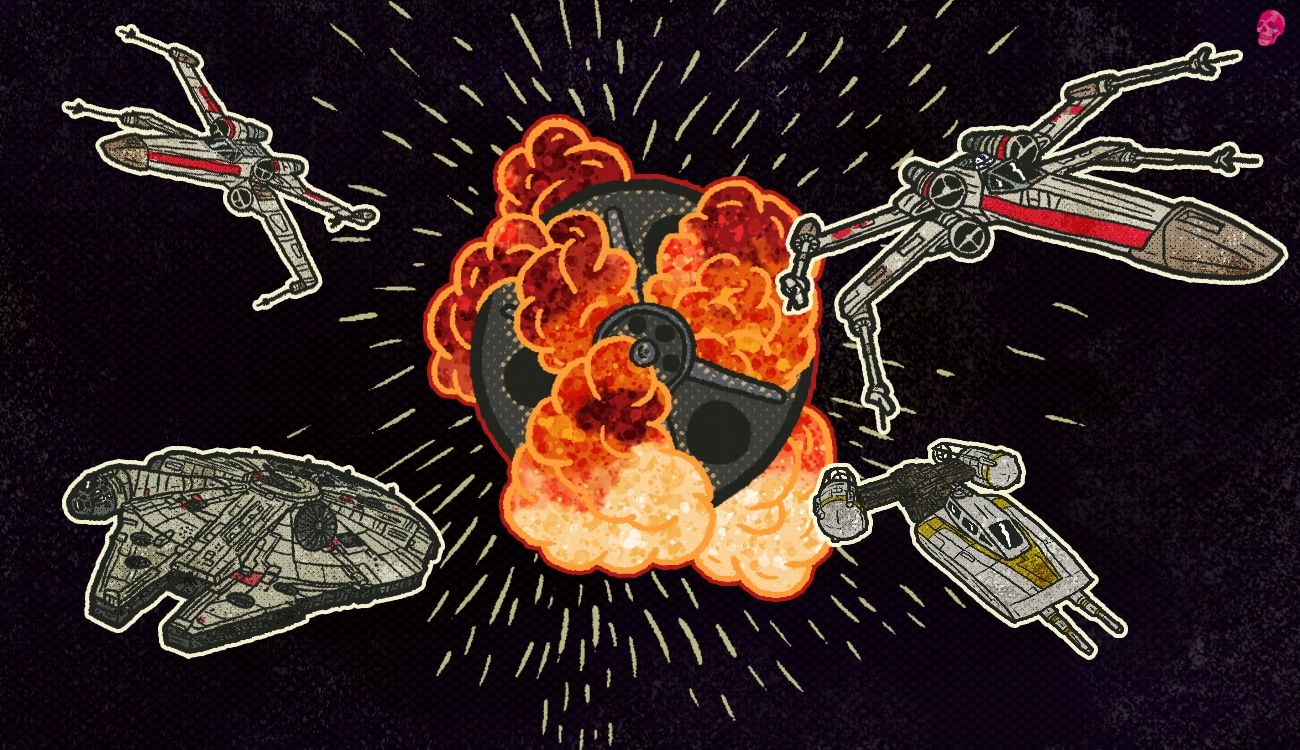 As a franchise, Star Wars needs no introduction. Spanning more than forty years, over ten films, and three television series (so far), the galaxy far, far away has been expanded and revised more times than you can possibly imagine. Perhaps the most striking “revision” came in 1997.

In 1995, the original trilogy (Star Wars, The Empire Strikes Back, and Return of the Jedi) was re-released on VHS. The advertisement campaign emphatically exclaimed that this was the last chance audiences had to see the original versions of these films. The “One Last Time” branding would prove prophetic.

Twenty years after the release of George Lucas’ seminal film, the trilogy was extensively altered for a 1997 reissue. Besides the usual “remastering” involved in cleaning up matte lines and grain, CGI creatures, spaceships, and locations were added to replace original effects shots; new sound effects were added to accompany some of these changes. Deleted scenes were also re-integrated.

The impetus behind these changes – beyond simply the 20th anniversary – was that Lucas had always been unhappy with how the trilogy had looked upon completion. Lucas was particularly dissatisfied with many effects shots – mostly from Star Wars – and the burgeoning digital revolution of the 1990s allowed him to revisit the trilogy and polish it.

The late Gary Kurtz, producer of Star Wars and The Empire Strikes Back, once noted that 20th Century Fox couldn’t have marketed the Special Editions as “new and different” if they were little more than remasters – that is to say, cleaned-up versions but otherwise the same films. Therefore, there was also commercial value in implementing many of the alterations. Moreover, on a cultural level, the success of the Special Edition releases re-ignited interest in the saga, paving the way for The Phantom Menace and the prequel trilogy two years later. A healthy dose of merchandising, courtesy of Hasbro/Kenner’s “Power of the Force” line of Star Wars toys, also contributed.

The Special Editions have, therefore, earned their seat at the table. But what came after?

By now, most people know that the Special Editions have ceased to be “special” editions. They have become the de facto versions of the trilogy that are commercially available. And the changes didn’t stop in 1997. In 2004, with the trilogy’s first DVD release, the films were revised again. The infamous Jabba the Hutt scene from the ‘97 Special Edition was altered up so that the CGI Jabba looked closer to his Return of the Jedi appearance – among other changes.

More significant alterations came in 2011 with the trilogy’s first blu-ray release. Chief among them was the inclusion of Darth Vader awkwardly shouting, “no!”, at the end of Return of the Jedi. Finally, further changes appeared between 2010 and 2012 that eventually saw the light of day when the trilogy arrived on Disney+ in 2019.

Presently, the theatrical cuts are not commercially available in any format.

The deliberate erasure of the theatrical cuts isn’t good for culture or history. Countless writers have pointed out the inherent value of the original cuts of these historic films – this isn’t even the first time I’ve harped on about them! But it does bear repeating: the original incarnations of these films left an unimaginable cultural footprint. To effectively bury them is a baffling act of destruction.

All of this seemed as far as the story went until Disney+ added the 2004 documentary, Empire of Dreams: The Story of the Star Wars Trilogy, to its service. The version on Disney+ opens with a title card informing viewers that it has been changed from its original form.

In the 2004 version of the documentary, original special effects shots accompany the production history of these films. For example, when discussing how John Williams scored the music for Star Wars, original effects footage from the Battle of Yavin is intercut with the composer conducting the London Symphony Orchestra. Of course, this makes sense as Williams would have composed music for those original shots. However, in the version now on Disney+, these shots have been replaced by the CGI footage from 1997. This trend continues throughout the documentary, with original model shots switched for their later CGI counterparts.

Thankfully, the portion of the documentary which covers the film’s 1977 release retains the theatrical footage, though by then the changes are already noticeable.

With the theatrical versions of these films replaced and made unavailable, what does it say that documentaries about the production of the trilogy are now being altered to fit the new brand image?

The Special Editions existing is not the issue, for countless filmmakers from Ridley Scott to James Cameron have given us a dozen different cuts of their films as well. But Scott’s Blade Runner (1982) has still received recent releases which compile all five cuts. Blu-rays for Cameron’s Aliens (1986) include both the 1986 theatrical cut and the 1991 Special Edition. However, it seems that Paramount’s latest blu-ray of Star Trek: The Motion Picture (1979) has made changes and adjustments – as pointed out by twitter user Star Trek TMP Visual Comparisons.

The issue is and always has been that of replacement. Other recent documentaries, such as Mark Kermode’s Secrets of Cinema series, have fallen prey to the dominance of the Special Editions. Segments in which presenters discuss the ground-breaking special effects now use CGI shots from 1997, demonstrating the totality of the replacement but also the harm to film history. How can these films be properly studied and taught if their original incarnations are effectively banished?

Documentaries offer one of the most accessible ways to learn, especially when available on large streaming platforms. The changes made to Empire of Dreams point to a wider problem, one that extends far beyond revising a film to meet one’s “original vision” Altering a film is one thing, but to change the material which helps us to understand its history is complete erasure. To alter our means of study – as if the original form never existed – is cultural and historical vandalism.

The fact that George Lucas sits on the board of directors for Martin Scorsese’s Film Foundation (a non-profit organisation dedicated to restoring classic cinema), and also funds other restoration projects through the George Lucas Family Foundation, only makes the disregard for the theatrical cuts more frustrating.  In Lucas’ own words, “preserving films, in terms of the legacy of the future, is probably the most important thing we can do.”

The future of Star Wars as a franchise and a brand will certainly be expansive. But it seems the further we get from the original trilogy, the more nails are applied to the coffin of the theatrical cuts. It is no longer an act of replacement, it is destruction.

That’s me being melodramatic, but only because Star Wars matters.

A huge thank you to Revised Fiasco Design for creating the fabulous header image for this piece. Please visit their Twitter page to see more of their impressive work.