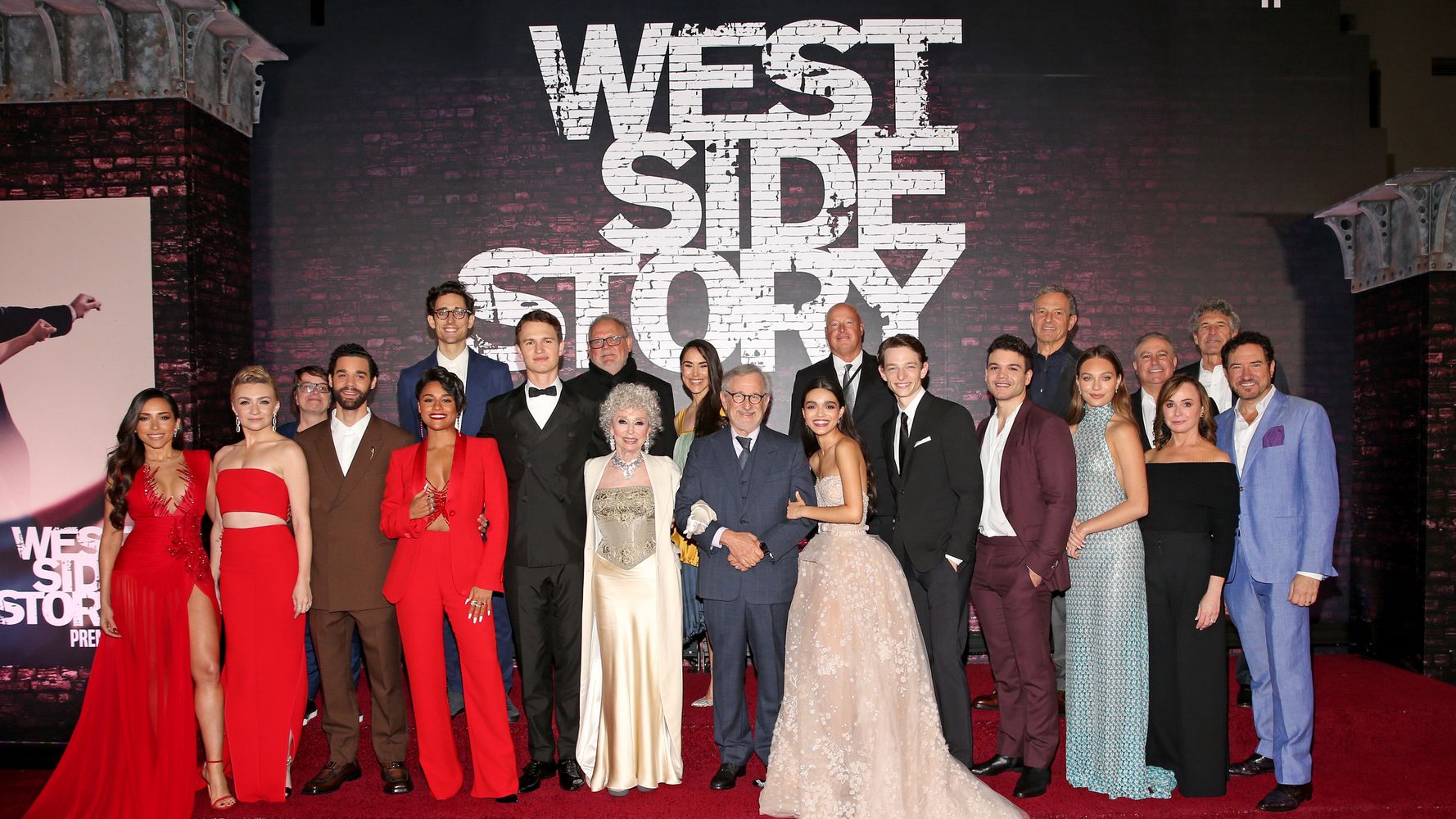 Nearly two years into the pandemic, Steven Spielberg’s reimagining of “West Side Story” is one of those films that reminds me why I missed movie theaters, and why I’ve been cautiously making my way back. A big, dynamic, splashy musical is the kind of movie that really benefits from the big-screen experience. As soon as I heard the opening notes of Leonard Bernstein’s iconic score (soon followed by the lyrics of the recently deceased Stephen Sondheim) reverberating through the theater, I was sold.

It’s hard not to admire the movie’s standout performances, especially from Ariana DeBose as Anita and the legendary Rita Moreno (who played Anita in the 1961 film adaptation) in an unforgettable new role that poignantly bridges the new and old versions. Coming out just in time for the holidays, “West Side Story” will likely be many people’s solution to the seasonal dilemma of picking a movie that will appease most members of your family or friend group.

Spielberg wanted his remake to be a corrective to the flawed and problematic 1961 film (directed by Robert Wise and Jerome Robbins, the latter of whom had also directed the original Broadway production). The new script, written by the great Tony Kushner, contains more cultural specificity and places the story in a clearer social context. Among the most noticeable changes in the new version is how it makes issues like gentrification, displacement and white flight much more central to the plot, reflecting the real-life importance they held when the show debuted in 1957 (and still hold today). Furthermore, when the characters speak Spanish now, there are no subtitles. As Spielberg explained: “If I subtitled the Spanish, I’d simply be doubling down on the English and giving English the power over the Spanish.”

But celebrating the movie as a corrective to Wise and Robbins’ version just doesn’t cut it in 2021. For one thing, the 1961 movie sets a very low bar. Casting Latinx actors to play Latinx characters (instead of, uh, white actors in brownface); making the characters more than just stereotypes ― these aren’t exactly groundbreaking achievements. They’re the bare minimum, a drop in the bucket after decades of Latinx erasure in Hollywood.

This isn’t about one remake of one movie, though. It’s about some fundamental questions as Hollywood grapples with how to build a more inclusive and equitable industry, and how to create real, enduring change for people of color in front of and behind the camera. Who gets to tell someone’s story? Who gets to hold power? And if you do have power, how are you using it?

Spielberg is one of the most powerful people in Hollywood. Simply reimagining “West Side Story” is a misallocation of his considerable clout. If you truly want to correct for the lack of Latinx representation in movies, why retell an existing story? Why limit yourself to remedying the flaws of one movie? It would have been far more effective and meaningful to use that power to, say, serve as a producer on an original movie by a Latinx director or writer, or create a program to fund the work of emerging Latinx artists in Hollywood.

While not exactly the same, Spielberg’s new “West Side Story” reminded me of another Hollywood approach to improving representation that is similarly limiting. On TV, we’ve seen a lot of remakes, reboots, revivals and reimaginings where the creators take an old property that originally centered white characters and rewrite it with characters of color.

As with the new “West Side Story,” the problem with those kinds of reimagined properties generally doesn’t lie with the shows themselves. (To be clear, one key difference is that many of these remade shows now have creators of color at the helm.) This year, I quite liked ABC’s new “The Wonder Years,” which centers a Black family in 1960s Alabama, and the Disney+ series “Doogie Kamealoha, M.D.,” whose teen-genius protagonist is a Native Hawaiian girl. It’s significant that these shows occupy a classic genre — the family sitcom — and that they’re produced by major networks and streaming services. They do help audiences see themselves reflected in mainstream entertainment, and can reach a lot of people.

But it would be even better if they were original stories.

It’s past time for more Hollywood gatekeepers and decision-makers to interrogate their power and use it more intentionally. In all of these cases, it would have been better for them to put their weight behind entirely new stories by creators of color, rather than repurposing stories originally told — and in some cases still told — by white creators. It’s a halfway solution, a bandage instead of a real treatment.