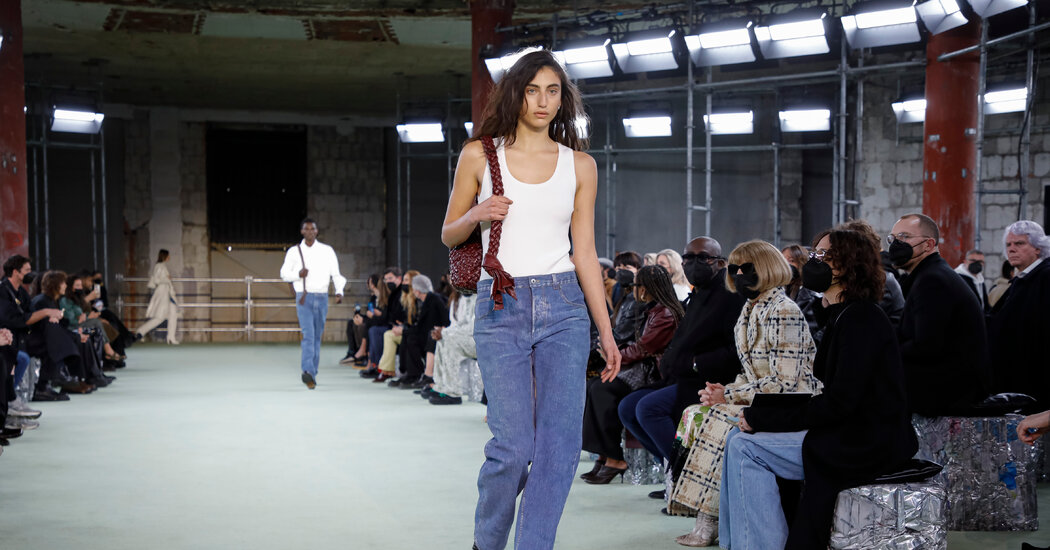 
MILAN — For years the fashion world whispered about a young designer called Matthieu Blazy, alumnus of Raf Simons, Martin Margiela, Celine (under Phoebe Philo) and Calvin Klein (with Mr. Simons). He was, in effect, the most hyped open secret in the industry whom no one had ever heard of outside. Every time a big job came up, his name would get mentioned, but he stayed behind the scenes.

Until November, at least, when news broke that Daniel Lee, the British designer who had reinvigorated Bottega Veneta, was leaving after less than four years — and would be replaced by Mr. Blazy, who had been his second-in-command.

That wasn’t just stepping into the spotlight, it was jumping smack into its red hot center.

After all, Mr. Lee had transformed the storied, somewhat staid, Italian brand into a harbinger of cool. He had made everyone obsessed with a very specific zingy, Pop Art shade of green. He had won all sorts of awards. And he had departed under particularly murky circumstances, leaving behind a fog of speculation — and that’s not even taking Covid and geopolitics into consideration.

Yet, said Mr. Blazy backstage on Friday after his first show, “I just felt it was time.”

So what did he do? He shrugged off the expectations, and brought Bottega Veneta home. In more ways than one.

After a trio of far-flung pandemic-period shows by Mr. Lee in London, Berlin and, most unexpectedly, Detroit, Mr. Blazy chose to return to Milan, where the company is based, to unveil his line. And not just Milan, but a decrepit theater that will be another Bottega headquarters in the city.

Guests sat on shiny amalgamations of old metal straight from the recycling crusher, with black leather cushions on top that later showed up as big clutch bags on the runway. They also happened to foreshadow what was to come, for those who were thinking about them and not distracted by the presence of Jacob Elordi of “Euphoria” in the front row. Mr. Blazy was going back to first principles, to rebuild.

He started not just with Bottega’s signature intrecciato, the leather weave that made the house’s name, in the form of over-the-knee boots, bags, skirts and loafers, but with a white tank top and some jeans. That they just happened to be made from leather made to look like denim, and thus not so basic at all, set the tone.

There was a little something for everyone. It all looked awfully bourgeois and polite until you looked again.

And saw, for example, the perfect navy pea coat, but with a saclike back, cut to curve out behind. A sleeveless navy V-neck sheath, the straps padded and rolled just enough to rise up like a shrug. An oversize boyfriend shirt, made in white leather so supple it resembled cotton, and worn with thigh-high black boots. Full leather midcentury skirts in butter yellow and lavender, bulked out not by a crinoline, but by an acre of fringe.

There was a lot of leather, often mixed with patched-together grandparent sweaters. Some elegant crombie coats. And for evening, lace slips with an overlay of nude sequins for slither and shine — and, in the last look, trompe l’oeil sequin breasts, complete with nipples, that suggested maybe some more fun was in store.

(Maybe literally in the store? Who knows.)

They weren’t, in other words, clothes that were going to revolutionize the brand image or suddenly make us sit up and feel an urgent need for a new pair of pants to express who we are. They weren’t clothes that pandered to the current streetwear moment (there was not a sneaker on display). They were, in many ways, a return to classic Bottega. They didn’t insist too much or try too hard. They suggested, with a wink and a nudge.

The look was old money with new ideas.

Subtlety has been out of fashion for the past few years. Not a bad time, really, to bring it back. There’s always some brand insisting that it’s going to be the Hermès of Italy. This show made it seem like perhaps a winner had arrived.